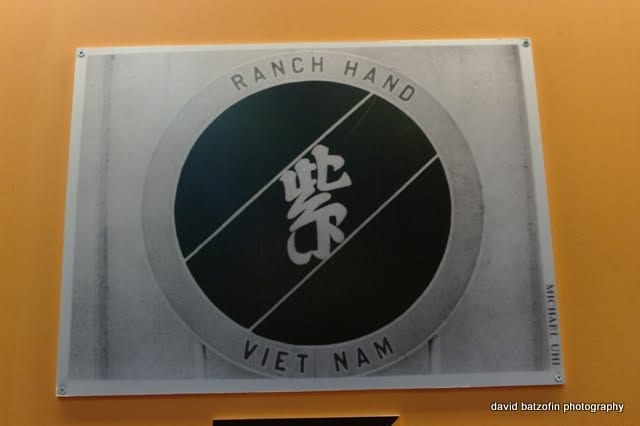 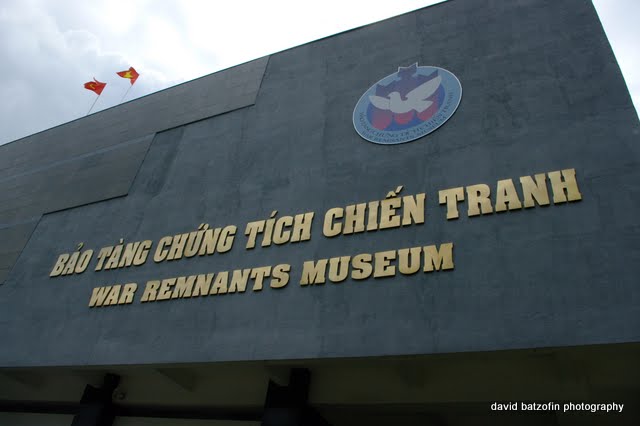 Our visit to this museum followed the trip to the Cu Chi tunnels and it offered the ‘other’ point of view…as out guide pointed out, doing only one would not give you the proper perspective of the war. 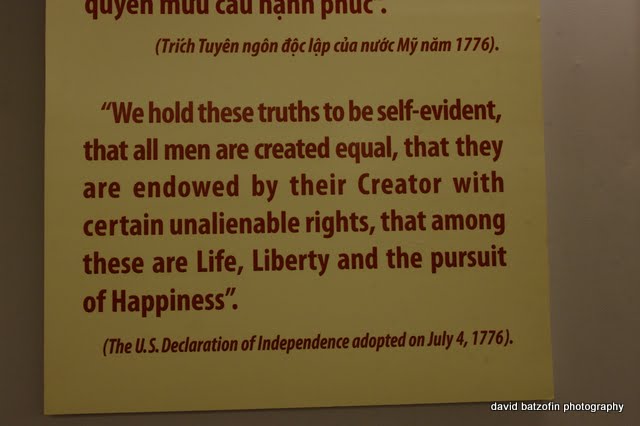 The visit was very emotional for me and I found many of the images on display deeply disturbing on many levels. 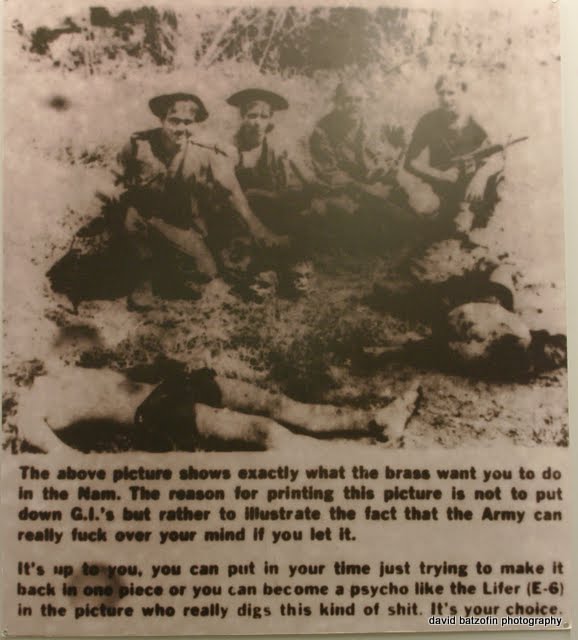 This image and these words probably sum it all up! 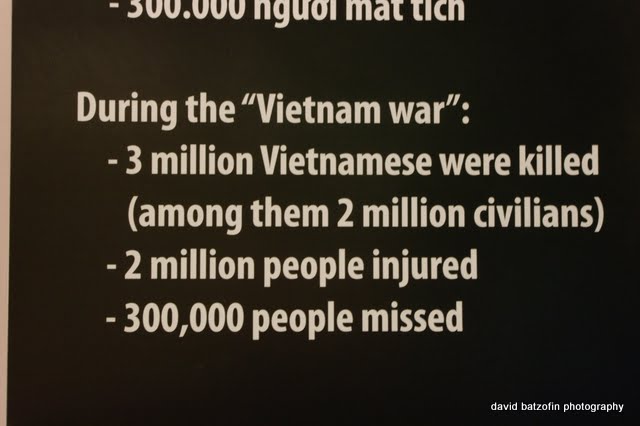 In any conflict there seems to be brutality(as was demonstrated by the forces in Afghanistan,Iraq, Iran and lately Libya) but the brutality demonstrated during this conflict seemed to be excessive to say the least! 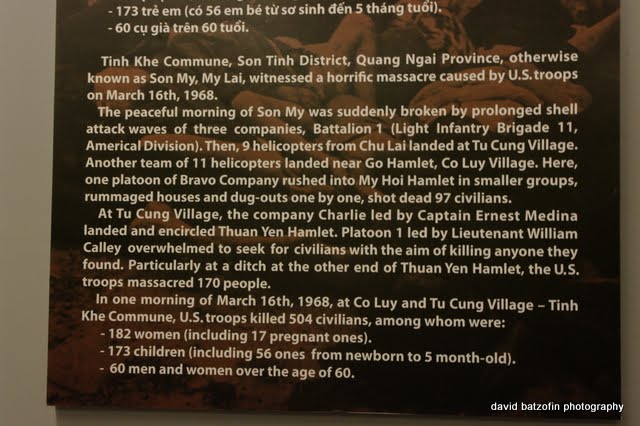 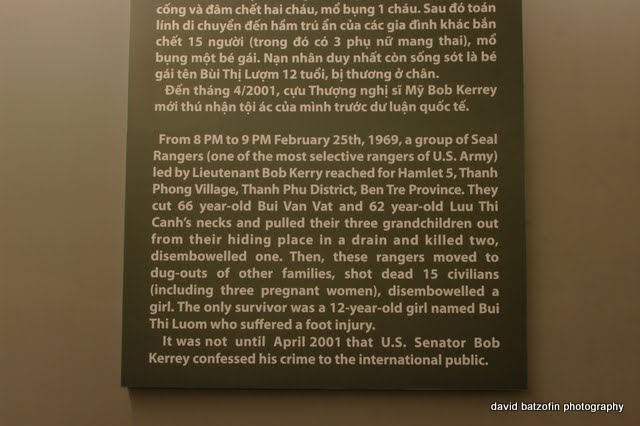 The images that accompanied these descriptions were too graphic to post on my Blog. I was angry that this sort of atrocity has gone unpunished while the country that committed these deeds purports to be the protector of the Western World and keeps trying to either capture or kill people they believe threaten them. Is it not time that men who admit to having carried out these deeds are tried and convicted of war crimes. 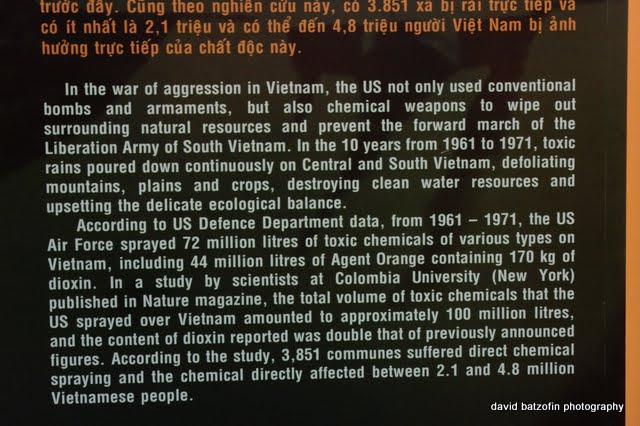 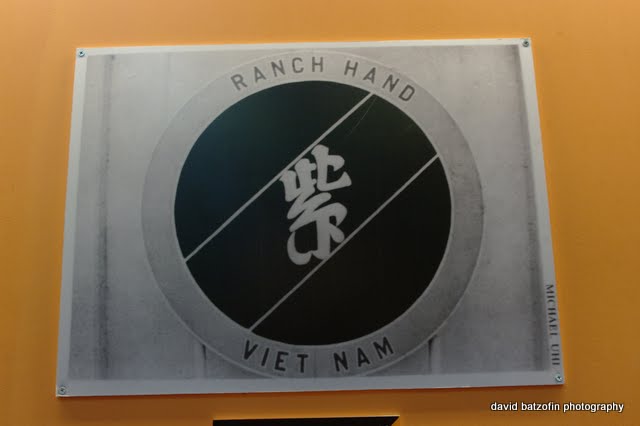 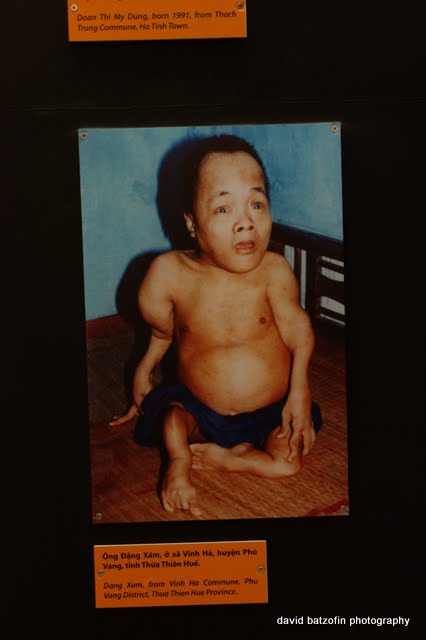 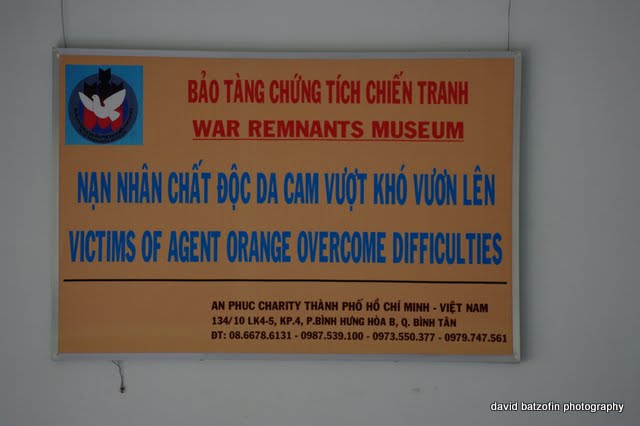 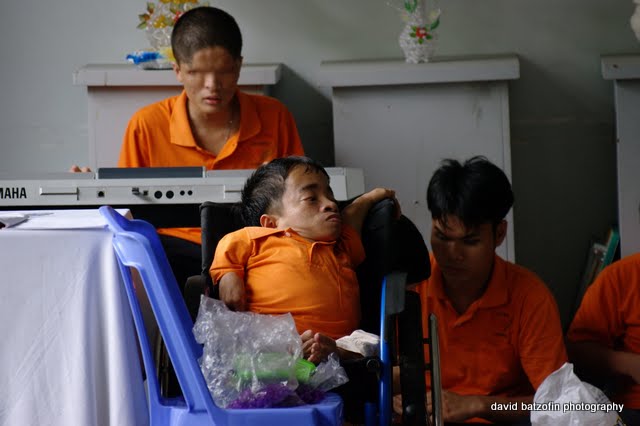 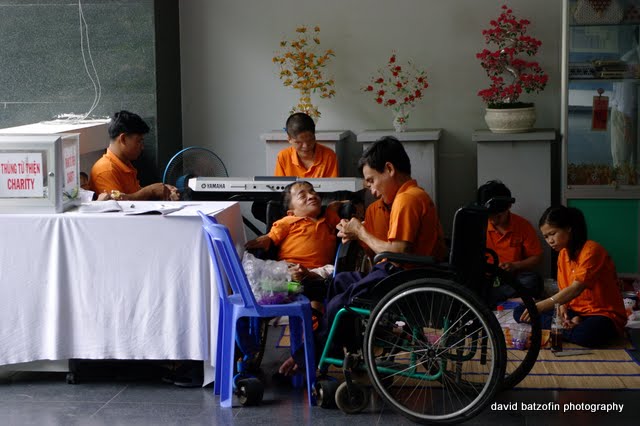 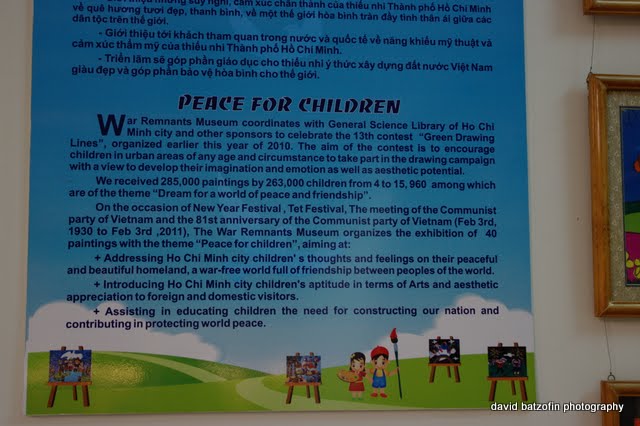 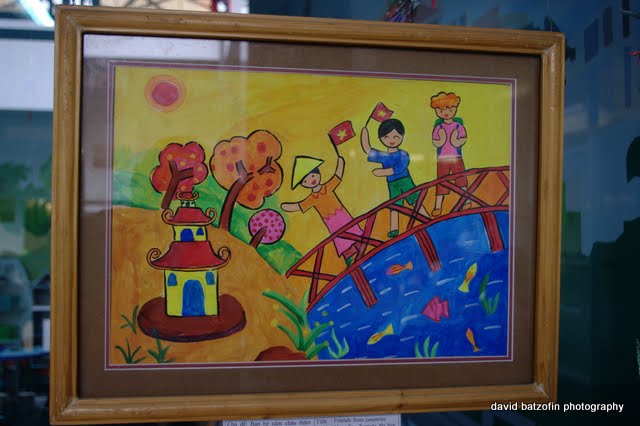 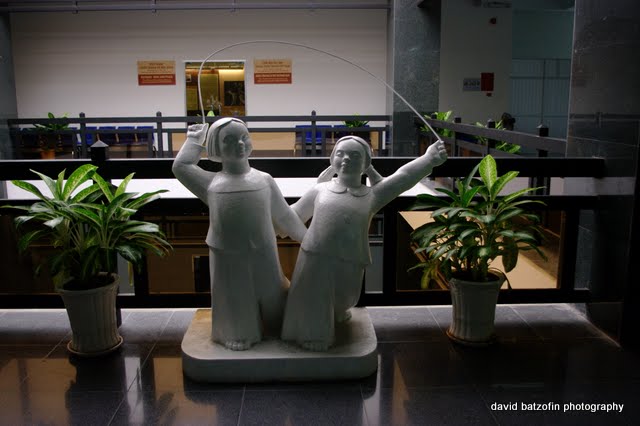 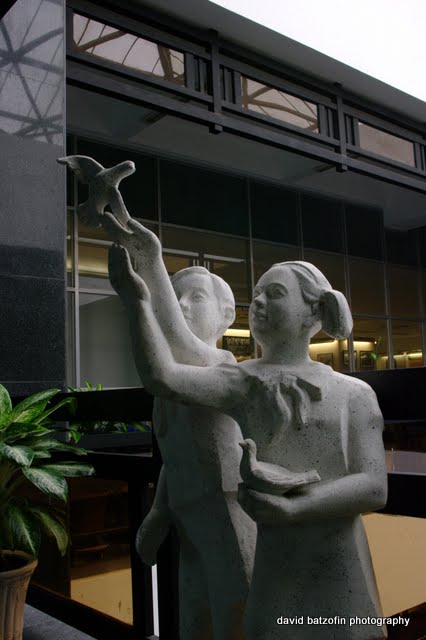 The bright colours of the painting and the simple beauty of the statues offered me some respite from the horror of the images I had seen. 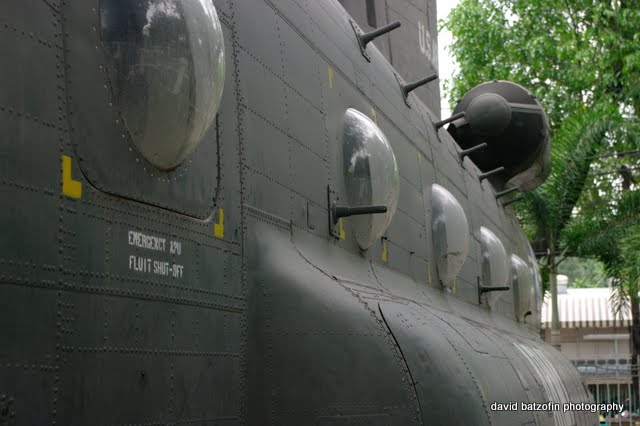 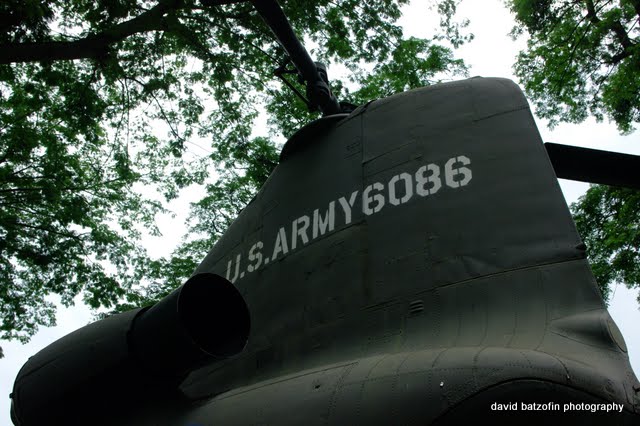 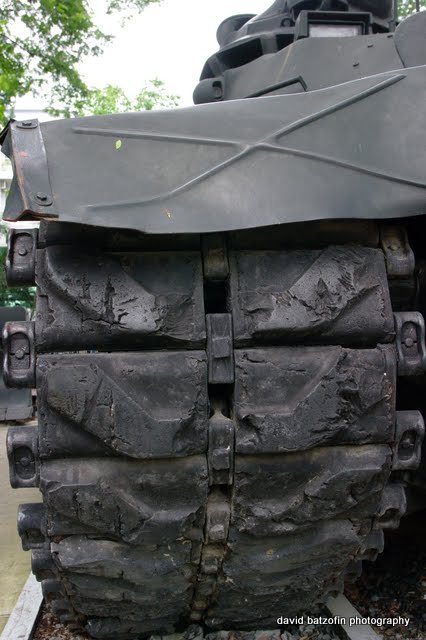 Outside the building there is military hardware that was either captured or left behind.
The Chinook helicopter, together with the iconic Apache are probably two of the most recognizable images from the war after the AK47. 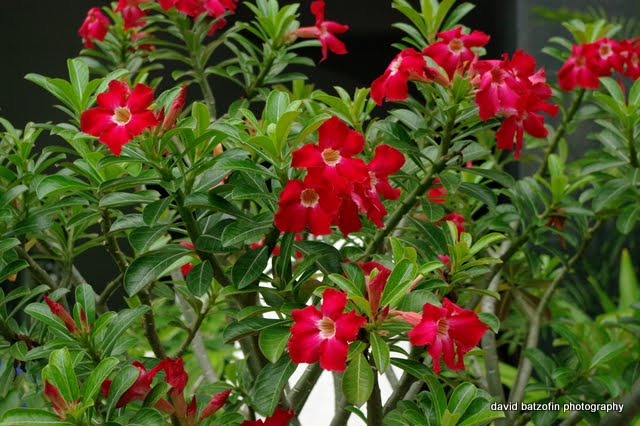 Once again, the beauty of these flowers are in stark contrast to their surroundings.
Although this museum might not appeal to all visitors, if you go to the Cu Chi tunnels, you owe it to the 10000 that died there to pay a visit here.
For more information visit: http://en.wikipedia.org/wiki/War_remnants_museum
Or email: warrmhcm@gmail.com