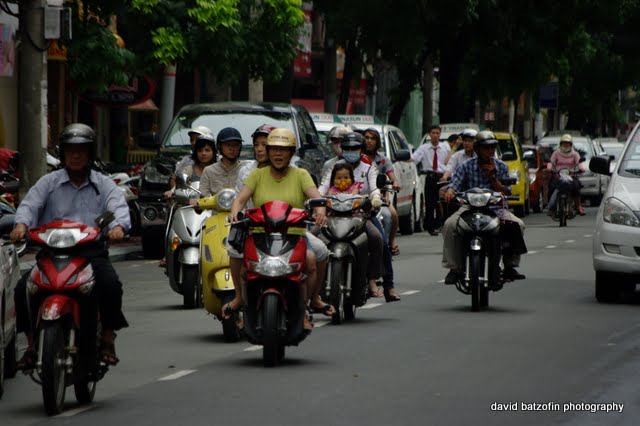 I was totally unprepared for the number of scooters that traverse the Saigon streets 24/7. 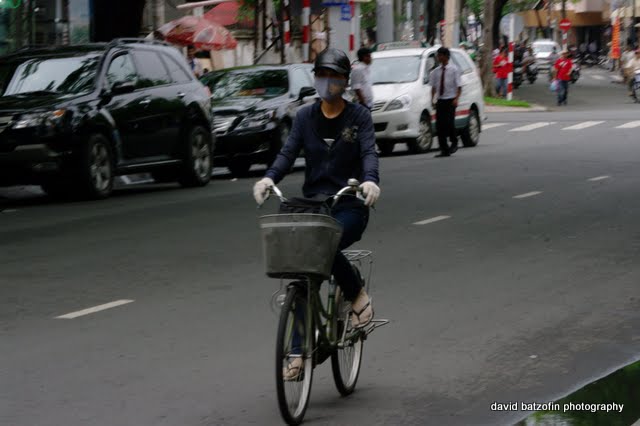 Some commuters still use bicycles, but they are now outnumbered by scooters that have become the sound of Saigon. 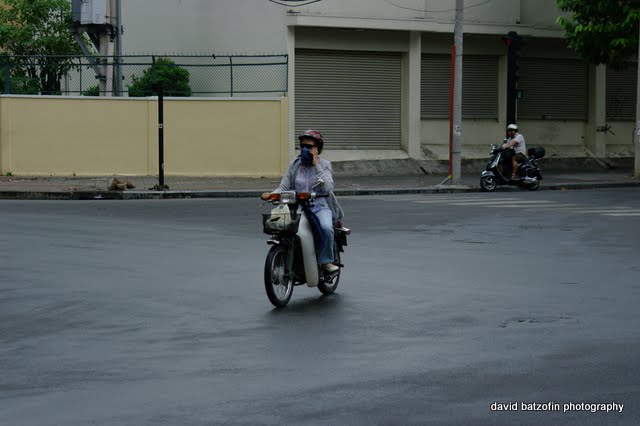 Most unusual to see only a single scooter…
with a single passenger. 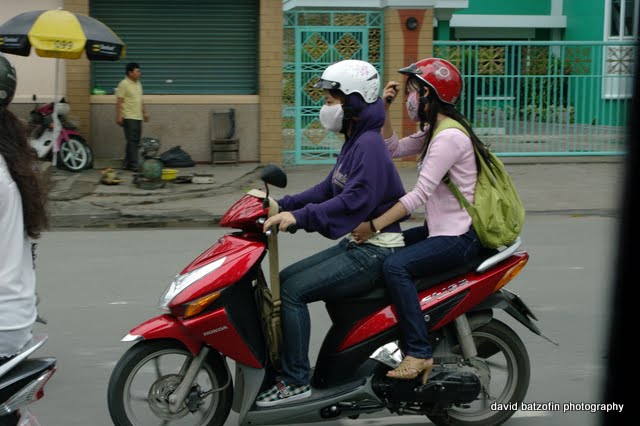 Usually there is at least one passenger 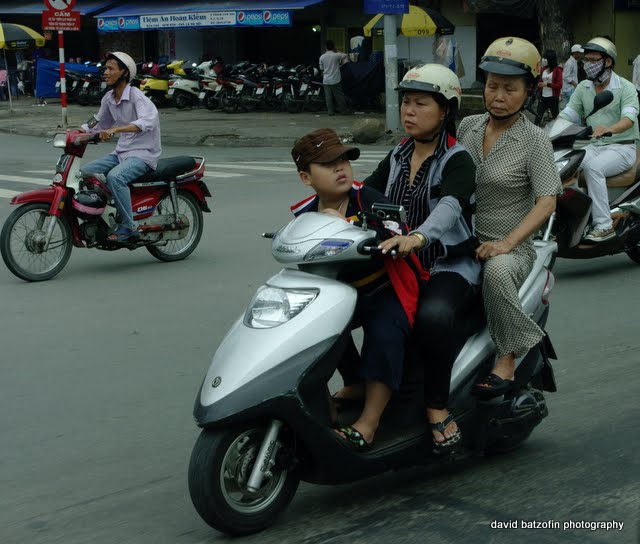 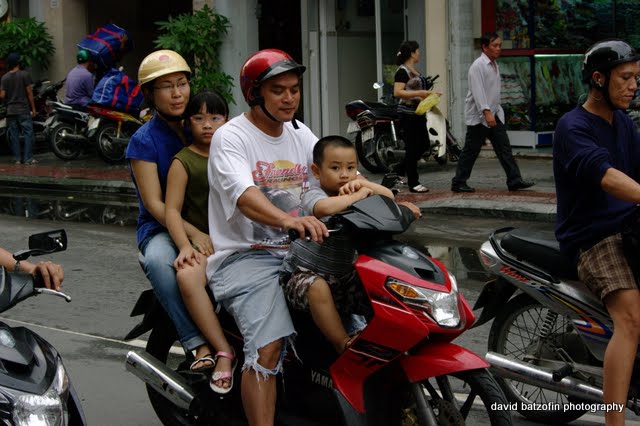 One to four people on a vehicle is not unusual…
I even spotted one that had six on board! 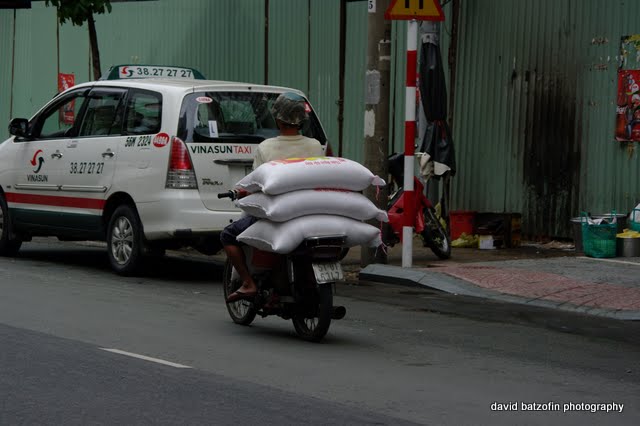 They are also used as delivery vehicles,
and can carry a variety of products. 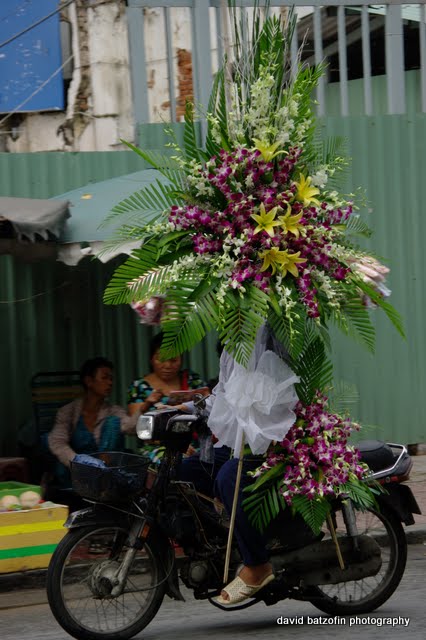 Under this floral arrangement is the rider. 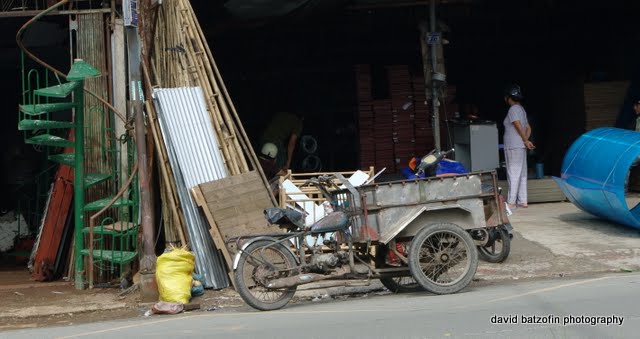 Some have been converted in order to carry more… 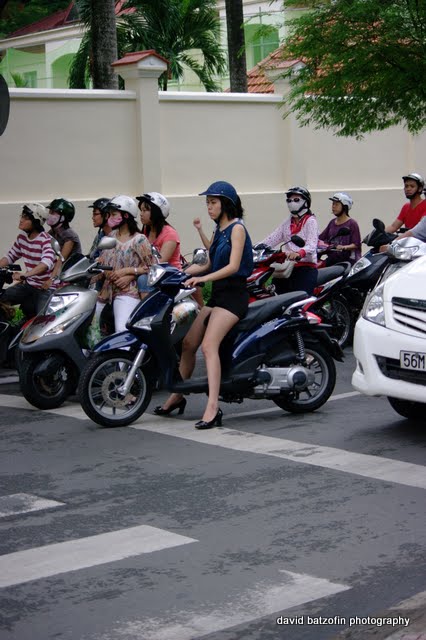 Even women in short skirts high heels drive them… 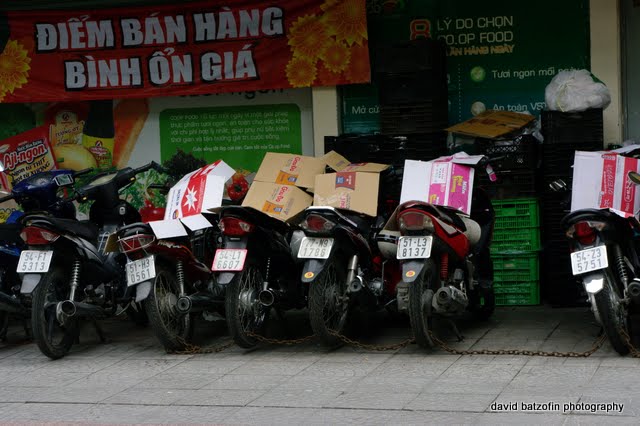 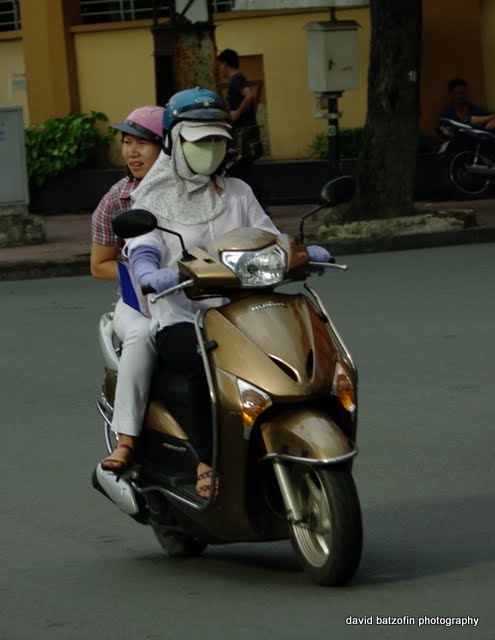 The mask and gloves are to keep the sun off.
Although both men and women wear masks, it seems to be only the women that wear the gloves. 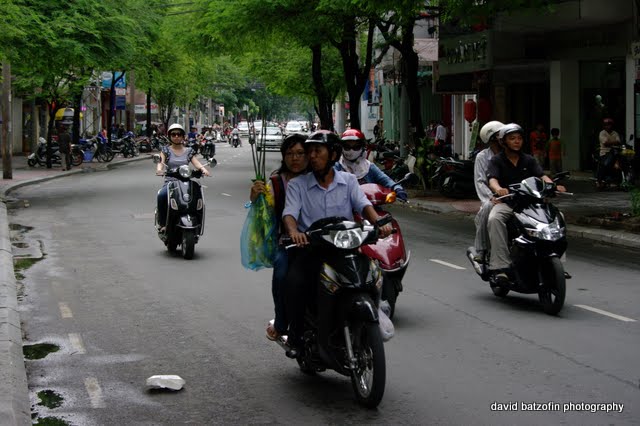 Crossing a road when faced by advancing herds of  scooters was rather daunting at first
.But cross slowly and they seem to flow around you rather than trying to run you down! 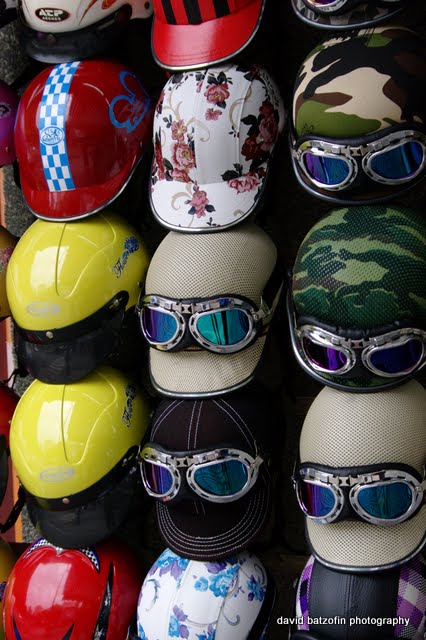 If I had to bring back a single souvenir that represents Saigon, it would have to be a crash helmet!
And I did…
It now hangs on my study wall.