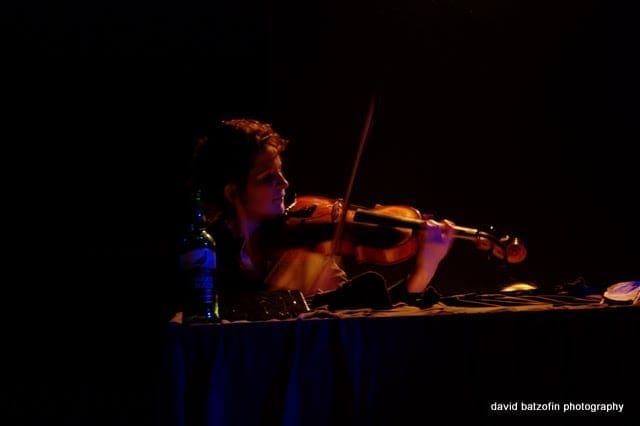 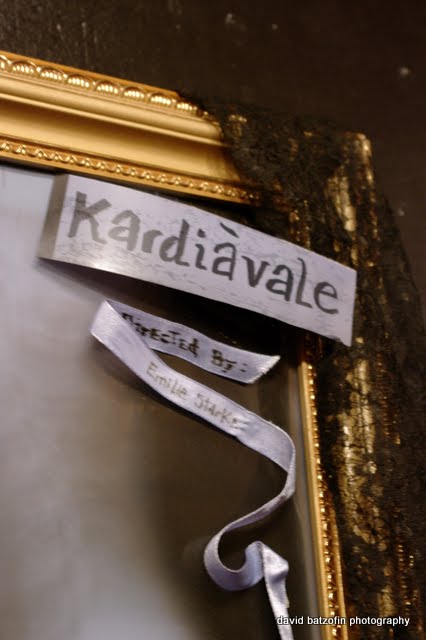 A haunting story about greed and relationships.
The show revolves around a ‘Freak show’ that has no freaks.The owner is on the skids until fate delivers a ‘freak’ to his doorstep.
I first saw this production in Johannesburg at a schools festival in March,2011. 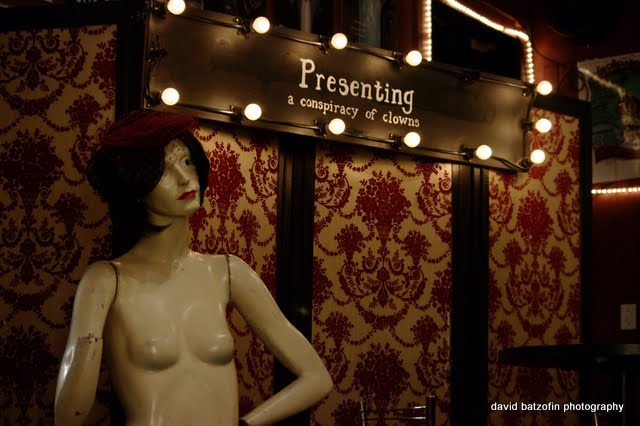 It is now May and I found myself in Cape Town for the official “stand alone” opening night of this strange and exciting Clown Noir play. 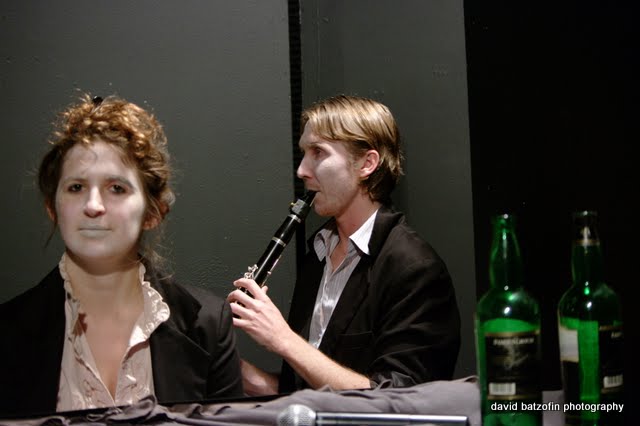 Musicians Natalie Mason and Shaun Acker have joined the cast and although you might not be able to see them all the time, their contribution to the dark narrative is vital.
Between the two of them they play clarinet, viola, saxophone, piano and keyboard.And I almost forgot the indispensable contribution  their triangle makes! 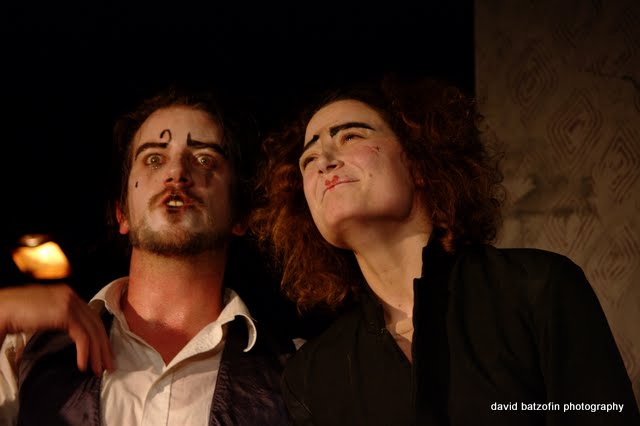 The telling of Onni’s(Liezl de Kock) story by Oskar(Rob Murray) is made more evocative by the use of haunting music played by these ‘hidden’ musicians. 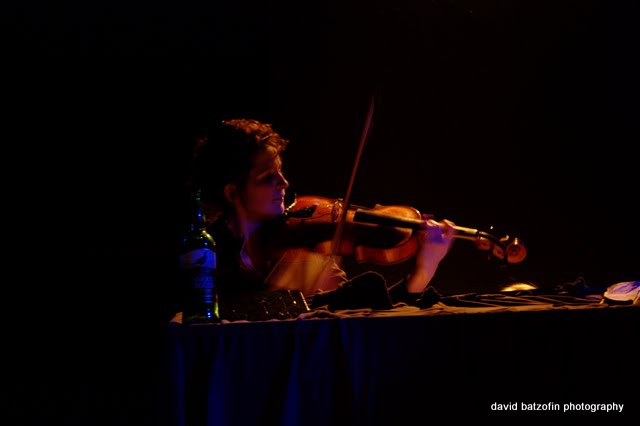 Music, in the form of original songs also plays a part in the make up of both characters, with the final song sung by Onni being a very angry lament.(Jayne was responsible for these lyrics)
The premise of the play has also shifted from love to money which I found interesting…although I have to say that this certainly gives the production added credibility. 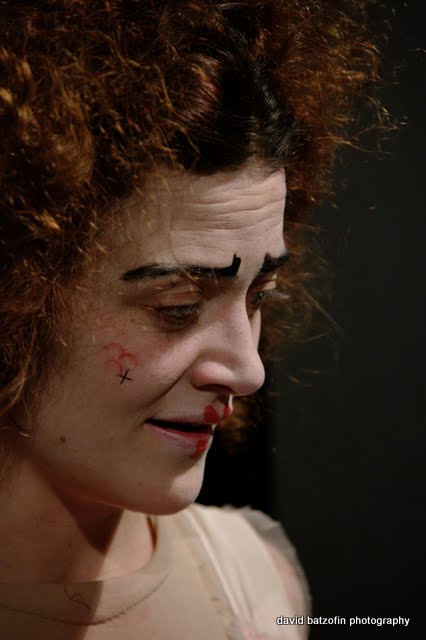 More importantly the two characters have grown and been fleshed out,particularly Onni, who seems to have found her ‘voice’ in this incarnation. 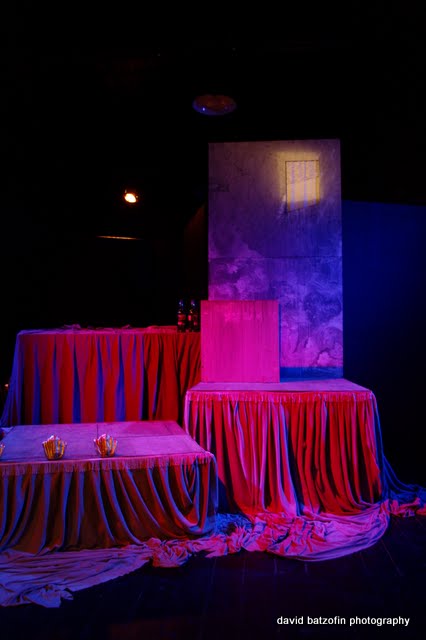 The set, designed by Jayne Batzofin, allows the characters to work on various levels, thus adding depth and dimension to the production and the performances 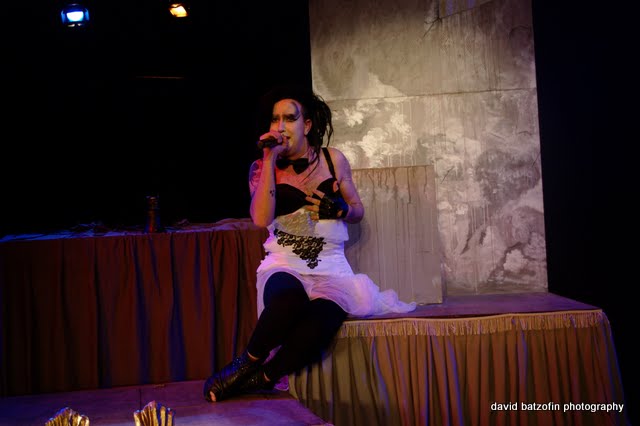 The opening “act” for the Cape Town run is drag act Mary Scary…but DO NOT be put of by the addition of this talented performer.
For a change this is  drag artist that CAN sing(rather than mime) and is able interact with the audience.
His/her appearance was a very clever linking device by new director/writer Emilie Starke who seems to be making waves in Cape Town theatre circles. 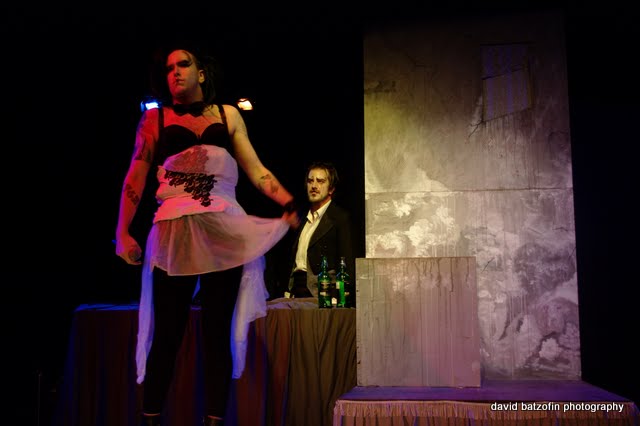 I was concerned as to how Starke would weave a drag act into,and out of, her production  but she achieved it  masterfully and kept the integrity of KardiaVale intact.
Judging by the response of the opening night audience, the production might not be everyone’s “cup of tea”.That being said, theatre is designed to push boundaries and to make audiences think and on both those levels this production scores highly.
The elusive Emilie Starke was not available for comment, however her cast spoke very highly of her and her commitment to making cutting edge theatre.
She is currently being compared to graffiti artist extraordinaire, Banksy…as both are producing brilliant work, while no-one actually knows what they look like!
When I raised the issue of the dark premise of the play, the response from the cast was “What part of Noir did you not understand”!
KardiaVale is well directed by Starke who is a talent that bears watching and is consummately performed by the Cape Town based Conspiracy of Clowns company. 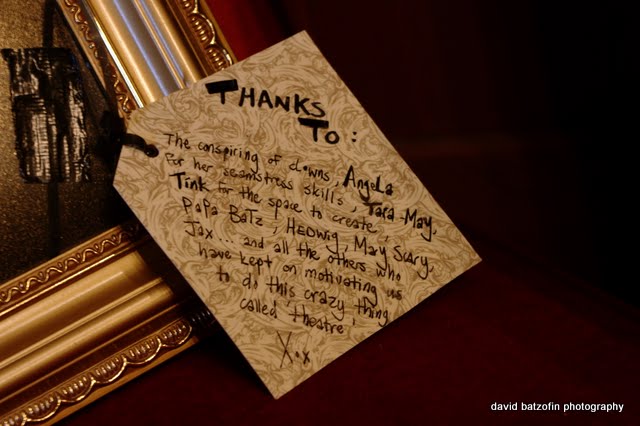 To obtain tickets, find Conspiracy of Clowns on Face Book and all will be revealed
To see more images:david batzofin photography
Also visit:
send in the clowns…
Production details:
The production has two more performances in Cape Town on 29 July and 5 June.
It will be performed at the Hangar during the Grahamstown National Arts festival (7,8,9 July).
KardiaVale will be back in Cape Town in September for the “Out of the box” festival (performance dates tbc) 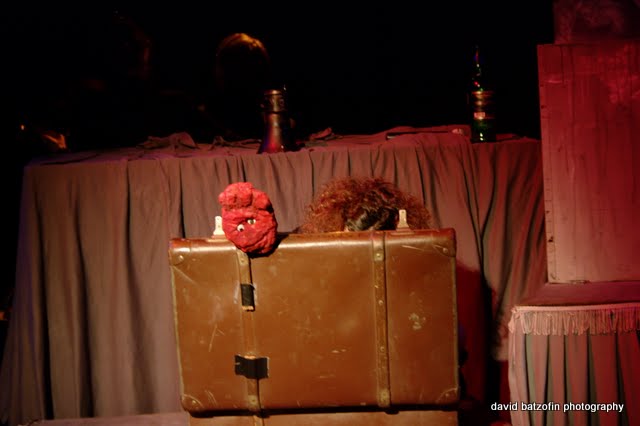 And in the end its all about the heart…