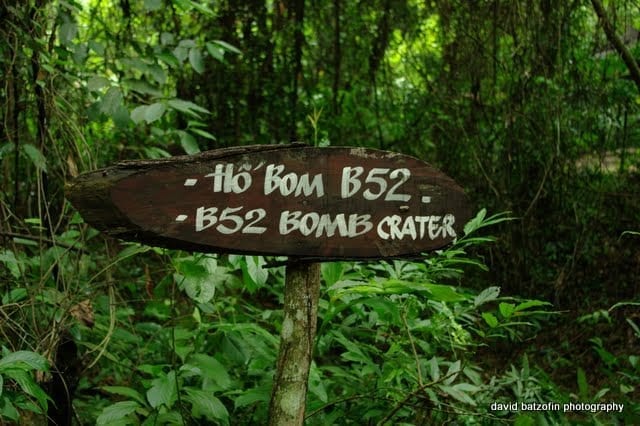 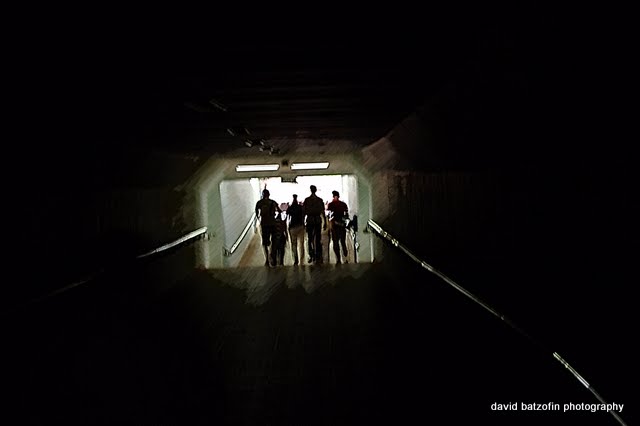 I had read about the VC using tunnels during the “Vietnam war” but what we were shown on our visit to this site certainly gave me a new respect for the people who built them. 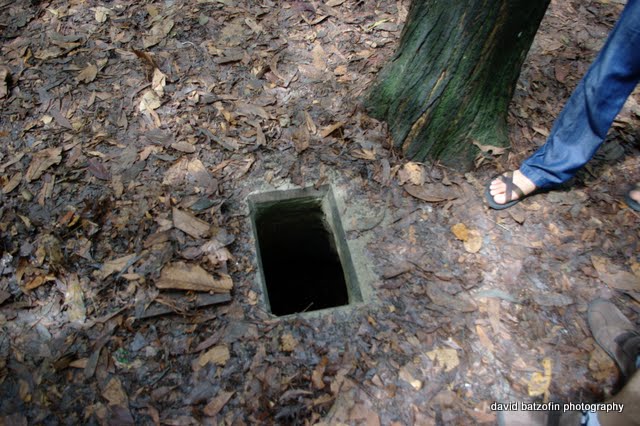 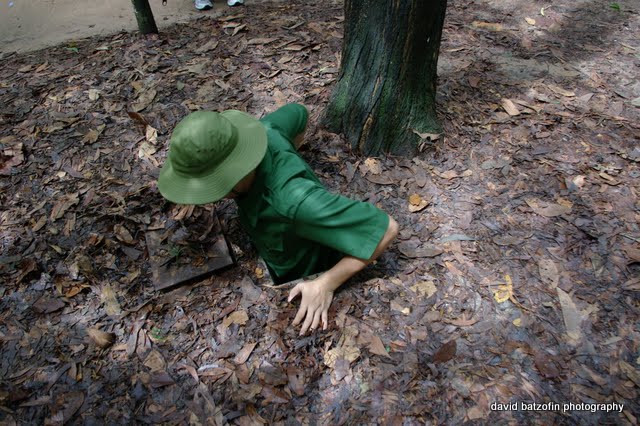 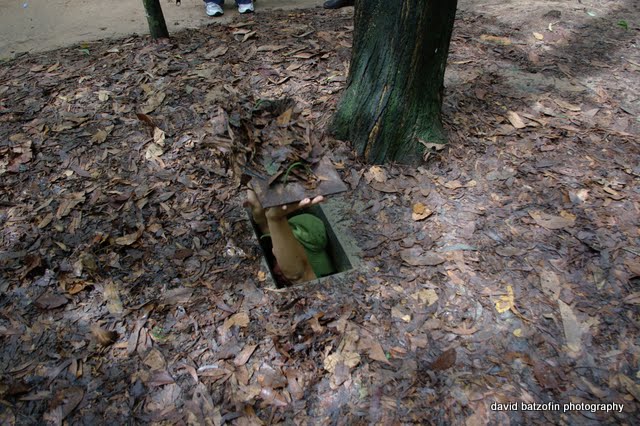 Built big enough for the small VC, these tunnels were certainly not designed to allow the larger US soldiers in! 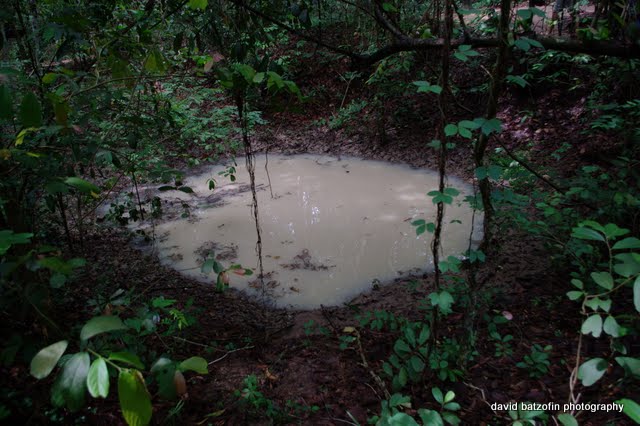 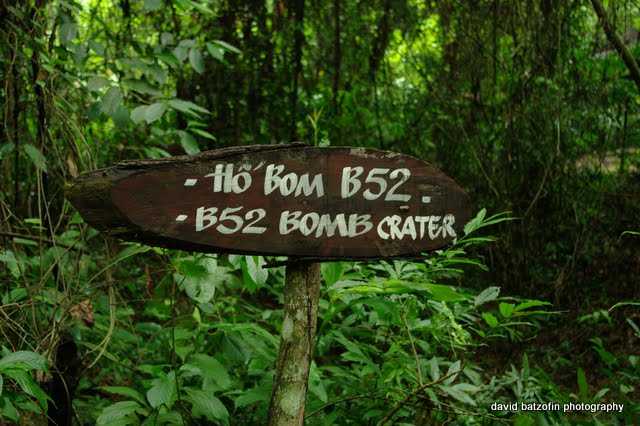 The reason for the tunnels started out as a way of escape, but later they were used for offensive purposes. 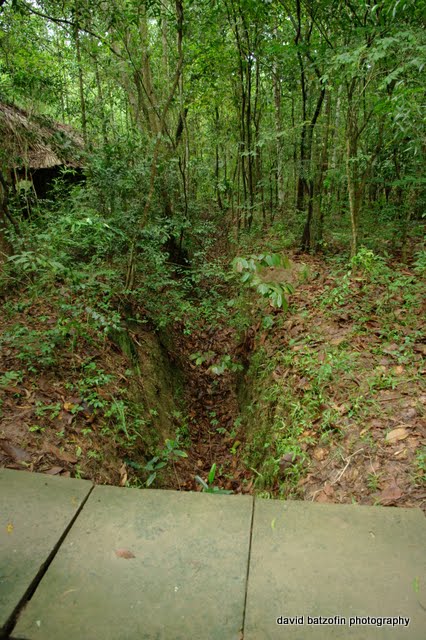 This is one of the fighting trenches used by the VC. They would open fire and then, using these system of trenches, move to another place and open fire from there.In this manner the enemy(USA) would believe that there were many more fighters than there actually were. 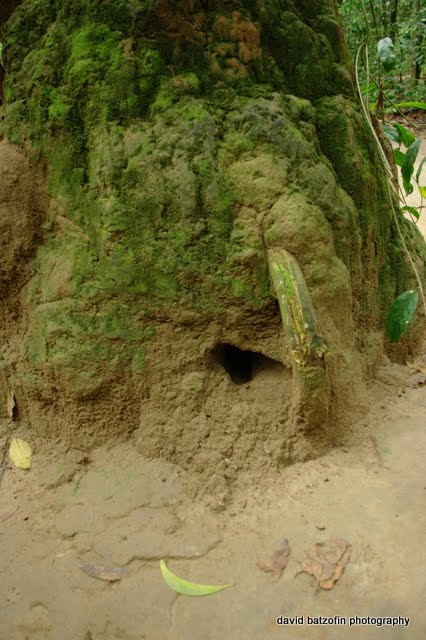 This hole in what looks like a termite mound is actually the top of a ventilation shaft allowing air to fliter through the tunnels. 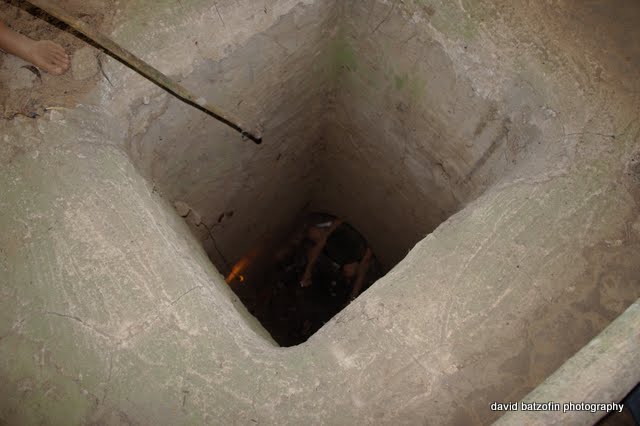 There were three layers.the first tunnels were at 3-4m, the second at 6-8m and the last layer from 10-12m below ground.Although not built by engineers or designed by architects these tunnels are still as viable today as they were when they were used for the last time in 1975. 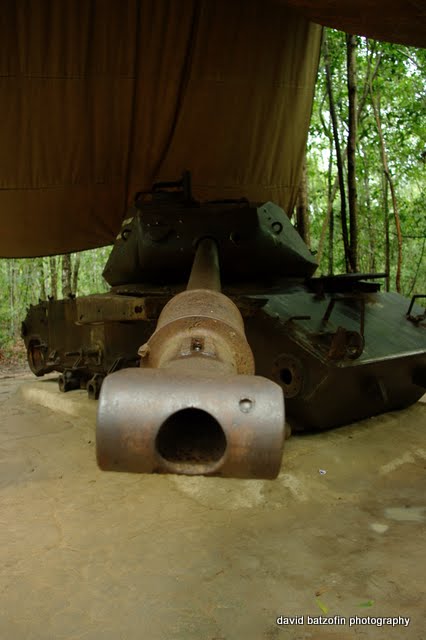 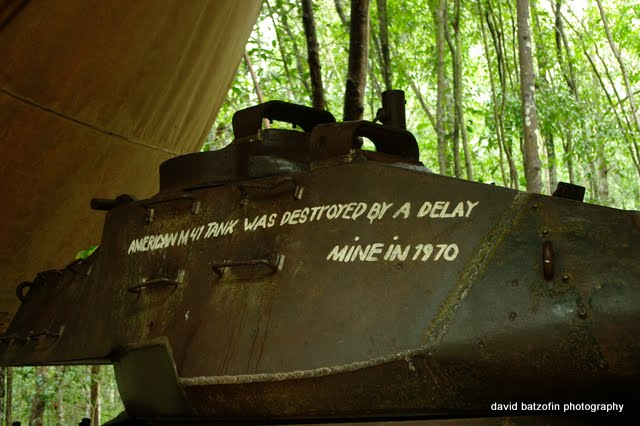 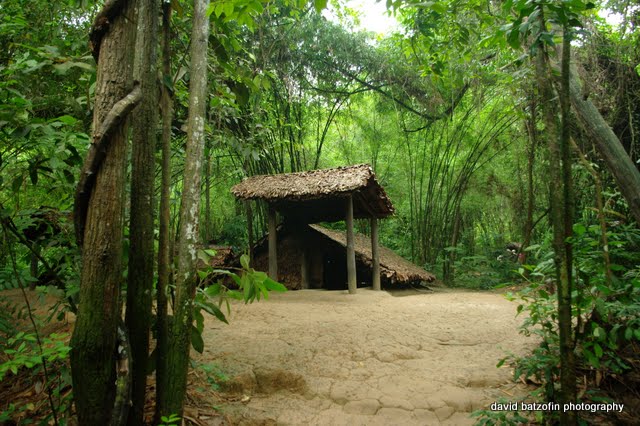 This is a ‘smokeless’ kitchen building… 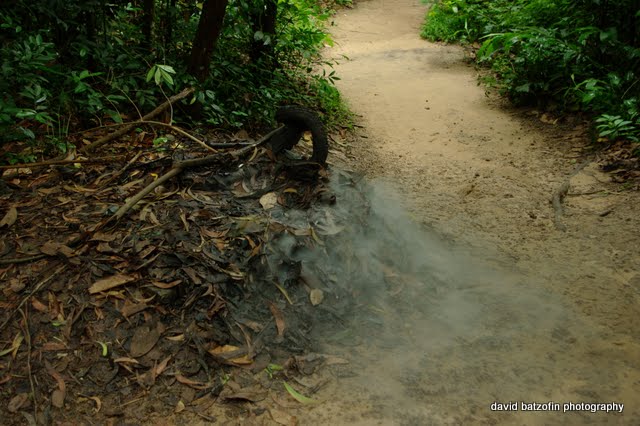 In order to confuse helicopter pilots, the smoke was vented away from the actual building.If bombs were dropped, they would not destroy the kitchen but merely a mound earth and a pile of leaves 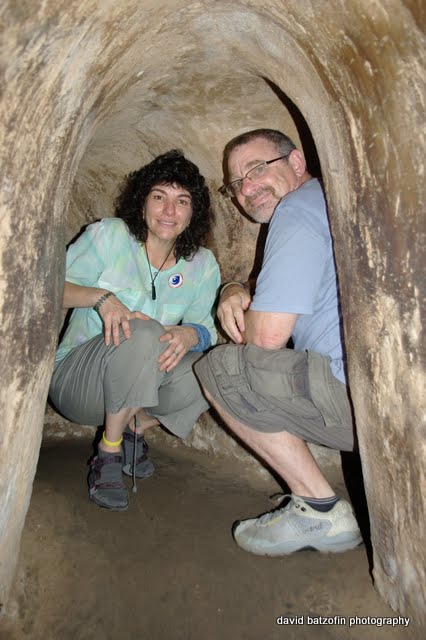 Caro and I actually ventured into one of the tunnels open to the public.We managed about 22m before the heat and the claustrophobia made us decide to exit.This particular tunnel extends for another 100m! Most of the escape tunnels ended at the Saigon River. 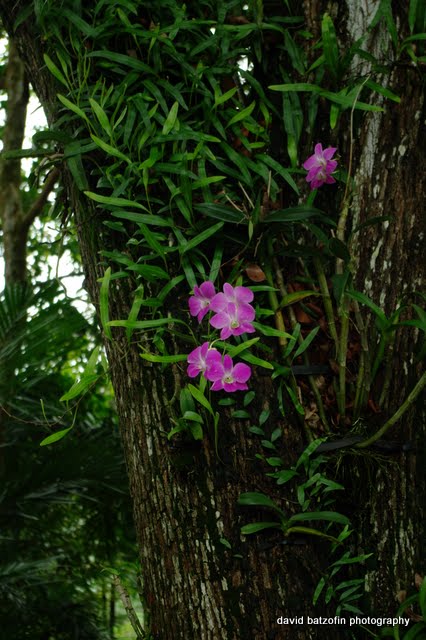 Even in this place of terrible sadness, where more than 10000 people lost their lives, there is beauty! We were humbled by the fact that we were visiting a battle ground and were standing on paths where many had died in defence of their country
.
For more information,visit: www.cuchitunnel.org.vn

It ain’t over till the tourist has shopped…places and people in...

Wandering and wondering in the Western Cape.

No lion, no witch…but we did find a wardrobe.

“Hue” are you going? or Hai Van…friend or foe…