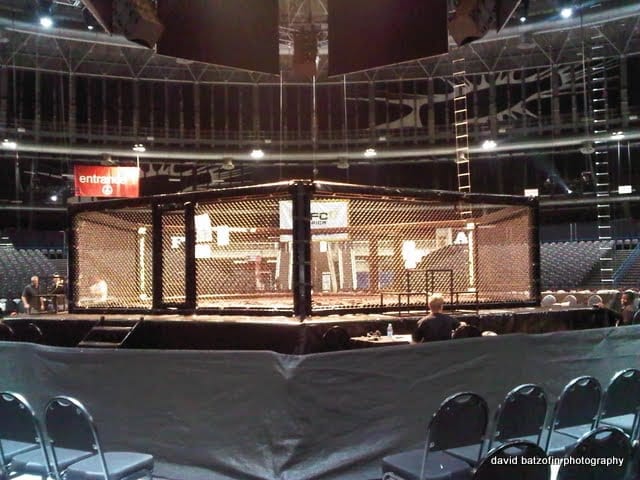 As a television floor manager I have been asked to work on a variety of programs either “live” or taped.
From beauty pageants to cooking programs and talk shows to drama series.
But certainly one of the most interesting events I have worked on during my career must be the recent EFC cage-fighting event at the Coca-Cola Dome in Johannesburg.
I have worked on local and international wrestling programs and I have reported on boxing tournaments, but none of these prepared me for a MMA (mixed martial arts) event.
When I was first asked to work on this event I was given the rulebook so I could better understand this sport. 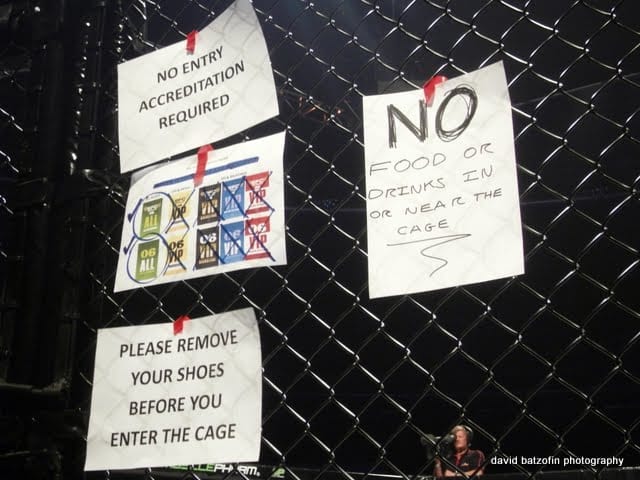 Having seen some International fights on TV, it seemed to me that there were few if any rules.
It turned out that I could not have been more mistaken!
There were pages of rules and my “favourite” rule states that fighters may not have any facial hair other than a close clipped moustache. No one seemed able to explain the rationale behind this, but suffice to say that all of the fighters at the event were clean shaven!
The ring itself is interesting as it is neither a traditional ring, like boxing or wrestling or a mat like those used for karate or judo.
The hexagonal fighting area in enclosed by a rigid 2m metal fence with 2 lockable gates for entrances and exits. This hexagon that does not even have the recognisable corners for the fighters. Instead they each utilise one side of the hexagon as a “corner”. Very confusing to first timers like me! 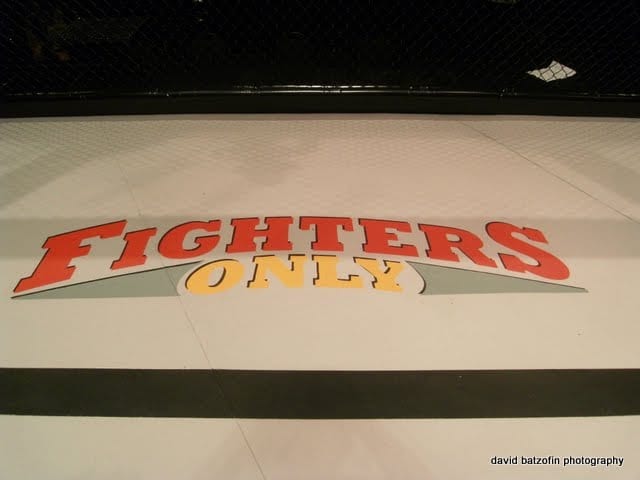 Also, unlike wrestling where a lot of hype takes place in the ring before each fight, in cage fights all the hype is pre-recorded and played on screens in the venue before the fighters even enter the ring.
If the crowd support is anything to go by both the fighters and the referees have followers that either love or hate them. Certain of the referees seem to attract controversy irrespective of the decisions they make in the ring. Although vociferous when decisions went against “their” favourite fighter, the crowd was well behaved.
Before each fighter steps into the “cage” his gloves are checked and signed by an official, while a second official applies Vaseline to the fighter’s face. This is to make sure that fighters are not prejudiced by large amounts of petroleum jelly on an opponent’s face…or perhaps the officials just like the feel of Vaseline? 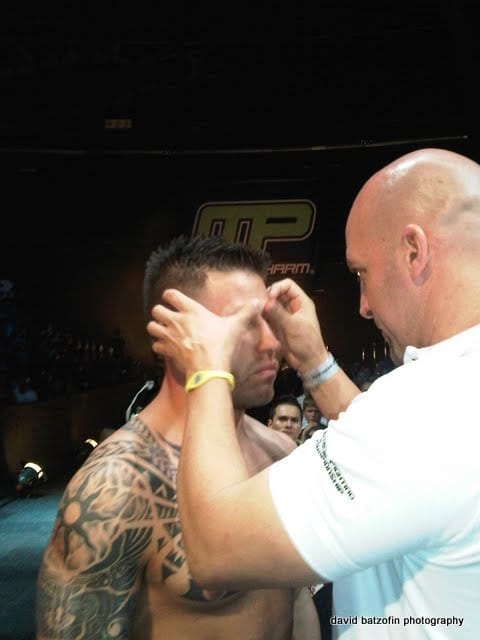 I have to make mention of a phenomenon that I noticed both in and out of the ring…tattoos, acres and acres of them on fighters and male and female audience members. I have never seen so many tattoos in one place at one time, ever.
In stark contrast, the headline fighter of the event, Adam ’The Prodigy’ Speechly, did not have a single tattoo. Not that made any difference as he lost his bout against an International fighter, Abdallah Handan. 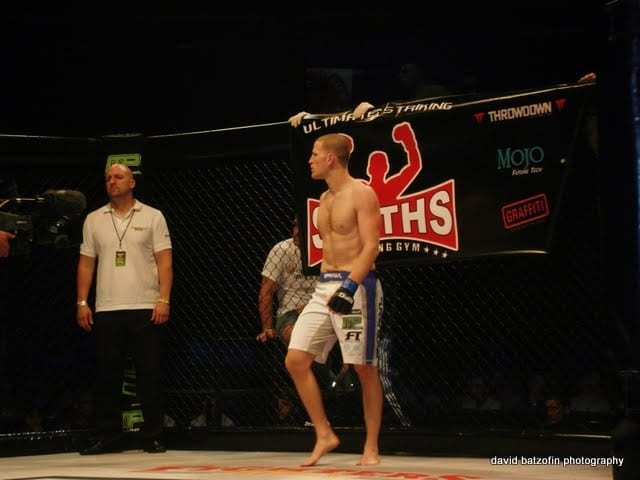 I was told that each fight consists of 3x 5-minute rounds, but the event producer did warn me that seldom do any of the events last more than 1 round. How true this turned out to be as the first fight was over in 29 seconds and the longest only lasted 3 minutes and 30 seconds. Actually I don’t think that there were boards for rounds 2 or 3 for the ring girls to carry, hence the fights having to end in the first round. 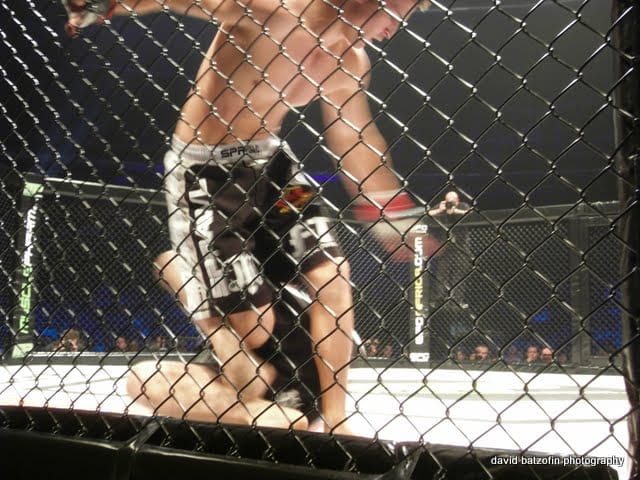 Probably the fastest event of the evening was over after a single punch! I think the hardest working people at the event had to be the paramedic team. EFC rules state: “Safety first” much to the displeasure of crowd and certain of the fighters when they believed their fights had been stopped too soon. 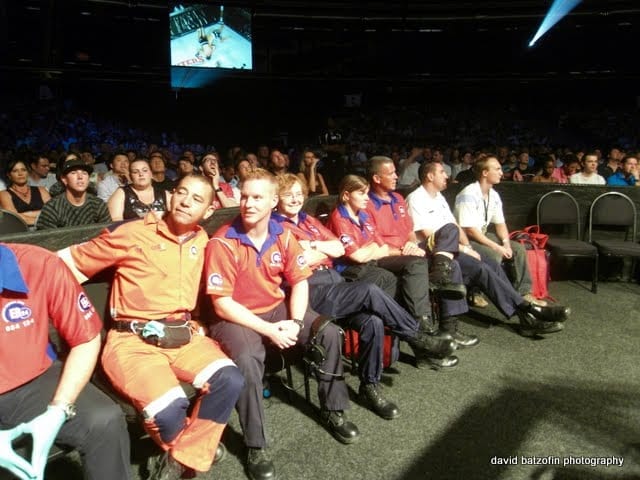 ESKOM also played their part with the venue power going down as one fighter hit the canvas…it brought new meaning to the words “lights out”. 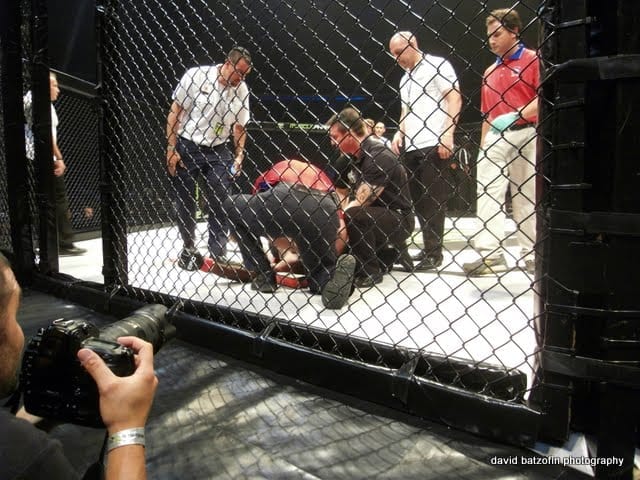 Judging by the amount of first time fighters on the card, this sport is gaining in popularity and events are being held on a regular basis.(The next EFC event is scheduled for 3 February).
With 12 fights on the card, I am glad that no fights went the distance or I would probably still be at ringside controlling the traffic in and out of the hexagon. 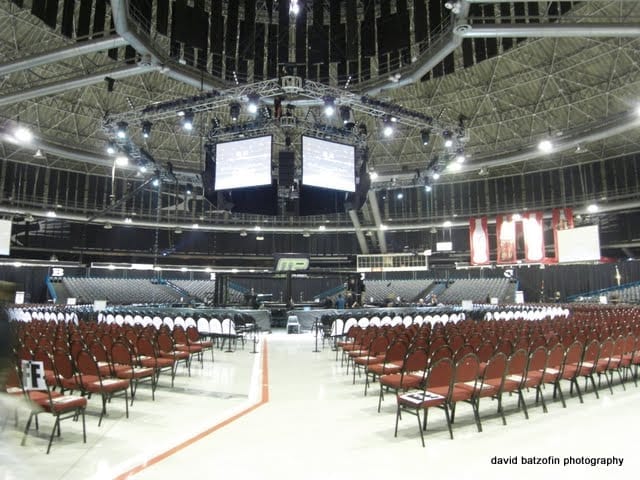