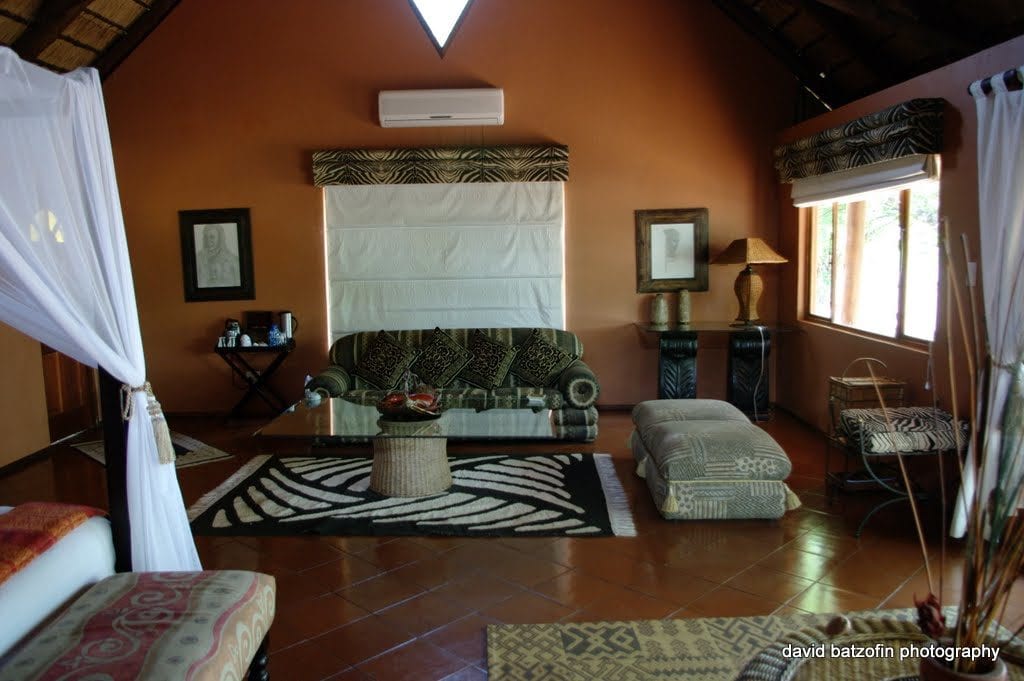 Our recent trip to Thula Thula in KwaZulu-Natal certainly did not start out either peacefully or tranquilly as we missed our flight to Richards Bay!
No amount of begging at the check-in counter could get us onto the flight and we resigned ourselves to a 4-hour wait for the next available flight…to Durban.
This meant that instead of the expected 45-minute drive to the lodge, it took us 2 hours in very windy conditions.
But, like our missed flight, we took it in our stride and saw it as part of our “adventure”
Thula Thula is the oldest private game reserve in KwaZulu-Natal and aside from being malaria free it is also home to 4 of the Big 5 (no lions)
The lack of lions did not bother us, as there was plenty of other game to see.
Thula Thula had recently extended the reserve and that meant that the elephants we were looking for were in the new area as they proved that the “grass is always greener on the other side of the (removed) fence!
However during our visit we eventually found Gobisa, an adult bull elephant that has been brought in to control and teach the teenage Mabula good manners and proper elephant etiquette.
Both camps are also home to female Nyala that seem to find sanctuary, and food there.
With 370 species of birds and raptors this property is a twitchers paradise. 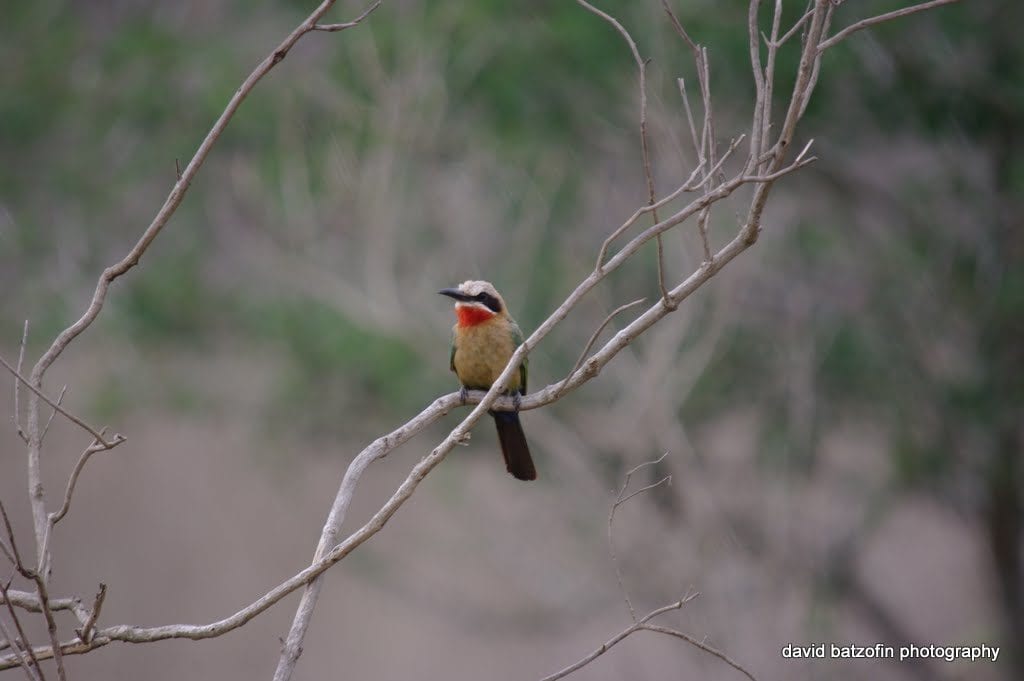 We had a delightful pair of sisters on our game drive who not only knew every species of bird we saw but were able to mimic their calls as well!
We found our ranger, Promise and the tracker, Victor, to be extremely knowledgeable and this enhanced each game drive and bush walk and made them educational and entertaining.
There are two camps on the property, a tented camp as well as the original Elephant Safari Lodge.
My wife and I do not get to spend enough time under canvas in the bush, so staying at the tented camp was a treat.
The modern safari tents are certainly a lot more comfortable than the tents I used to camp in as a child.
Our accommodation offered us a comfy bed, with a mozzie net as well as a bath and outdoor shower and veranda
This luxury made our accommodation enticing, even though we did not get to spend too much time there as there was food to try and game drives to go on.
Dinner was held in the same building as the reception and it looks out over a deck, swimming pool and lush vegetation.
Our dinner served buffet style, offered mains, starters and dessert, just what a hungry adventurer requires when returning from a game drive.
It was on one of our game drives that we found a water terrapin that was a long way from water…but a first for both my wife and I.
During the re-introduction a breeding herd of 7 elephant in August 1999,owner and renowned conservationist Lawrence Anthony, earned the nickname of “The Elephant Whisperer”. He was able to get this “rogue” herd to accept staying on the property even though many said it was a lost cause.
This herd has now consists of 19 elephants, and with the new portion of the property to feed on, Lawrence will be able to allow the herd to grow.
The second part of our stay was spent in the Suite Royale at Elephant Safari Lodge.
This accommodation was spectacular and we found out after we had settled in that it was the honeymoon suite…
Our bath had a wonderful view of the waterhole and we were able to spend some time on our veranda watching two young orphaned rhino. 17 months old Thabo and his female companion, 20 month old Ntombi are often accompanied  two young orphaned warthogs.It was these warthogs that greeted us on our arrival and promptly lay down and waited for their tummies to be scratched. (Thula Thula is fast gaining a reputation as a wildlife rehabilitation centre.) 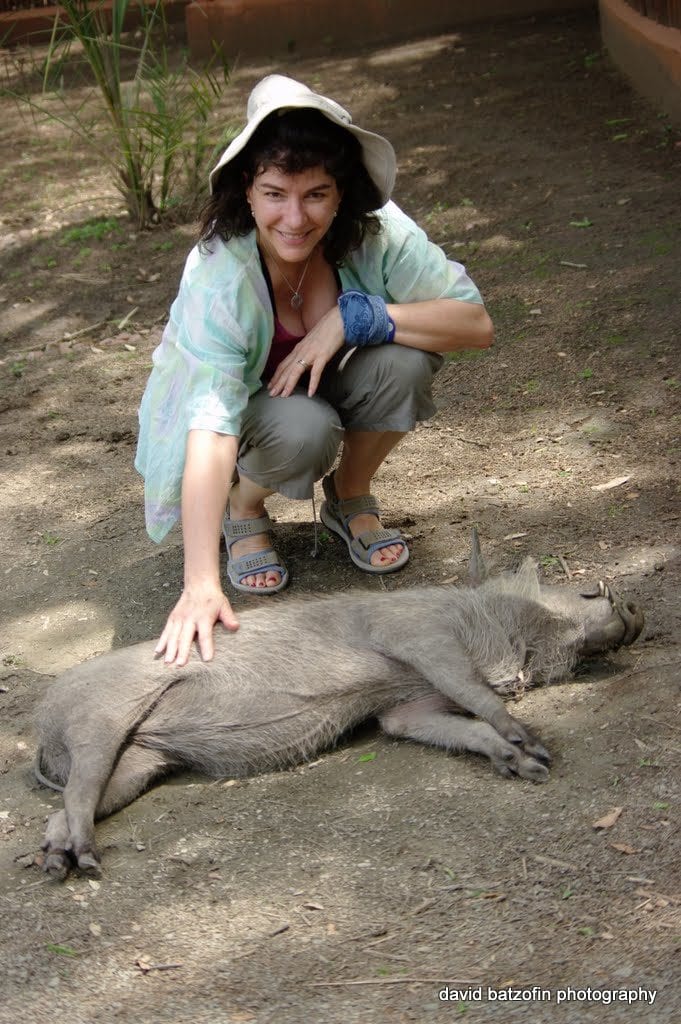 We were not sure if the rhino thought they were warthogs or vice versa!
From large to small creatures seem to have made the camp their home and George the bush-baby used to live near the bar.
I “used to” as George has found himself a wild girlfriend and now occasionally visits for food, bringing her with him.
Unfortunately for us our visit did not coincide with his and we did not get to see him or his mate.
We ate dinner in the dining room at the lapa that leads off the lounge and “Marula” bar areas. If the weather is warm and dry, dinner is served on the deck adjacent to the swimming pool.
And if the rhino are not in the Boma, that can also be used for dining.
The food here was very different to the meals that we had at the tented camp, but both equally delicious. Francoise likes to refer to the food at the tented camp as the “braai/potjiekos” variety. She describes the Safari Lodge menu as elegant gourmet plated food with a French influence, served by waiters not a buffet table in sight.
Francoise, Lawrence’s charming and friendly French wife, is in charge of the kitchen and her influence shows.
No wonder that this lodge is rated as one of the most sought after gourmet destinations in KwaZulu-Natal
As always, my wife was able to conjure up a massage in the comfort of our suite with a professional massage therapist.
While we were packing to leave, Thabo and Ntombi decided to climb onto our veranda and “hold us hostage” while banging on the glass to try and get in. When that did not work, they went around to the front door and politely knocked there!
The unique décor and international cuisine makes this a highly recommended destination for young and old.
Children under 8 are not allowed at the lodge, but they are most welcome at the tented camp.
The highlight of our visit was watching as ten buffalo were released onto the property. They came out of the truck at high speed and disappeared into the bush near the camp. 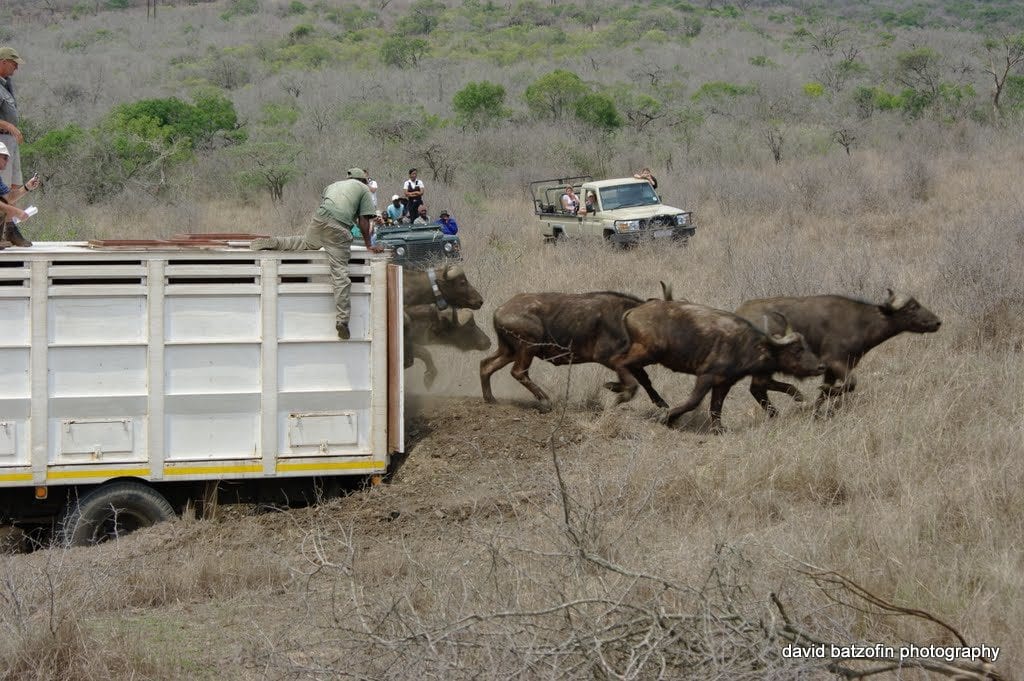 Their sudden appearance caused the young rhinos some concern and it they were almost comical in their attempt to outrun each other back to the safety of the Boma, closely followed by the attendant warthogs!
Contact Details:
Tel: (035) 792 8322
Cell: 083 787 9991 / 082 259 9732
E-Mail: francoise@thulathula.com 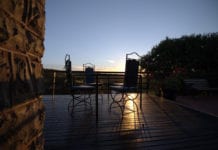 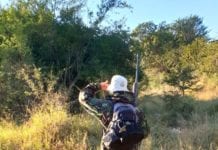 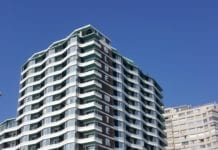 The Ultimate You Challenge. Week 3

East v West. An overview of my Mauritian adventure.

Karkloof Safari Spa, a hidden gem in the KZN Midlands