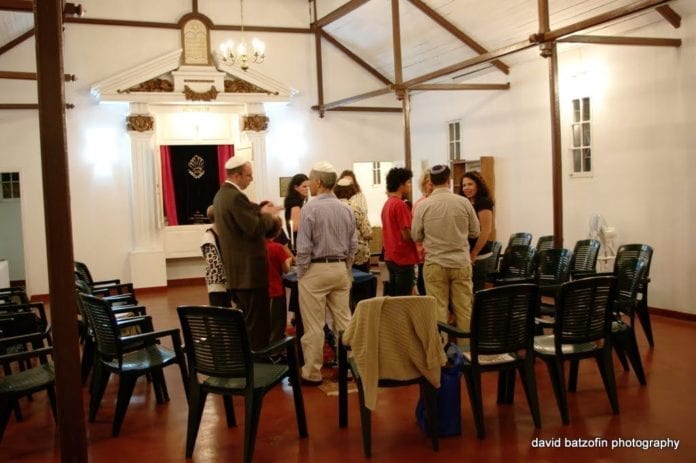 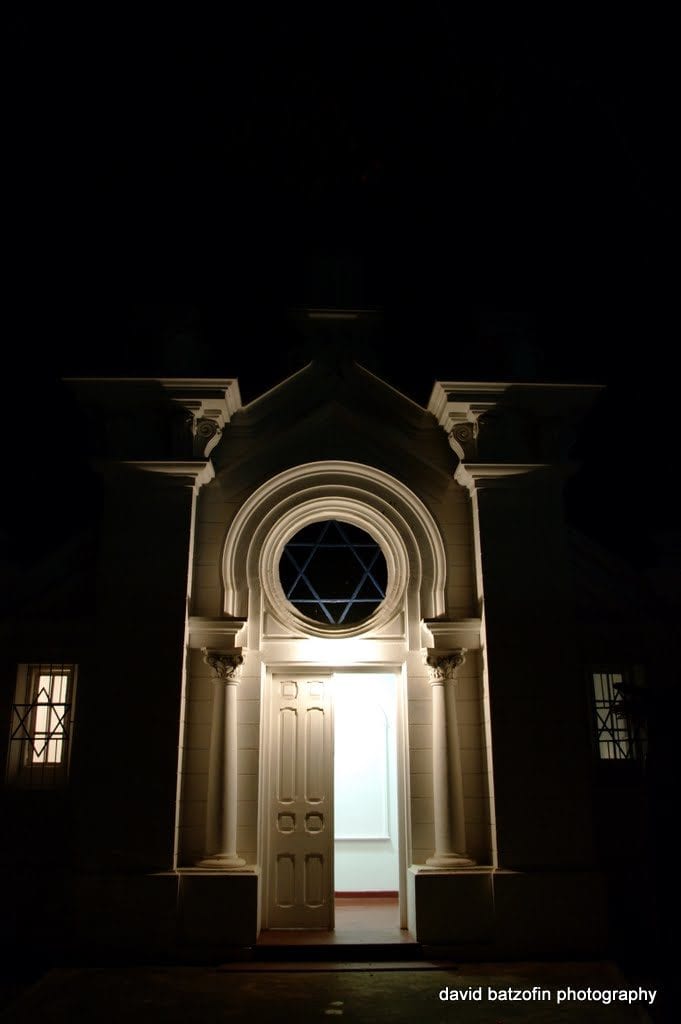 ” How would you like to attend a shul (synagogue) service in Maputo”? the voice on the phone asked me.
I am agnostic by choice,but Jewish by birth and the invitation intrigued me.
Having never attended a service outside of South Africa I felt that this experience would be would adding to my “been there, done that” list.
As the trip was put together at very short notice I had no time to Google the shul I therefore had no idea what to expect.
Once my plane landed, I barely had time to change before Natalie, my host for the evening, arrived.
Natalie runs a tour company and our drive from the hotel to the shul took on the aspects of a “mini-tour” which gave me some idea of the history of Maputo and its people. (Being Jewish she was also able to fill me in on the history of the synagogue)
Visitors are often confused on arrival, as a short walk from the shul is the Geology Museum  that has often been confused with the synagogue as it a large window containing a Star of David.
The quirky Portuguese Baroque-revival style structure that houses the shul is built on land purchased in 1921 on Avenida General Botha (formerly Telegraph Avenue) was purchased. It was consecrated in 1926.
It has had an interesting history with most of the original congregation, about 30 people, coming mostly from Portugal, Spain, the Netherlands, Russia, Ukraine, the Baltic States, and various Eastern European nations.
The congregation was founded in 1899 by Reverend Dr. Joseph Herman Hertz on his arrival in the then Lourenço Marques from Johannesburg.
From 1899 until 1925, the Jewish community had no proper place of worship and services were often held in private homes or in available commercial property. By the early 1920s, it became clear to the community that a synagogue was needed.
The building cost about 1,500 libras and could seat 80 in comfort. Neither the architect Couto Martins of the Public Works, or the contractor Raimundo Moreira of Lourenço Marques had previous synagogue experience. This lack of experience shows in the utilitarian design of the building. 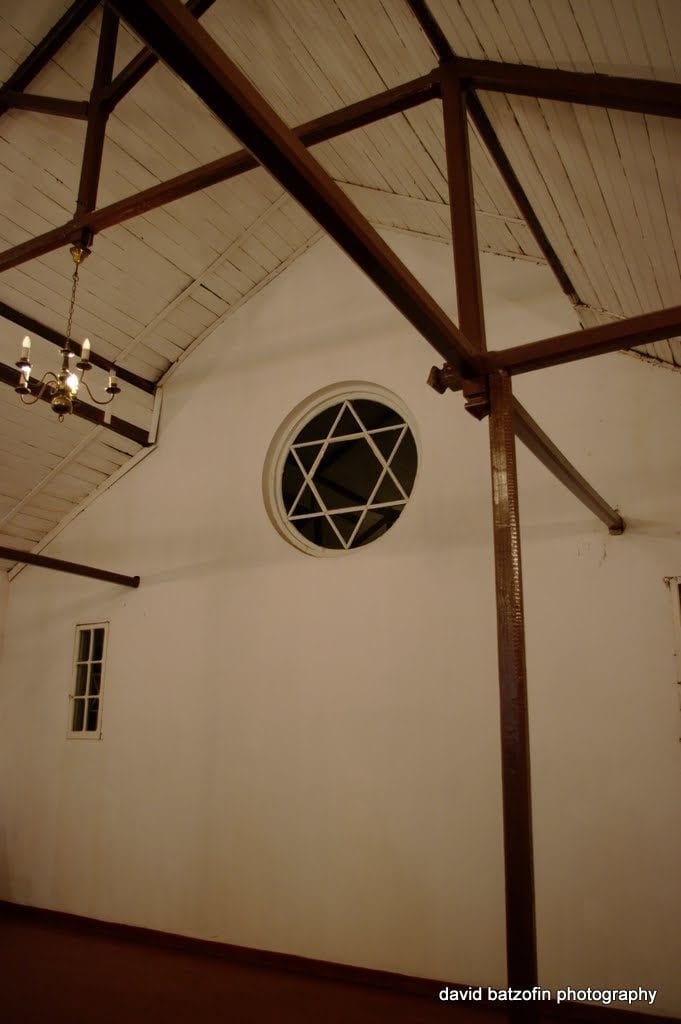 Minor alterations have been made over the years, wall with painted steel gates with blue Stars of David was built along the street.
During its rather checkered life span the building has also been used as Red Cross offices were and a warehouse.
I found that the entrance to the synagogue striking and it was in stark contrast to the plain interior. The front door leads into a small vestibule that used to house a bulletin board for announcements.
From the foyer, I had the choice of turning either left or right into an anteroom before getting into the synagogue itself.
I was struck by the fact that my first view was not of the ark but of the rear wall. Perhaps this is the major fault in the architect’s lack of experience.
The floor is painted cement and original I am told, as are the windows.
The glass has had to be replaced and in the process some of the coloured panes were lost.
I was told that the major problem is currently the roof that is in dire need of repair and is being held in place by a series of “non-original” timber beams. The congregation, small as it is, is currently trying to raise money make sure that the roof gets fixed as a matter of urgency.
The building has services every Friday night and on the various Jewish holidays.
Although the adult congregation seems to be static at about 20, the youth section seems to be growing and will hopefully be responsible for making sure that this small bastion of Jewish tradition is maintained for generations to come. 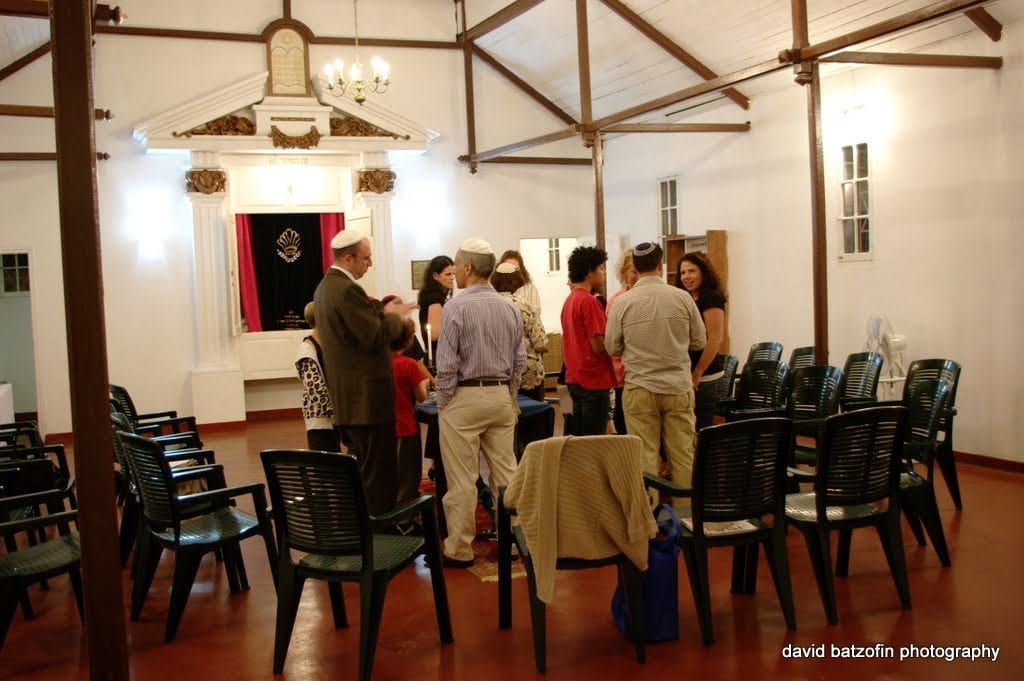 Breaking news:
I recently received this information about the state of the restoration.
In 2009 reorganized the community which is now a formal, governmentally recognized association, Honen Dalim — Comunidade Judaica de Moçambique. In 2009 we celebrated the first ever bat mitzvah in Maputo and did some mostly cosmetic improvements to the shul. In 2010 we celebrated the first Jewish wedding of a couple resident in Maputo. A bit more than one year ago, we started Project Ginat Shalom, the project to repair and restore the Maputo synagogue. The most urgent and essential component was and remains the replacement of the roof and wooden structures within our historic building.
We are now ready to start Phase 1 of the project. We estimate that the total costs to complete the roof and structure phase will be almost $60,000. We have raised just under $40,000 to date, most of these funds coming from our current members. We urgently need to make up the shortfall of about $20,000.
The roof structure, windows, and doors have been paid for, constructed, and are now ready to be delivered and installed.
We are confident that we can raise the balance needed between now and June when the final payments will be due.
If you can make a contribution, please contact Larry Herman directly.
Personal Email: larryjerusalem@yahoo.com
Cellphone in Mozambique: +258-82-752-0880
Contact details:
SAA and L.A.M all fly into Maputo
For Maputo tours I can recommend Dana Tours. 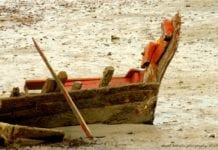 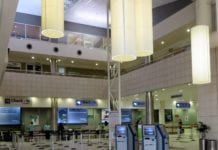 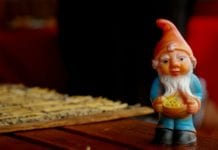