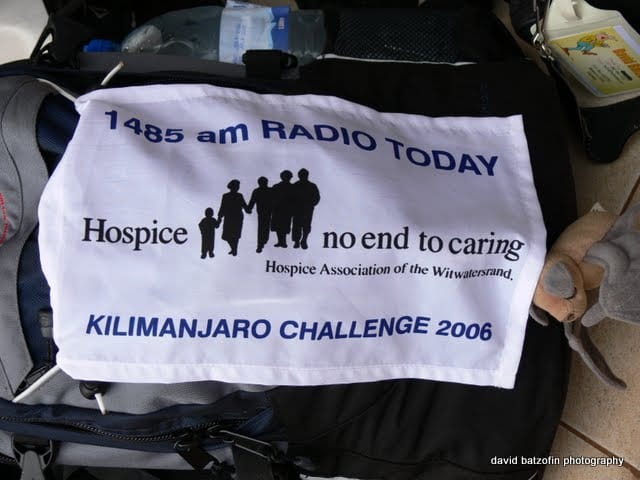 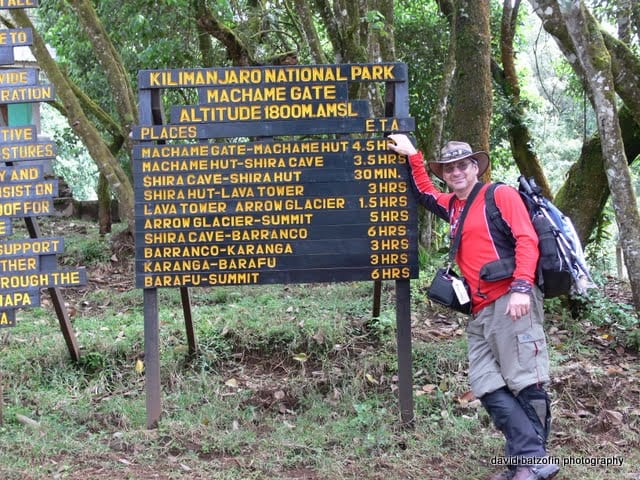 35mm SLR or Digital at the top of Kilimanjaro?
That was the question that I had to ask myself before I left to climb Kilimanjaro in early September this year.
Coming from an SLR background, it was not an easy decision to make.My old Pentax equipment had been a stalwart since the 1970’s, but it was time to move on.The cost of developing and printing makes 35mm photography almost a thing of the past,and the cost of paper and chemicals puts the home darkroom out of reach of most people.
I decided to take two digital cameras with me on my trip.Both are new on the market and full of features that I was not sure that I understood.In order to rectify this deficiency, instead of a novel to read on the mountain, I took along the instruction manuals for both cameras…I never got to read either of them!
The cameras were a Lumex Panasonic DMC-FZ30 and a Samsung Pro815; both are 8 mega pixel cameras.
The former boasts a 12x optical zoom and the latter 15x.This feature saved me having to carry extra lenses.A huge plus when weight is a priority
There were macro features on both cameras which meant that I was able to get up close and personal with the various species of plant life that grow on Kilimanjaro.
The real test was to see if both would perform in the heat, dust and humidity of the mountain.
The lower part of Kilimanjaro consists of tropical rain forest.Wet and damp.Moisture in the lens or dropping the camera in the mud could have been problems, however I had neither.
The pictures, when downloaded, were crisp and clear.
I was also able to compare recording formats as the Lumex recorded on a SD card, while the Pro815 used a Compact Flash card.I found that the picture quality on both to be outstanding.
Professional photographers seem to feel that a CFC will give you better resolution, but the SD card fitted directly into my laptop…making it  easier to download. The CF needed a cable connection from the camera to the laptop, which of course I had forgotten to pack it! However, I could still preview the pictures on the LCD screen of the Pro815.At 8.89cm, the screen is the largest on any digital camera. No need for a darkroom as I was able to view and edit my pictures on a laptop at the end of each day
On the second day,the rain forest gave way to heather and lichen,and the temperature started dropping.Again the cameras performed well in less than ideal conditions.On both the controls were easy to operate while wearing gloves,which is a HUGE plus when the temperature is in minus figures.
As I had several storage cards,I decided to try fill them.This is where digital really outperformed standard SLR technology…I was able to shoot over 1000 photos in the 7 days I was on the mountain.The money  I saved on prints was worth the cost of the cards[a 1gig card costs about R700.00]
With modern computers and Photoshop software, very few pictures are consigned to the waste bin.I was also able edit my picture collection so that I did not bore family and friends on my return!
An advantage of using digital in a situation that might never be revisited, like Kilimanjaro, is that I able to view my pictures immediately and I could then decide to take more if I felt the need. 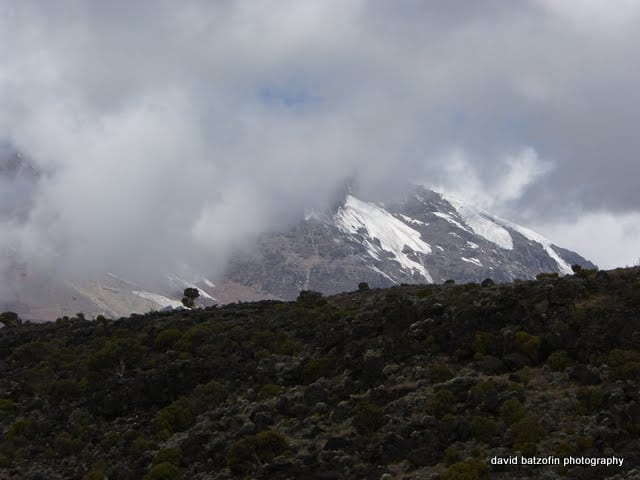 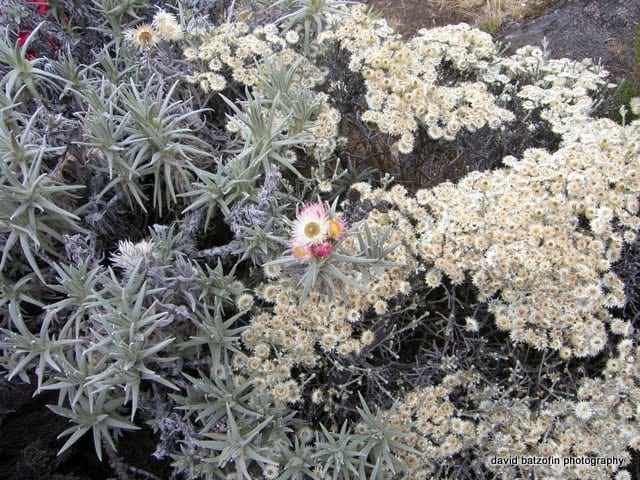 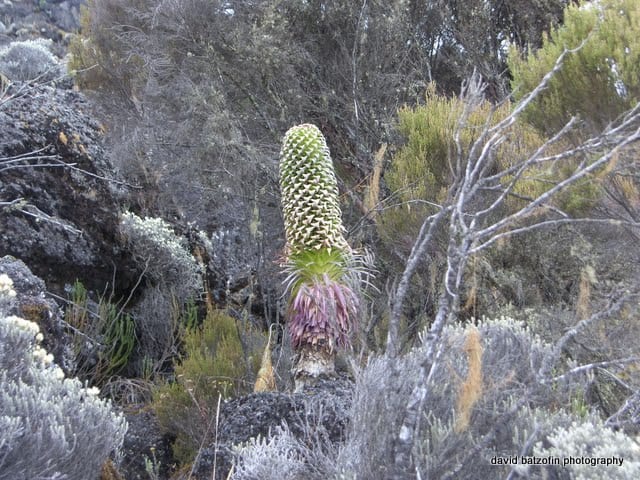 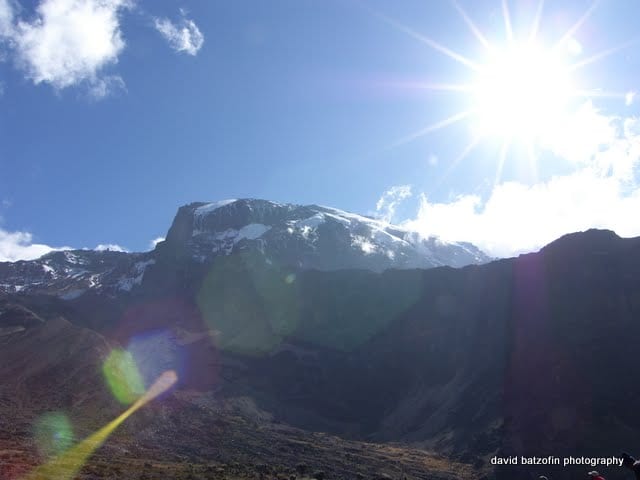 I was told that one of the major problems on the mountain would be the batteries.There is no electricity on the mountain, so that recharging your source power is not an option.The cold also plays a major factor in reducing the charge in the battery.
So I had a choice, I could either fill my back-pack with extra batteries or hope that the one that I had would last.
Digital cameras take a variety of batteries, from penlight or rechargeable, to specialized Li-Ion batteries.Some of the former could be begged or bought off fellow climbers.As both cameras used the Li-Ion batteries, I had to carry own stock. I found to my amazement that I only need one battery per camera for the entire trip, and I was taking hundreds of pictures every day.
I did change the batteries in both on summit morning,but this was mainly as a precaution, as I can imagine nothing worse than getting to the top of Kilimanjaro and finding you have no power[much like Cape Town recently!]
The last part of the climb was through shale, rock and lots of dust.
Again I had no problems with the cameras, both of which were carried in my back pack, without any special protection.
At Uhuru Peak [5895m] it was -15◦C, and the only precaution I took was to remove the batteries from the cameras during the climb in order to keep them warm. During the ascent, which takes place between midnight and about 7am, I was concentrating on putting on foot in front of the other, so photography is the last thing on my mind.
At the summit, I inserted the batteries and continued to take pictures without a hitch. 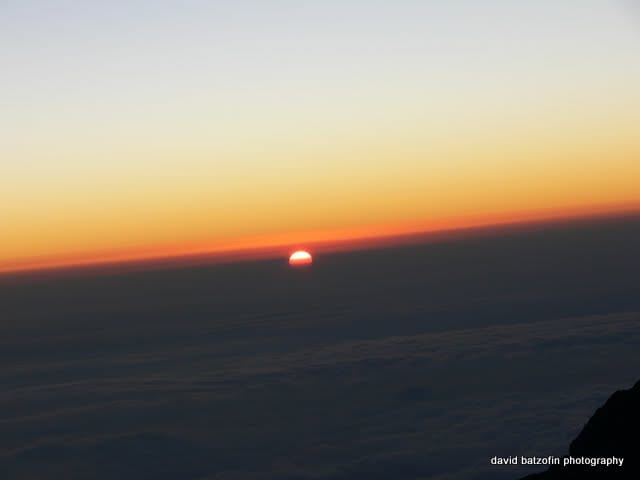 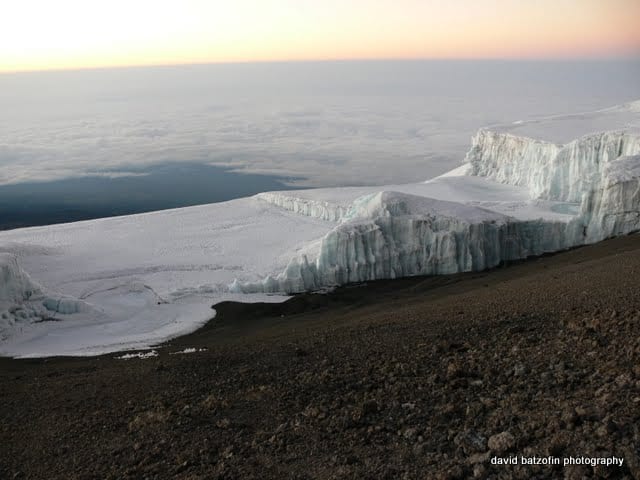 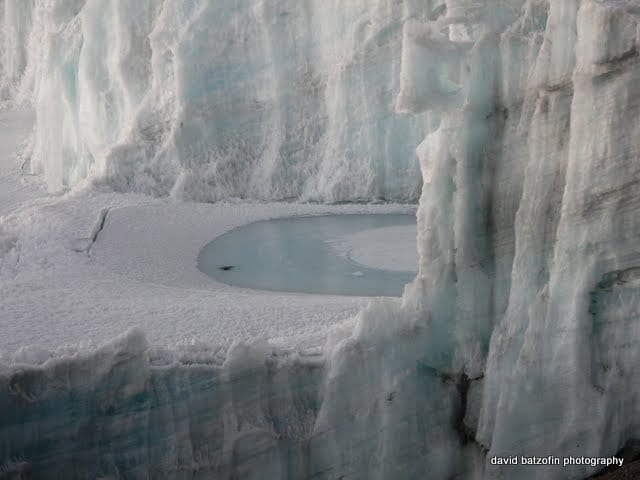 Although I did not take pictures going to the summit,as we climbed through the night. I did take on my return journey. There was dust everywhere as climbers descended around me. With no more than an occasional wipe, I had to do nothing special in order to keep the cameras dust free and get great pictures.
I would suggest that if you are going to be packing more than one camera, you try to make sure that the facilities on both are interchangeable. This is of importance with batteries and recording cards.
With the variety of features offered on most digital cameras, my ‘hot tip’ would be “If in doubt, go automatic” 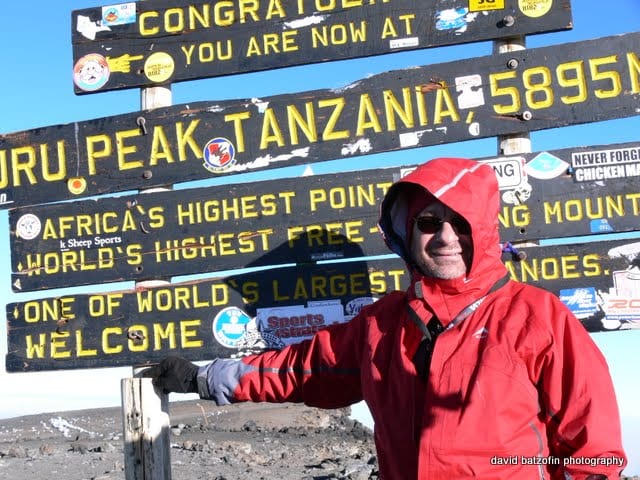 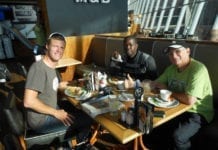 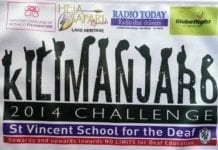 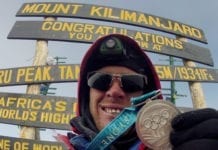 What to see and do while at Tented Adventures, Pilanesberg

Spionkop Lodge, call back the past.

Marataba Trails Lodge…MORE than I was expecting.

The full team and route…Kilimanjaro Challenge 2014

My return from Kilimanjaro. 2006 Expedition