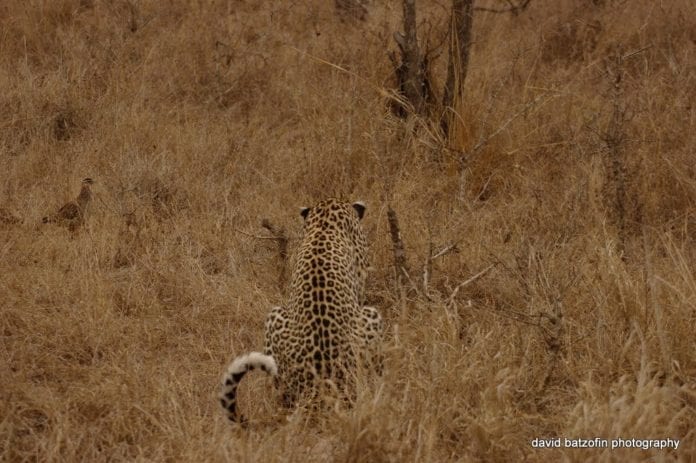 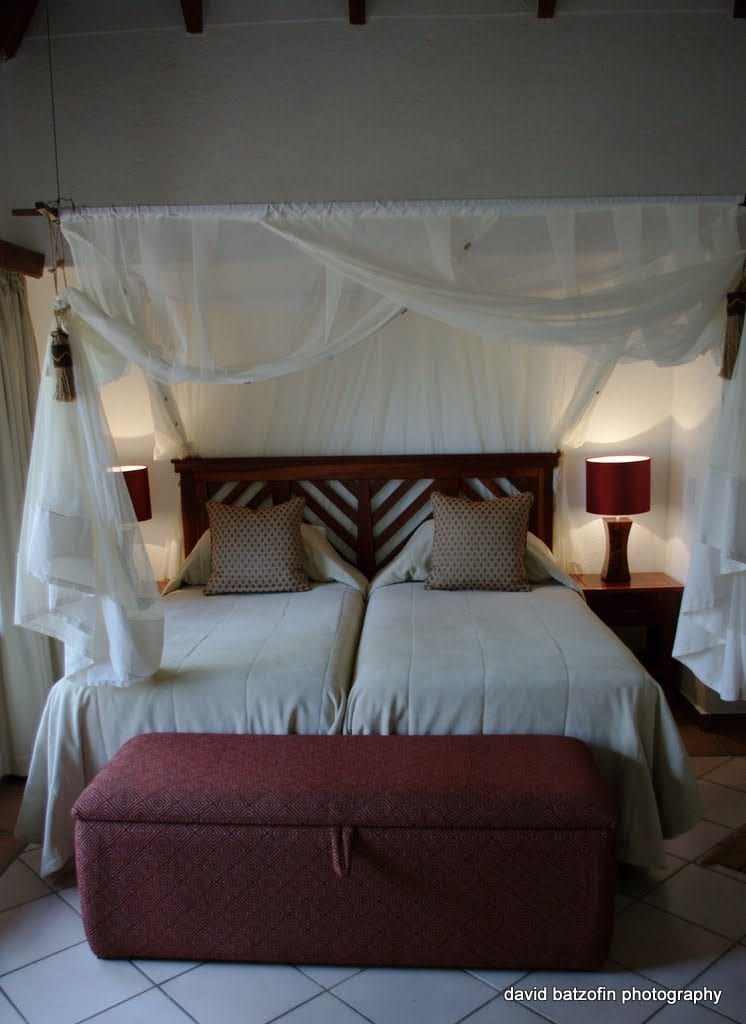 Idube Game Reserve,situated in the Sabi Sands conservancy
means Zebra in IsiZulu and although we did not see any during our visit
my wife and I were certainly entertained by the big 5 and a pack of 8 wild dogs
During dinner on our first night Louis Marais, the owner
had confided to me that Idube “had it all” and I thought it was an idle boast.
How wrong I was proved during our stay.
On our first evening game drive we saw 2 civets,
unless it was the same one that could run really fast. 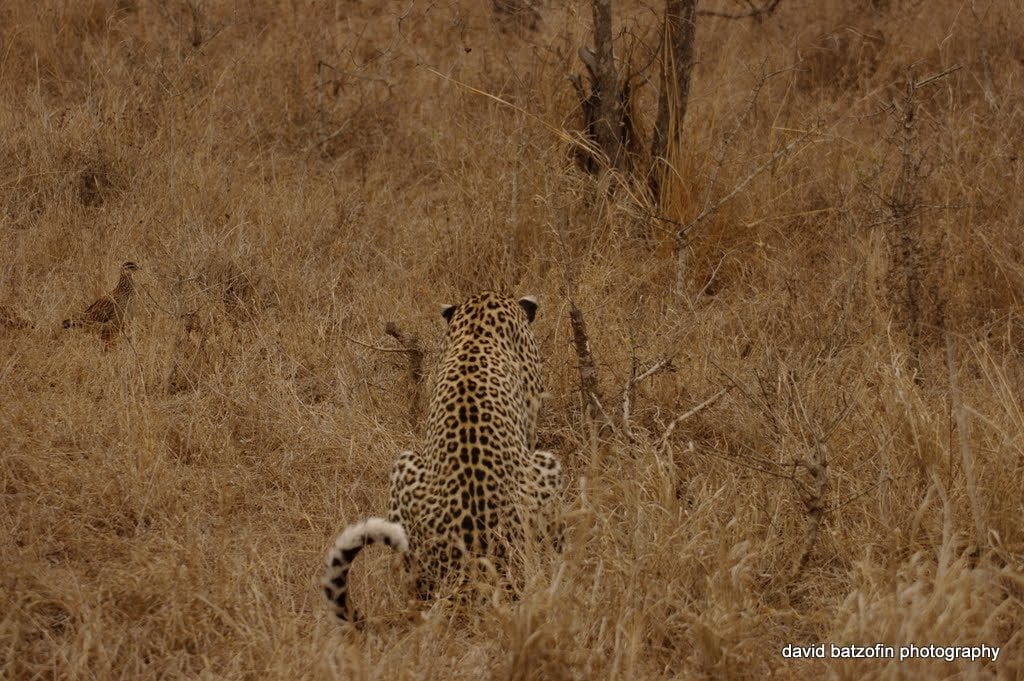 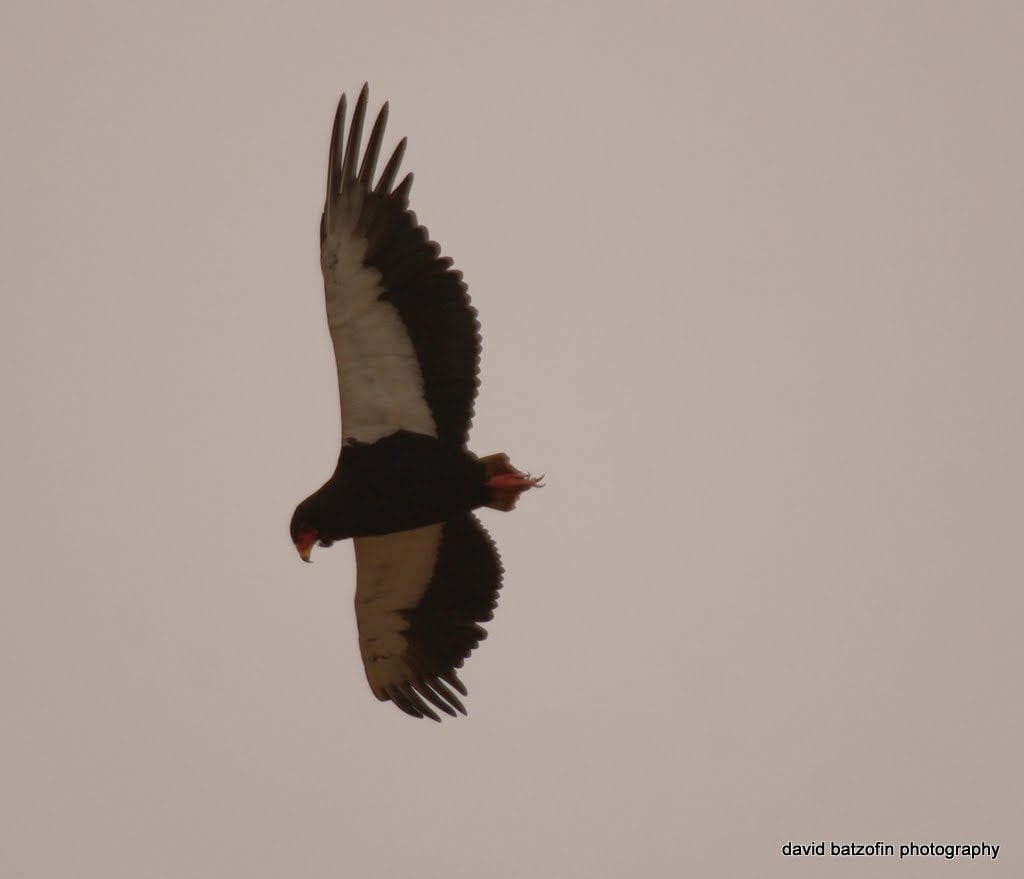 My favourite raptor, a Bateleur.
Even though the veld was extremely dry
and in need of rain after a recent fire
the bird life and especially the raptors
seemed to enjoy hunting in these open spaces. 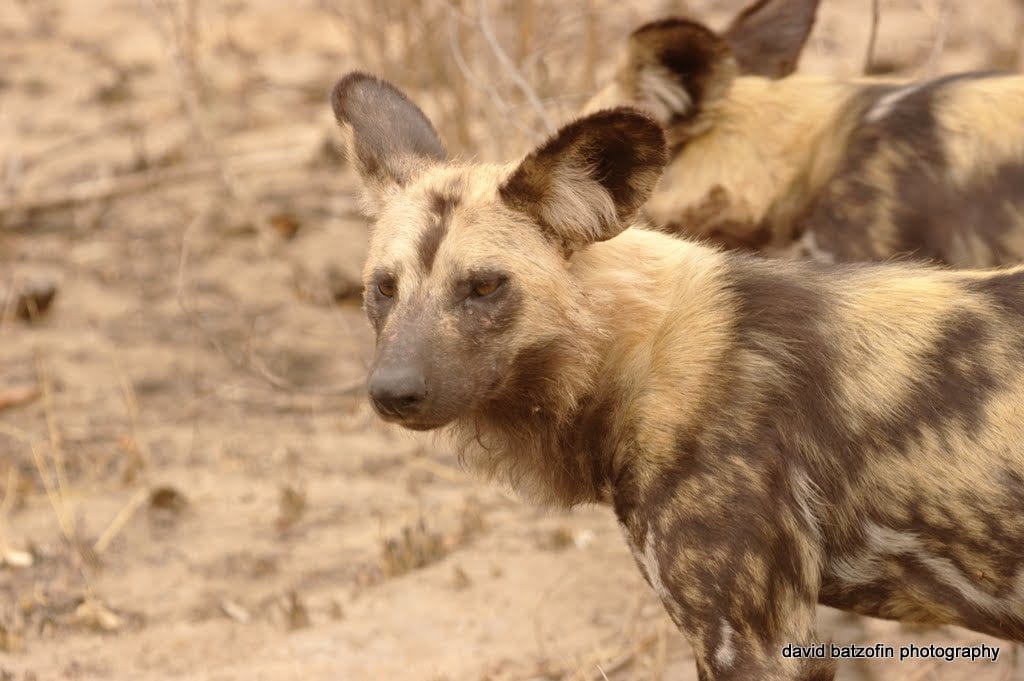 Our game drives were entertaining and informative
and our tracker was able to emulate “David Attenborough”
and found us an elusive pack of Wild Dogs.
(A couple of American youngsters on our vehicle
did a really great impersonation of this famous explorer!) 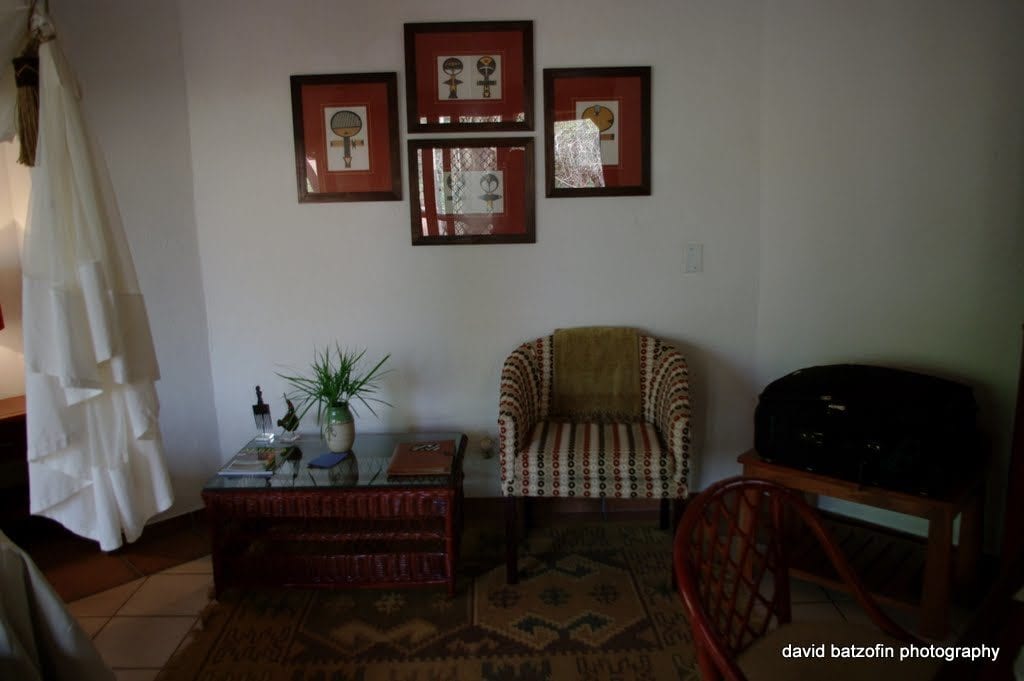 The accommodation was more than we were expecting
with a really comfortable bed, a small seating area
and a desk to work at (important to a working travel writer).
The bathrooms have recently been upgraded and
even though there is a bath and shower indoors there is also a private outdoor shower. 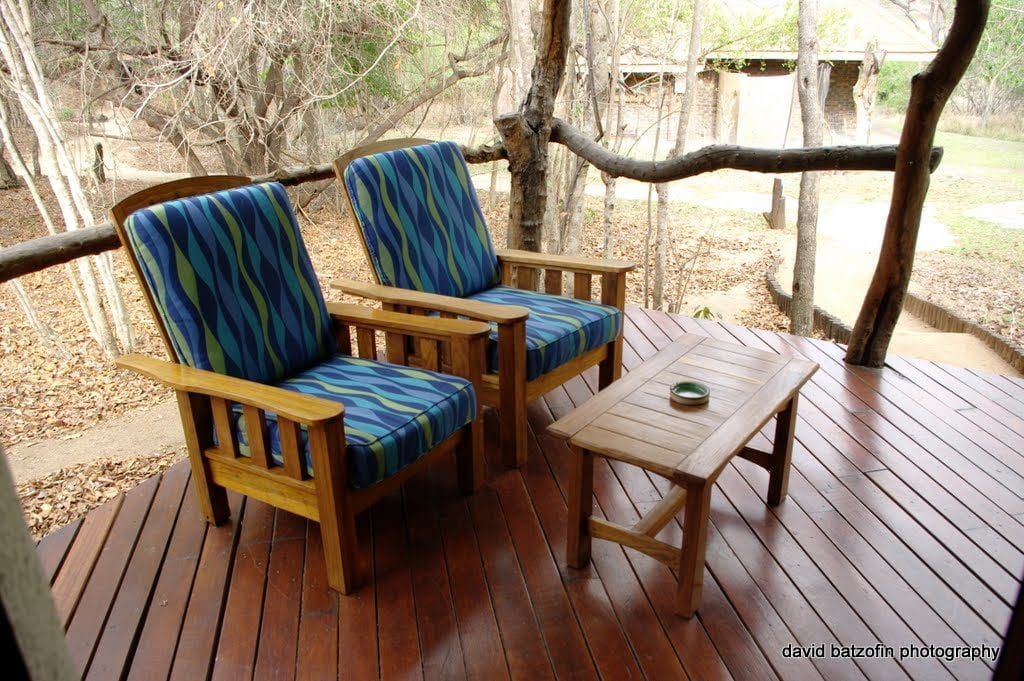 Our chalet also had a small veranda
where we spent some time watching Arrow-marked Babblers
and Tree squirrels as they scurried around nearby. 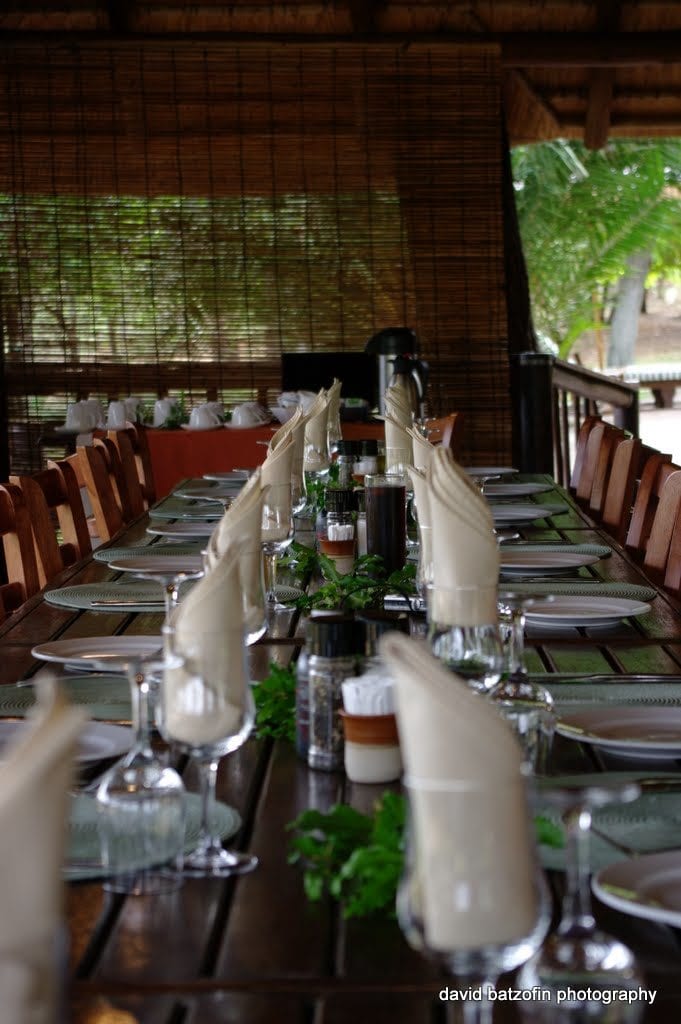 Unlike a lot of lodges that serve only brunch and dinner,
Idube serves a late lunch just before guests depart on the afternoon game drive.
But fear not as there is a well-equipped gym to help keep those extra kilos at bay.
The food is plentiful and really tasty.
Aside from the usual yogurt and Cornflakes at breakfast
we were served a delicious impala and eland stew.
Certainly a first for both my wife and I!
Dinner was served in the open Boma as it was a warm and dry evening,
but should the weather not play along there is a covered area that serves as an eating venue. 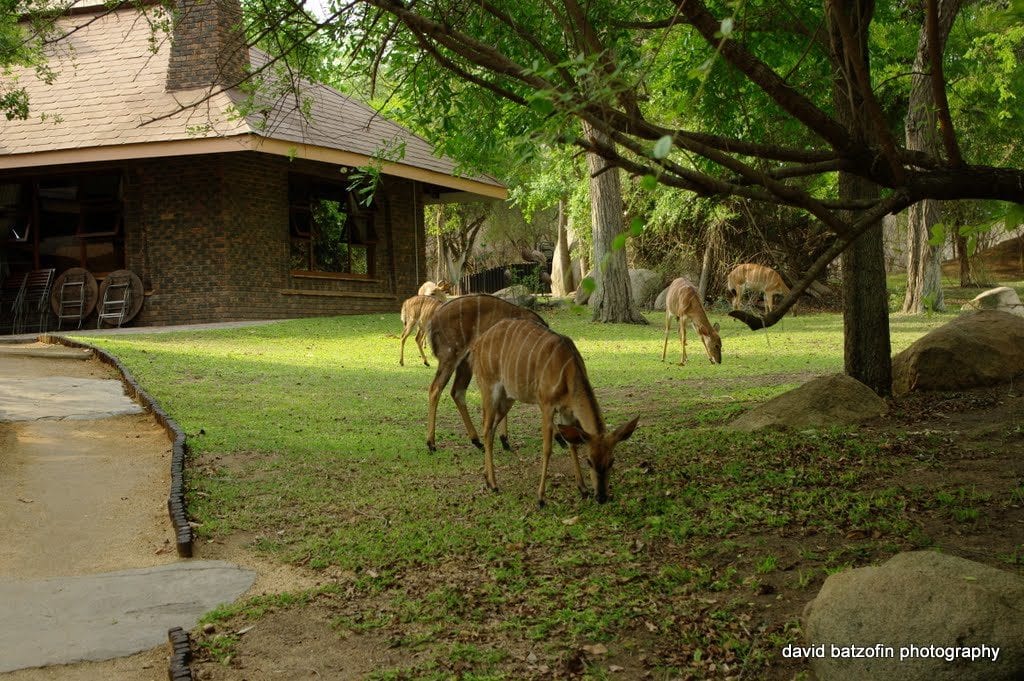 We decided it was time to head back to camp for a mid-day siesta
before starting the “ eating, game drive, eating” cycle over again!
However with the lodge grounds teeming with warthog, nyala and vervet monkeys
I found myself on a “mini-safari” while my wife decided that she would take a nap.
As the camp is unfenced guests are walked to and from their accommodation at night.
Much safer for both guests and animals as we certainly believed
that neither species wanted to encounter the other. 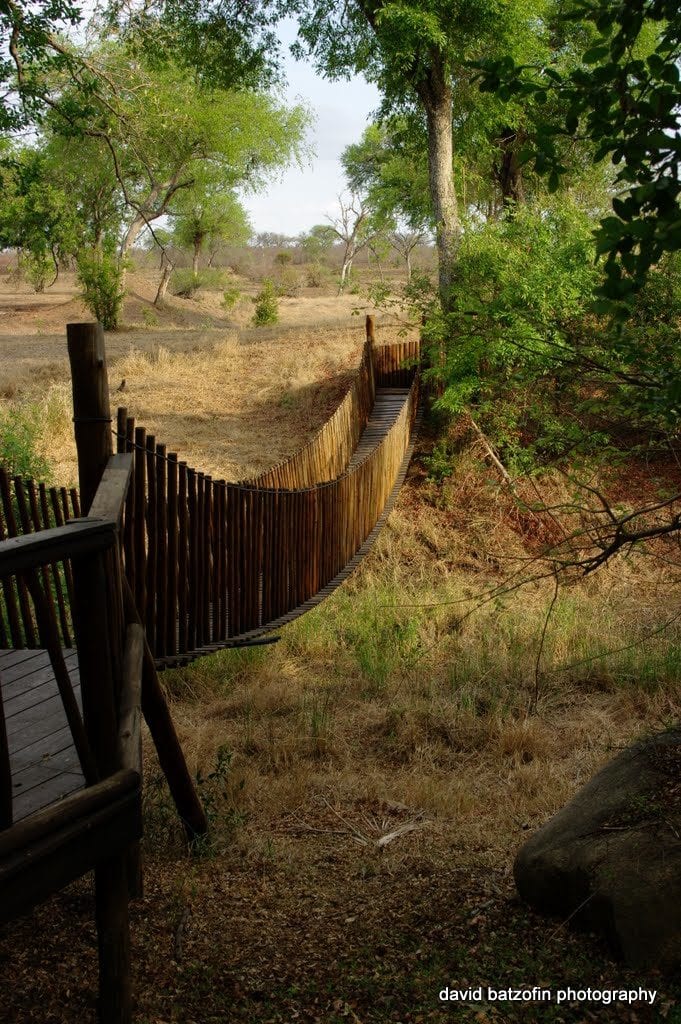 Lunch is served next to an open plan outdoor lounge that has access
via a swing bridge to a hide that fronts a waterhole next to the camp. 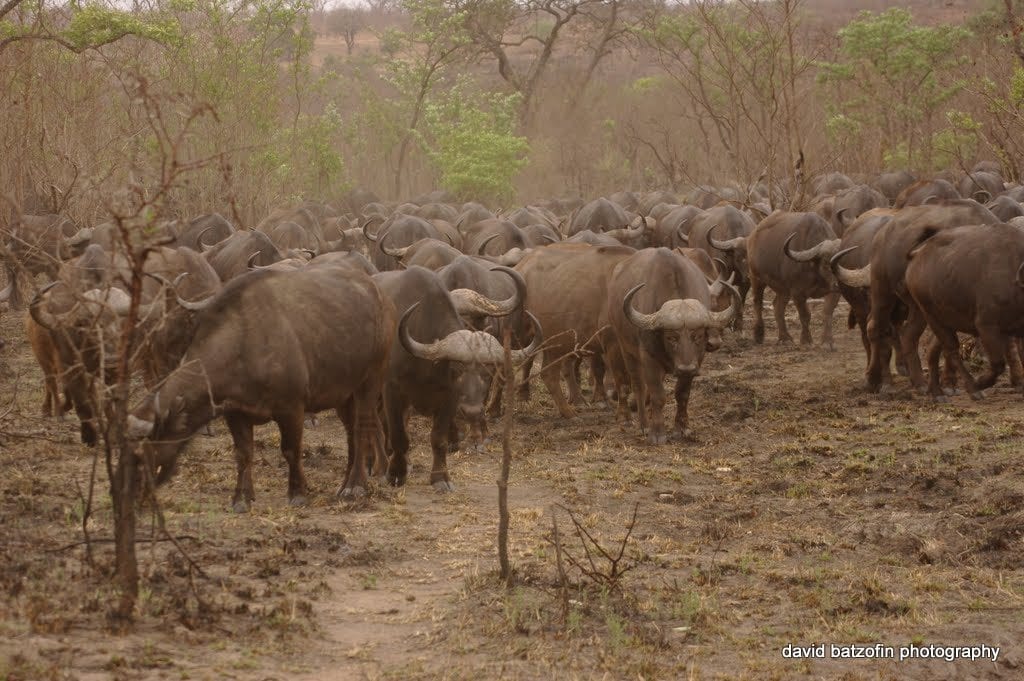 It was on this game drive that we ended up in a large herd of buffalo
that was meandering along looking for grazing amongst the burnt foliage. 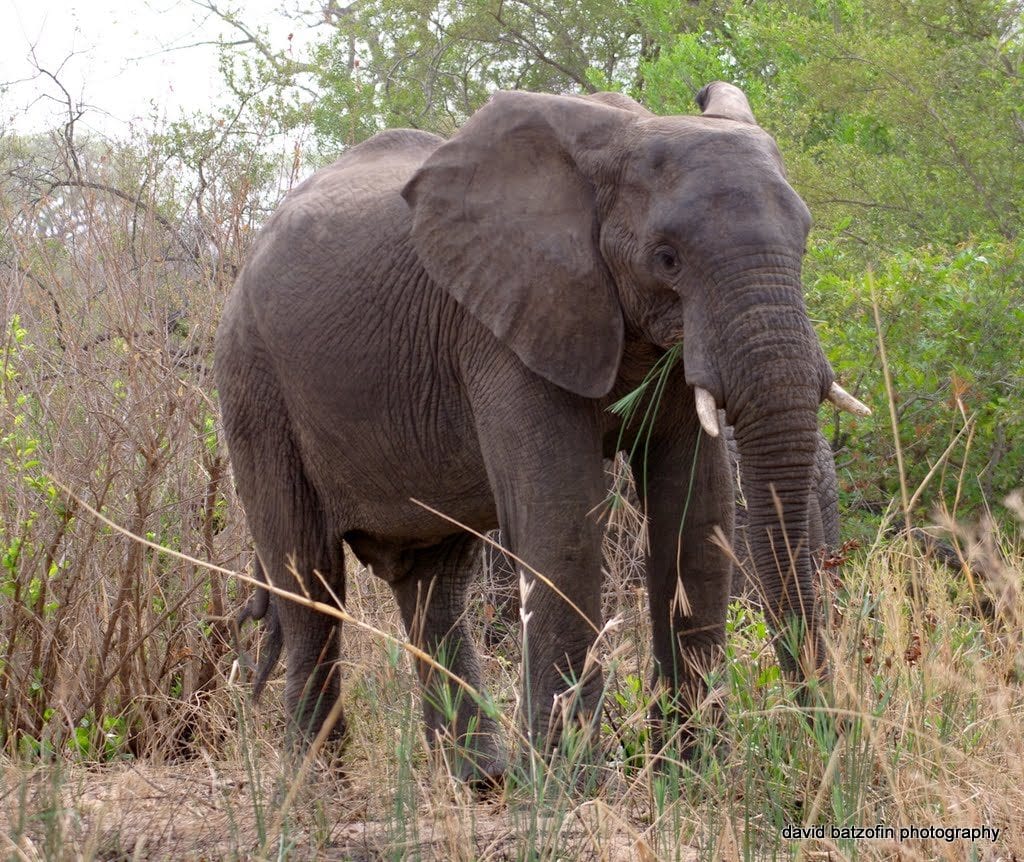 Following breakfast several of us took off on a bush walk that produced two Elephant
that although thirsty took almost 30 minutes to wander down to the dam we were sitting at.
But eventually his thirst and my patience prevailed
and we both got what we wanted.
However after only a few trunk-fulls he decided that food was more important
and he walked into the bushes and disappeared. 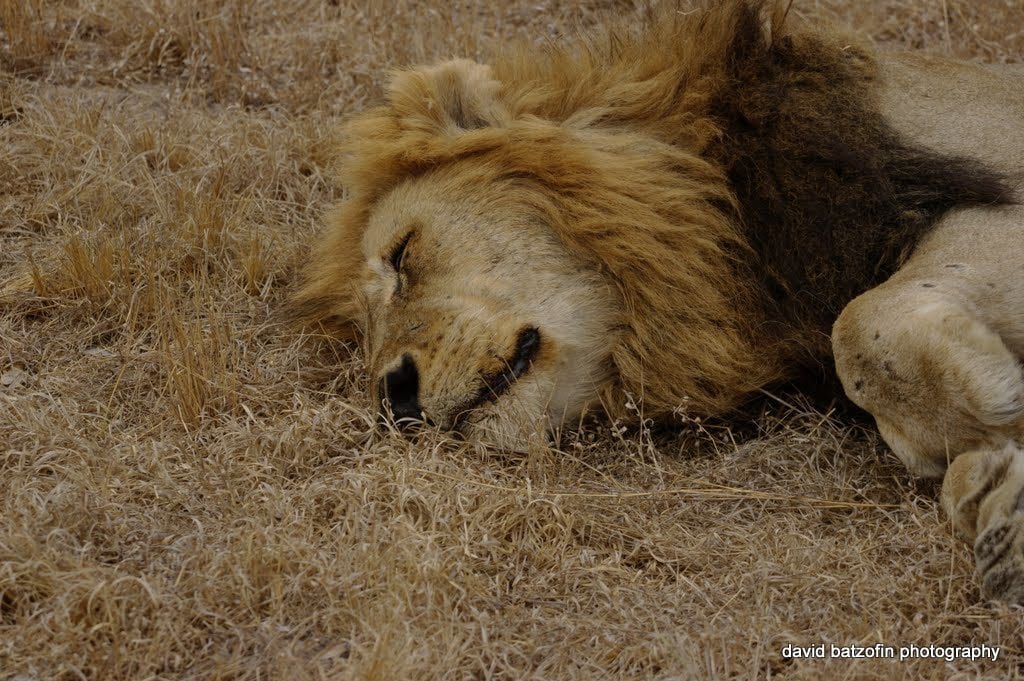 Our final evening game drive got us up close and personal
with two lions doing what lions do best…sleeping. 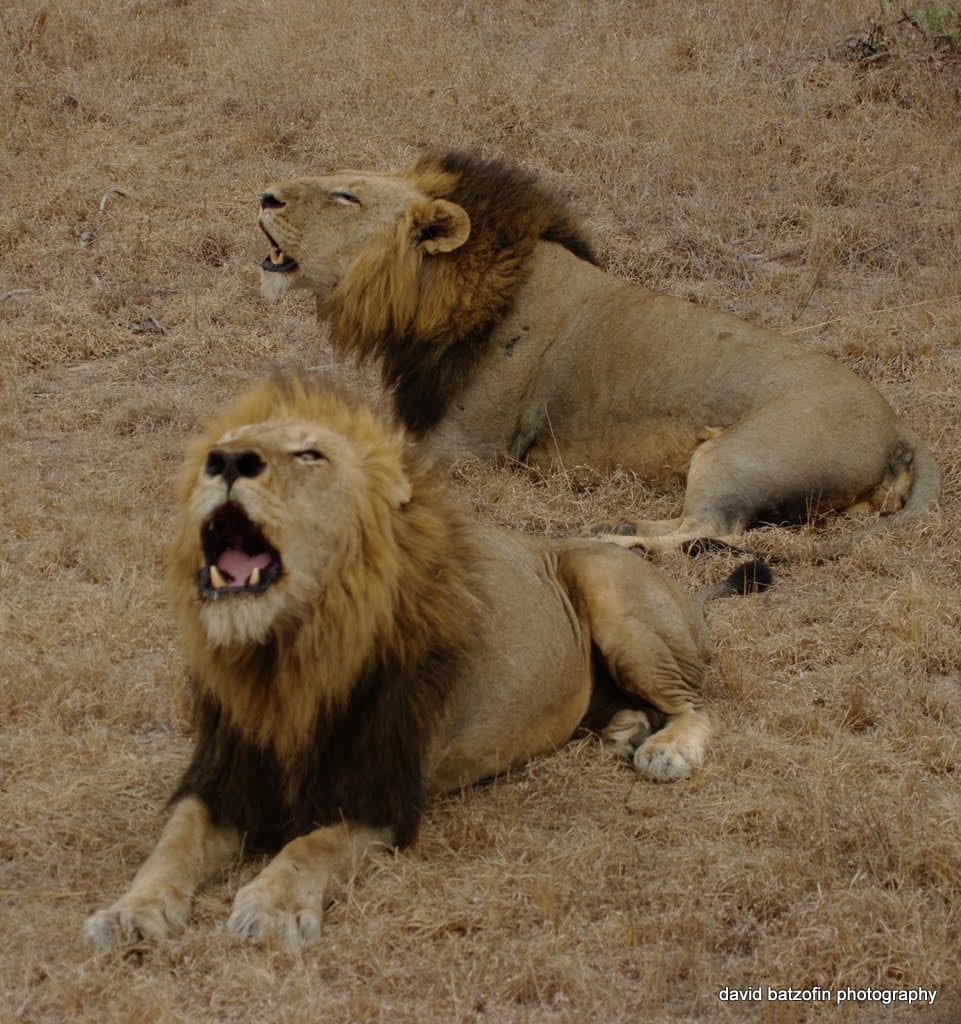 However upon hearing a lioness calling close by they both sat up
and started vocalizing.
Never having been that close to a calling lion before
it was intimidating to say the least as our vehicle vibrated to the resonance of their calls.
Something that we were both glad to experience, from the safety of a vehicle.
After calling for about a minute both lions had had enough and
as one fell onto their backs and went to sleep…again! 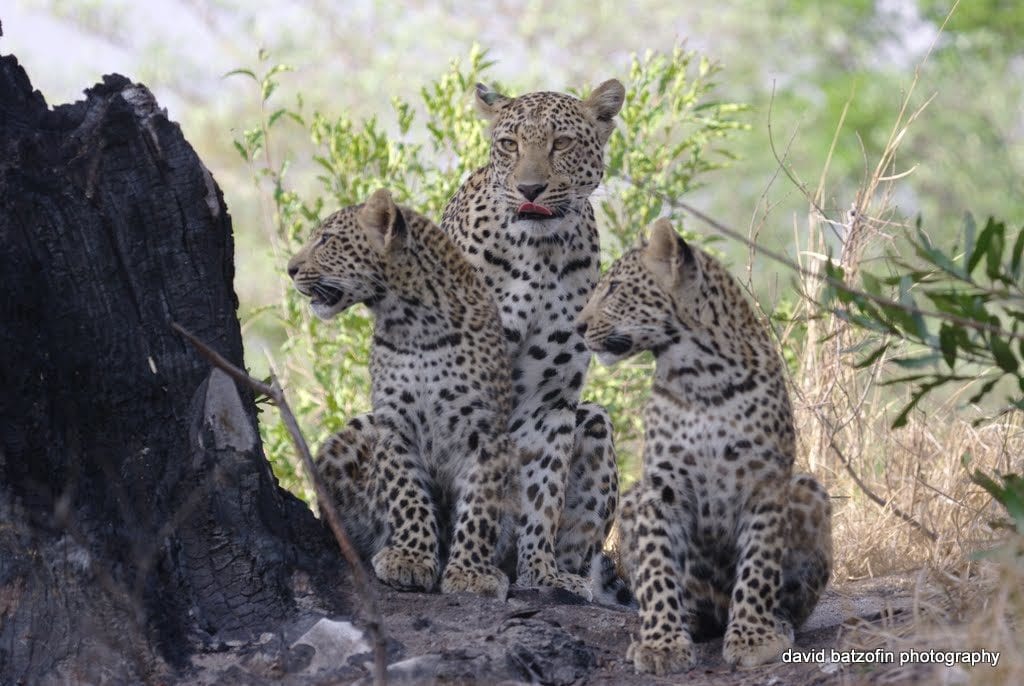 Our final game drive proved every bit as exciting as the preceding ones.
We were able to spend time with a leopard and her cubs that were stalking
a spotted genet perched high in the branches of an acacia tree.
When this “hunt” proved unsuccessful the cubs tried to scare an Nyala bull
which barked in defiance for a while before doing what prey animals do best
when faced with predators of any size…it ran! 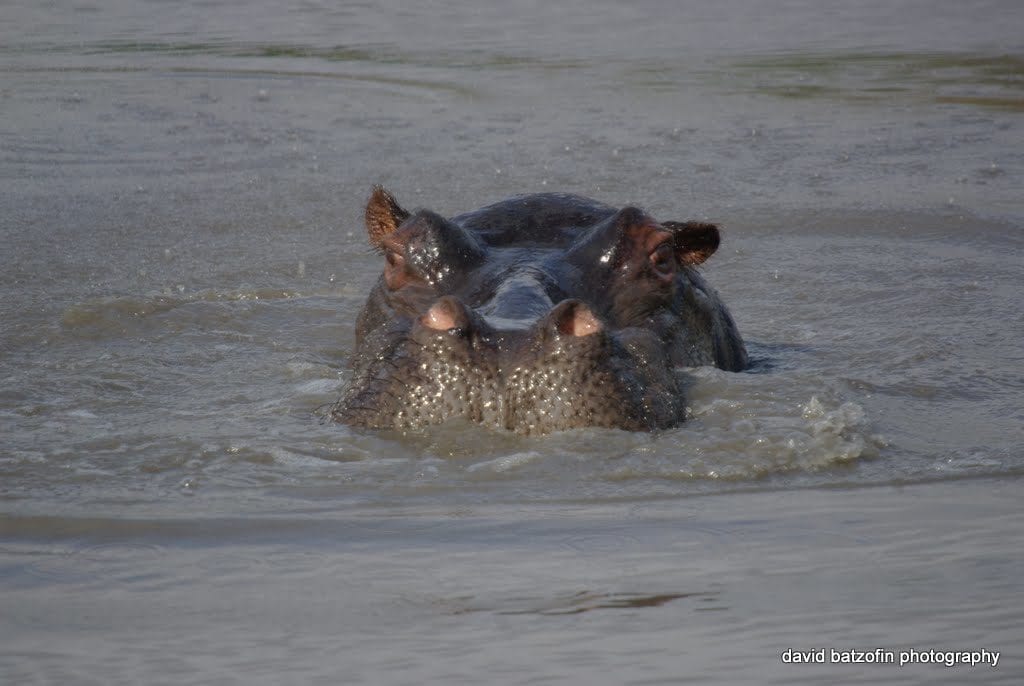 We completed the game drive with coffee next to a dam
which was home to a lone bull hippo that did not take to kindly
to it’s territory being “invaded” by on of the young guests on our vehicle.
With a loud bellow it was hippo 1, guest nil…and we packed up
and left for camp and breakfast
(It was the same guest that had been “caught short” on an earlier drive
and had to heed the call of nature while the herd of buffalo went by.
A short while later he had to “go” again and this time he had to speed things
up as there was a leopard walking towards him.
I certainly would like to be a fly on the wall when he gets back to school in the USA
and tries to convince his school mates that these two incidents actually took place! 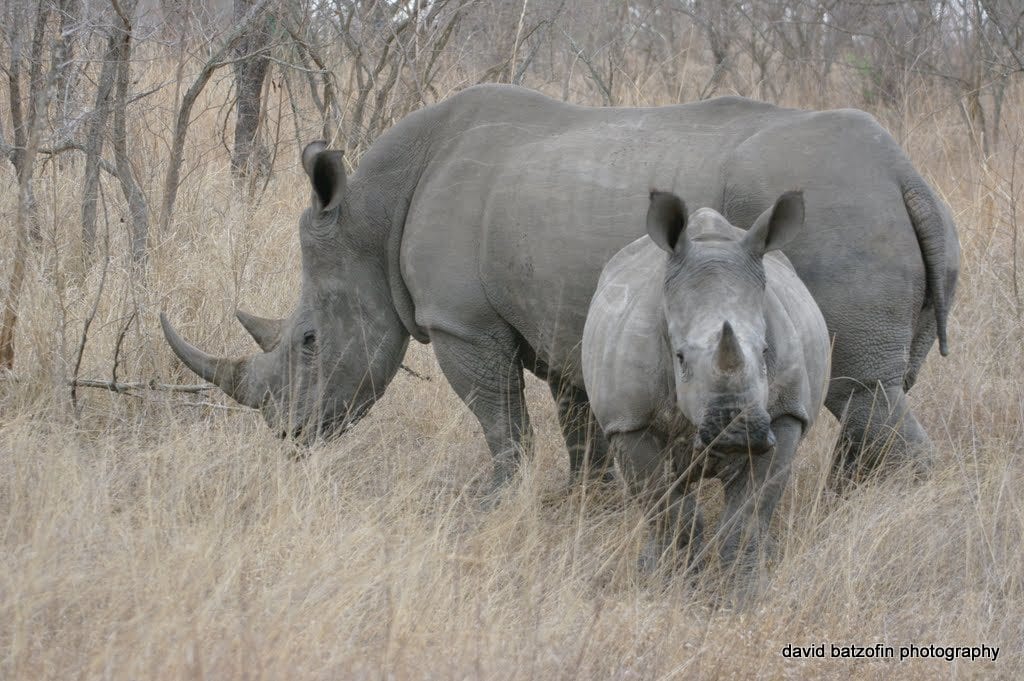 Mom and calf…
I hope that these White Rhino survive to give more guests the opportunity
to see them in the future. 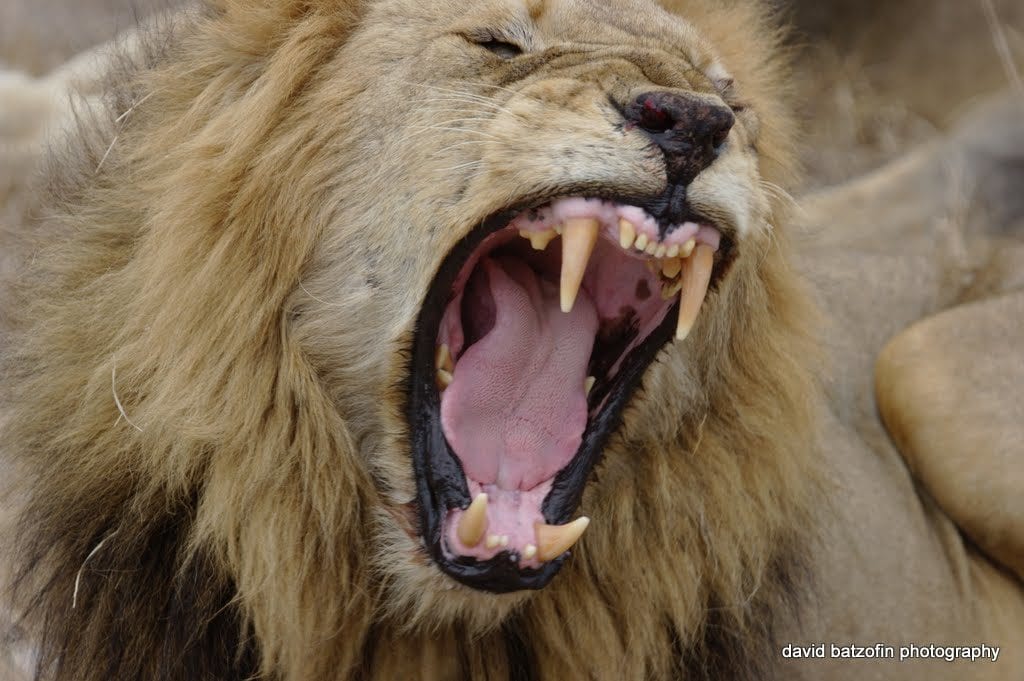 A big thank you to all the lodge staff and a special word of thanks
to our ranger Andries who got me into the best position for my pictures
and Titus, our tracker  who found us the wild dogs.
Once breakfast was complete and we had said our good-byes
it was time to take to the highway back to Johannesburg
and start planning our next adventure… 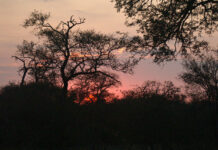