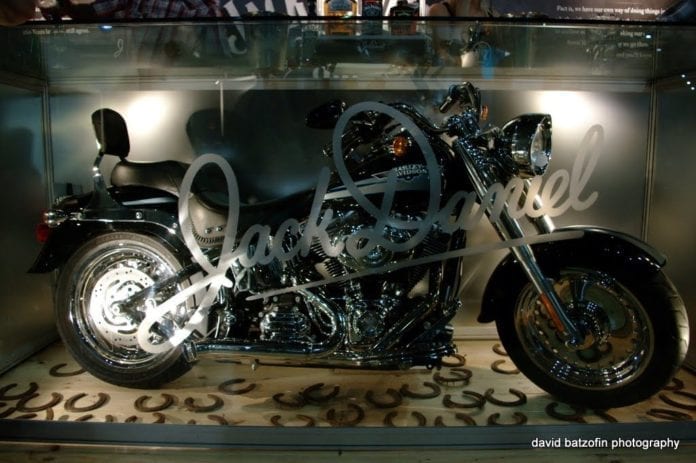 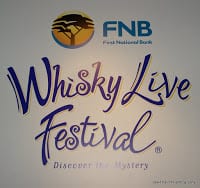 The FNB Whisky Live Festival that my wife and I recently attended was an eye-opener for me, as I don’t drink.
Walking through the car park gave us both an inkling of what type of person might be imbibing product in the tasting hall.
An Aston Martin DB9 convertible was parked next to a Porsch Panamera with a Lambo not too far away.
We both felt a little out of our comfort zones never having attended an event like this before, but we got our tickets and vouchers and sallied forth to see what lay inside the tasting hall. 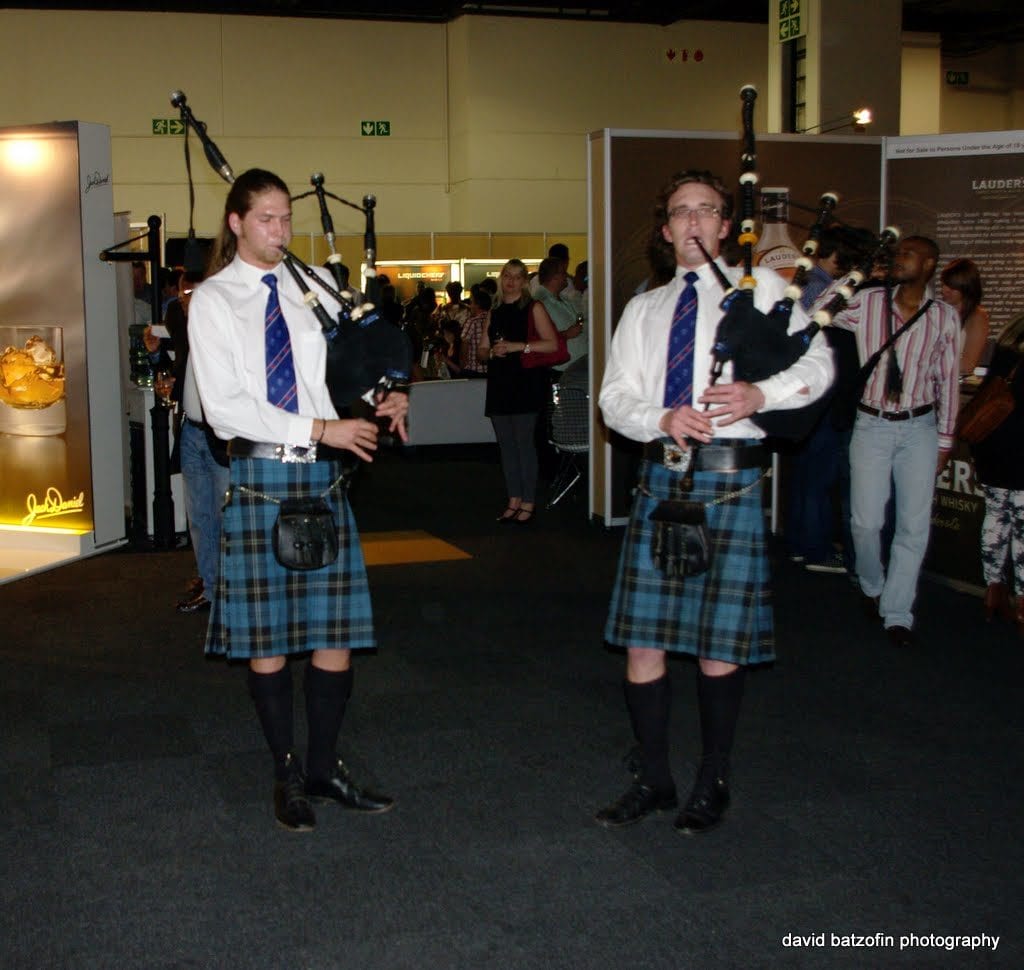 I have always wondered why the Scottish and the Irish spell the word differently. The latter have added an “e” for some reason known only to the early distillers.
After some research at one of the exhibitors, I found out that the difference was because in the late 19th century the Irish product was better and did not want to be confused with the less impressive Scottish variety.
Because of the number of Irish immigrants to the USA, the Americans have adopted the “e” in the spelling.
I have it on good authority that either spelling is correct and even the generic ”scotch” can be used.
But not in Scotland where it is referred to as “Whisky”!
I was told that the Scotch Whisky Association, rates South Africa the fifth largest Scotch market by volume in the world.
While my wife decided to try to see if she could perceive the difference between the brands I discovered more about this spirit.

In Ireland the first written record of whiskey appears 1405, while in Scotland there is written evidence that production started in 1494.
I could not understand how the event was billed as a “whisky and lifestyle event” when aside from the alcohol there were only sunglasses, watches and a Lexus on display.
But perhaps I am nitpicking, as the crowd seemed to be getting into the “spirit” of the event, so to speak. 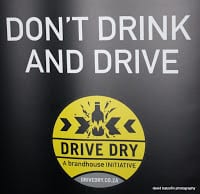 As an aside, the organizers do promote responsible drinking and to this end had cheaper drivers tickets on sale. There were also several cab companies represented that meant there was no excuse to drive home drunk.
Food and water vouchers were included in the ticket price and there was security staff on duty to make sure that no under 18’s were allowed into the tasting hall.
The Prego rolls that we had for supper were fresh and tasty but I believe that the exhibitors should have had snacks on their stalls…even peanuts would have been welcome. (Perhaps even a kosher food stall might be an option for next year?)
I did eventually find some crackers that kept me going until I discovered dried wors (like beef jerky) at another stall.
There were also jams and maple syrup (?) on offer, to add to the lifestyle component of the event I assume.

But without a doubt the “STAR” of the show, certainly for my wife and several other visitors I chatted to, was a single malt distilled in Wales! 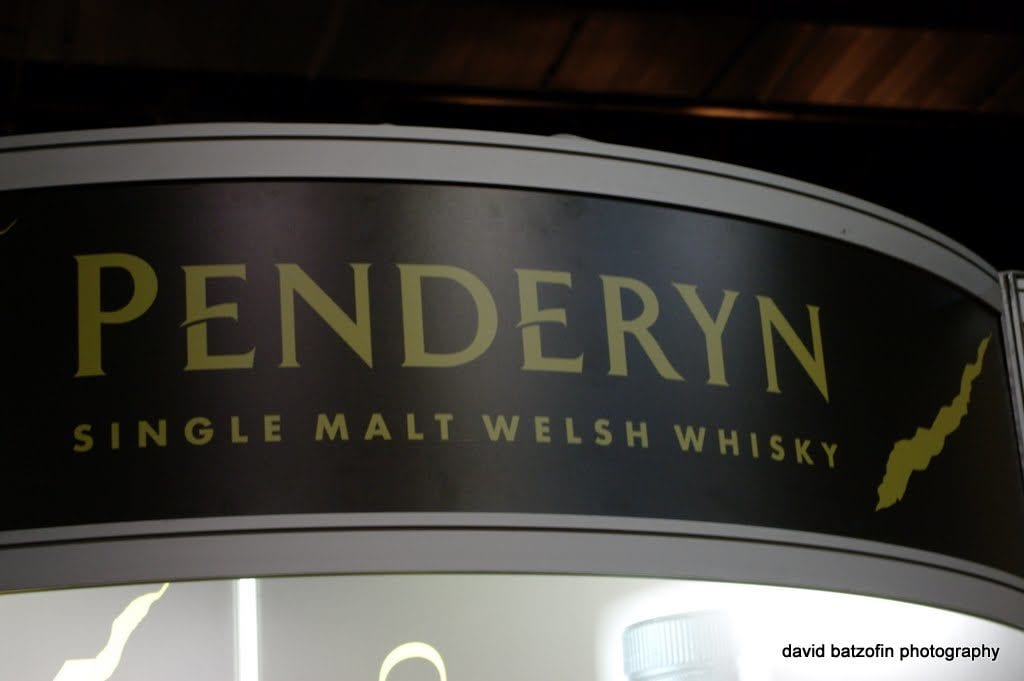 Produced the smallest distillery in the world, Penderyn is made by Gillian Macdonald, one of the few female distillers in a male dominated industry. 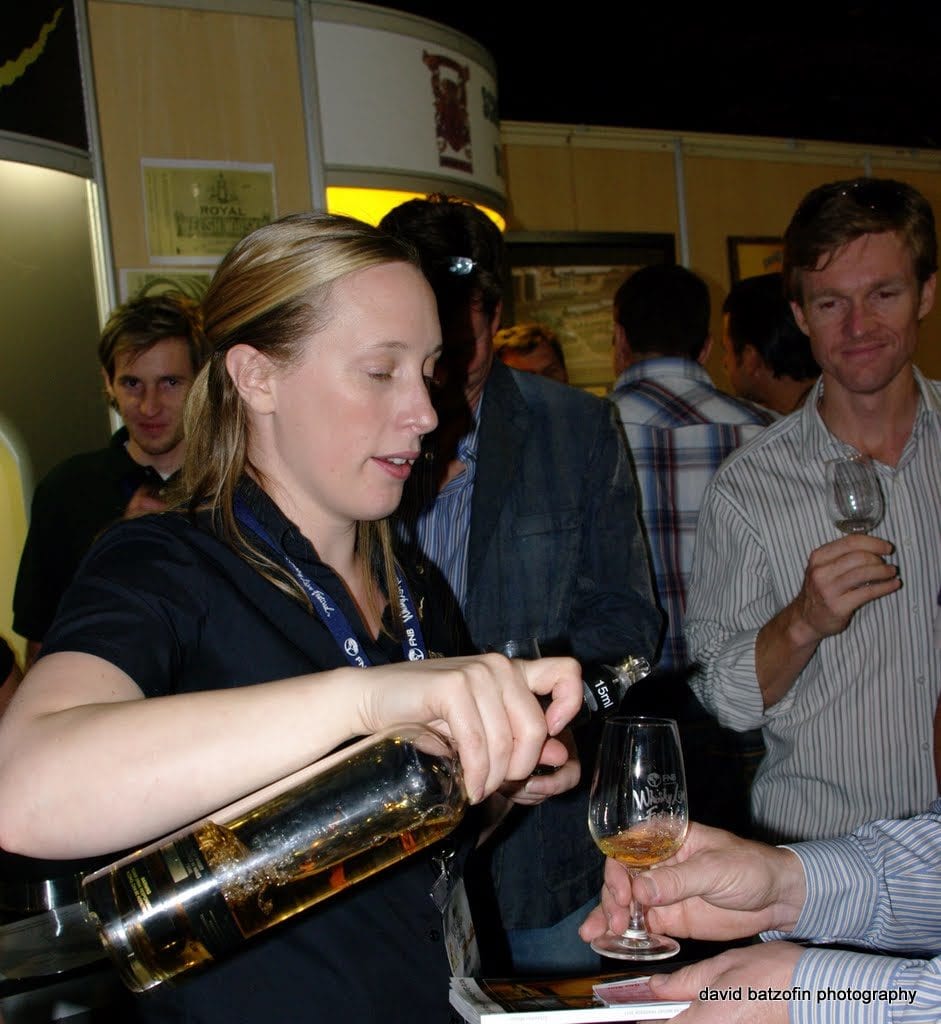 From all accounts and from the looks on faces the visitors trying this brand it was a huge success.
The product has only been in South Africa for 12 days and is already flying off the shelves!
While my wife tasted several of the brands on offer, I was intrigued to see how the better-marketed brands attracted the majority of the drinkers.
Jack Daniel’s was well represented, but I could not find any Southern Comfort…I wonder why? 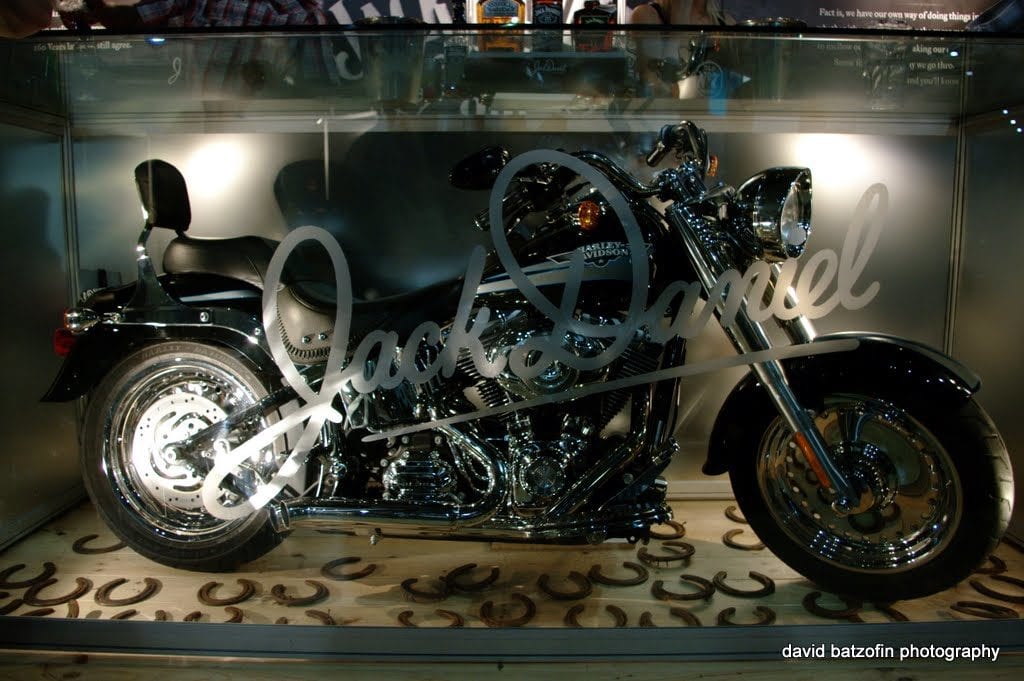 I also discovered that often whisky is bought for investment purposes, when I found a bottle selling for £7000.00!

My wife enjoyed the evening thoroughly and her “WOW” moment was certainly sampling the Welsh phenomenon, Penderyn.
Personally, I had a great evening of people watching and finding more about products that knew very little about to start with.
Neat or with water and ice, CHEERS!