We have all heard the expression “Only in America”…well today was one of those “Only in Africa” days here in 7th Street.
It all started off innocently enough.
I needed to go to the Pick ‘n Pay in Victory Park and as it was one of those great Highveld mornings, I decided to walk rather than drive.
The walk there and back was totally uneventful and when I got home I decided to sit in the garden and read the newspaper before getting back in front of the pc to complete an article that I was writing.
Before going outside, I packed away the recently bought groceries and checked my email.
Then our street became the Wild West…
As I opened the front door I heard a noise that I thought was a car back firing…followed by a different and louder back fire. These were followed by several more noises in quick succession.
I realised that the bakkie and the car that had just passed our gate were involved in an exchange of gunfire!
With the recent death of a 12yr old caught in crossfire, I decided to keep my head down and I must admit I almost leopard crawled back into the house and locked the security gate.
Once the gunfire had stopped, being the inquisitive sod that I am, I decided to see what was going on almost outside our front door.
It turned out that both ADT Security and the police had been chasing a bakkie with 4 thugs in it.
With 3 tires shot out the bakkie had come to a halt about 3 houses up from us. Here the thugs had tried to hijack a motor car.
They smashed the driver’s side window, hit the woman driving the vehicle and pulled her out of the car.
As she had not had time to pull up her handbrake, her car rolled into the bakkie and they were forced to flee on foot.
One of the neighbours further up the road came out of his gate to see what was going on. He found himself with a gun in his face, and he had his keys and his BMW taken from him (The car was later found in Soweto as it had a tracking device fitted)
By this time a police helicopter had joined the search, as had several more police personnel on foot and with automatic weapons…They prowled the empty streets…a bit like an episode of squad cars, but with live ammo.
The driver of the car was taken to a nearby house and treated.
While I was standing talking to the cops, a head popped up in the back of the bakkie! None of the police had thought to check in there!
Within seconds the thug had at least 6 weapons trained on him as he was unceremoniously dragged from the back of the bakkie.
It turns out that he had been shot in the ankle, and this only angered the police, both black and white, who promptly proceeded to kick the crap out of him. And if that was not enough, they kept stepping on his shot ankle and then kicked him when he screamed.
He lay,handcuffed, in the blazing sun from just after 11am till almost 3pm when an ambulance was eventually summoned.
In the meantime the helicopter continued to search the area and eventually two more thugs were found hiding in 6th street and arrested.
When last I spoke to the police, the fourth suspect was still at large, but they were confident that they would get one of the arrested thugs to talk and give him up.
The group has been breaking into houses in the Randburg area for the last week. The bakkie used in this incident was stolen yesterday.
The cops were so pumped with adrenaline that I am sure that the beating the thug took was to get rid of some it. And I really must admit that I felt nothing for the beating that the thug was taking.
Seventeen shots were fired in total, and I am not sure where the bullets actually went, except the one in the ankle of the thug in the back of the bakkie.
While Caro and I were having dinner we discussed the shooting and came to the conclusion that the cops were at a disadvantage. The passenger had to fire with his left hand, while the driver had to fire and drive at the same time.
Once the woman was pulled out of her car, the cops had to stop shooting for fear of hitting her. It turns out that at this point one of the thugs actually stood next to the bakkie and took a shot at the police vehicle before running off!
They tried to hijack the bakkie off a building site close by,” Baas, we want your keys” they said…but the builder did not have the keys. Note the use of
‘BAAS’ when asking for keys at gunpoint…you just have to laugh
The builder did try to stop them, but a 9mm shoved in his direction put paid to his ideas of being a hero.
And the most ironic of all was that when I went to get my mail, the papers that I had been waiting for from NZ were in the letterbox
IS THAT A SIGN OR WHAT!
But the vehicles have been removed as has all the police tape. So people driving down 7th street would never know of the gunfight that had taken place this morning.
I must say that I have been left a little shaken by the whole event, but I know that this feeling will pass within a day or so.
That being said, I do believe “Its time to get the hell out of Dodge”! 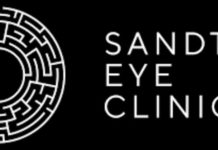