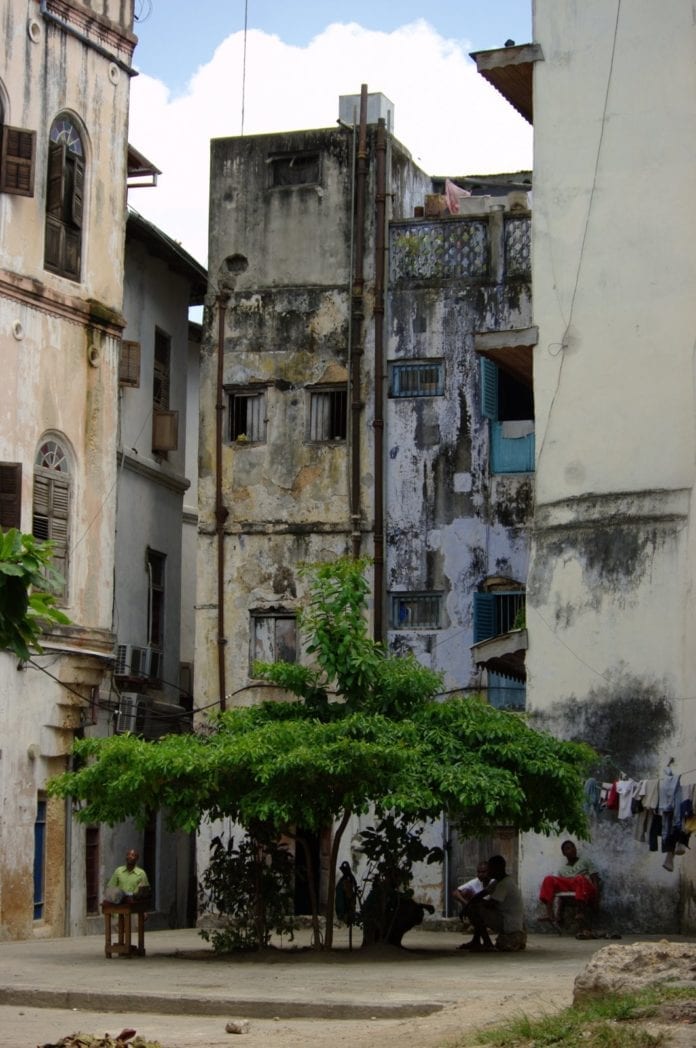 Our arrival at the Zanzibar International airport was like flying into is like any small town airport like most international airports everyone wants to push your trolley or carry your baggage, but we have learned do this ourselves as retrieval of said baggage can be costly.
Day tours were organized via our guest house and we took full advantage of what was on offer…no sitting around on the stoep reading a book for us! (My wife believes in filling every minute of every day that we were away)
Some trivia about the Island:
There is no perceived speed limit.
There is no lettuce!
The locals speak Swahili, but most speak a smattering of English, or certainly enough to barter in
“You’re welcome” and Hakuna Matata”(no worries) seem to be the most heard Swahili phrases on the Island
At low tide the sea retreats for about a kilometer into the Indian Ocean.
Roads are in reasonable condition, but like most Indian Ocean Islands they are REALLY narrow.
The local “busses” would put our taxis to shame. Filled to the brim, the conductor hangs off the back of the vehicle.

Our guest house was quiet and basic. But it was right on the beach! If you want loud music and plenty of tourists to interact with, there are establishments that will cater for that.
Our enormous bed was about ½ m off the ground and with a mozzie net. (Staff came to spray the net late in the evening) We also took anti-malaria meds as well as using mozzie patches and citronella oil.
Dinner was fish curry and rice for wife and grilled King Fish with veggies for me.
The hotel manager told me that the majority of the locals eat fish most every day.
I witnessed some small boys fishing in the late afternoon (with great success) and I assumed that the catch was destined for their family dinner table.
Breakfast was a fruit juice (mixture of pineapple and mango) followed by scrambled eggs/Spanish omelet with a pancake and a slice of cake!
Aside from dogs and cats we came across a camel wandering the streets of the village behind our hotel..
The curio shop owners, once they found out we were from South Africa all wanted to know about “Bafana Bafana” and why the team lacks a good striker! (Our trip was pre the World Cup. Although Zanzibar does not have a national team, the population does play and watch the game.
.My wife seems to be able to unearth a massage in the most remote places and no sooner had we arrived than she had sourced a masseur for a treatment and a henna tattoo.
We decided to stick to fish during our stay as we had seen the local scrawny chickens and we did not fancy them as a meal
With the number of South African tourists it was almost inevitable that we would bump into a local Zanzibari the spoke Afrikaans. His“Hoe gaan dit”? was followed by gales of laughter and “Lekker soos’n krekker”!
The one thing that struck me about Paje was the fact take the crows seem to have ousted all the resident birdlife including gulls. Much like Indian minors in South Africa, this invasive species seems to dominate the island.
During a beach walk my wife had discovered a sea food restaurant right on the beach which we ate at regularly. This place seems to be the most popular, so go early, or book a table.
Our tour package was put together by Dawie and Dream World Adventures.
Contact details:
Our holiday was put together by  Dream world Tours
email: info@dreamworldadventures.co.za
Phone: 012 331 6730