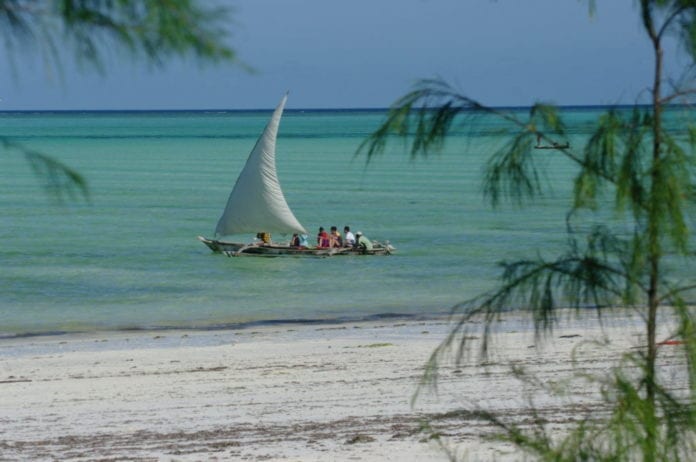 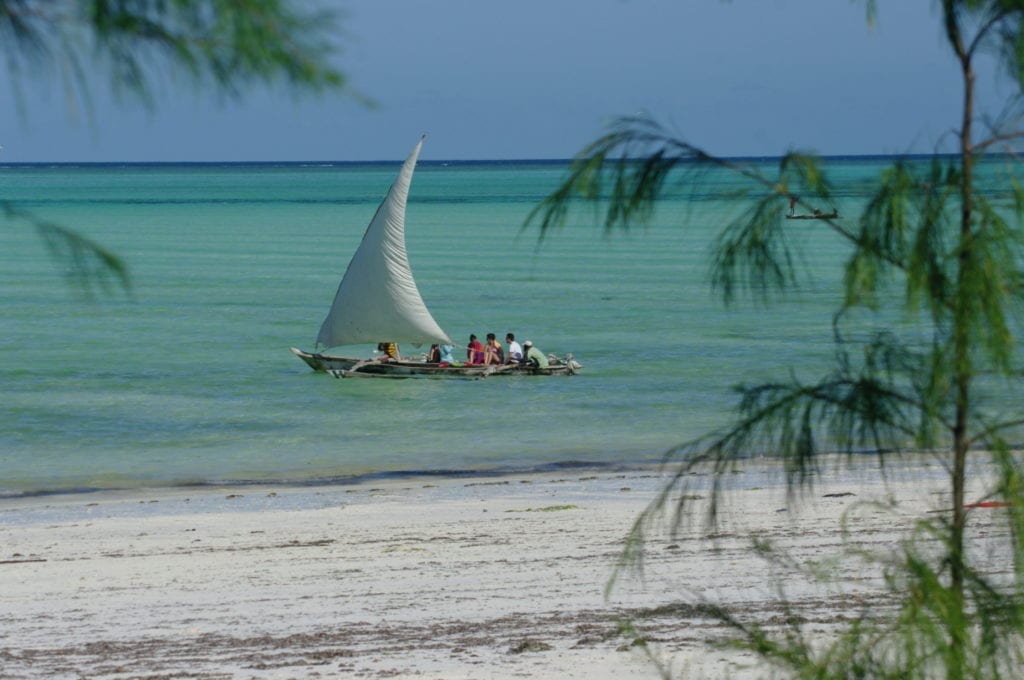 My wife and I were able to fulfill a long term goal when we were able to pay a visit to Zanzibar.
The Island gets its main source of income is from tourists and as a result it seems that almost everything is geared towards making your stay as interesting and diverse as possible. 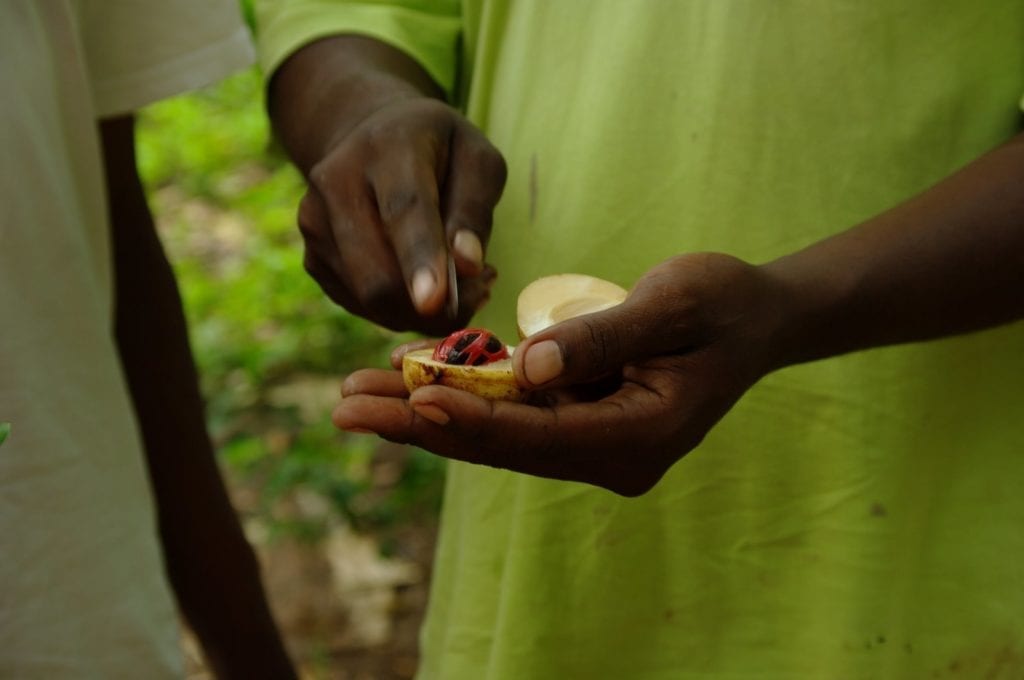 After tourism, spices are the second largest income earner for the locals. A visit to a spice farm is a must and we spent an enjoyable morning with Mr. Juma at The Hakunamata Spice Farm. 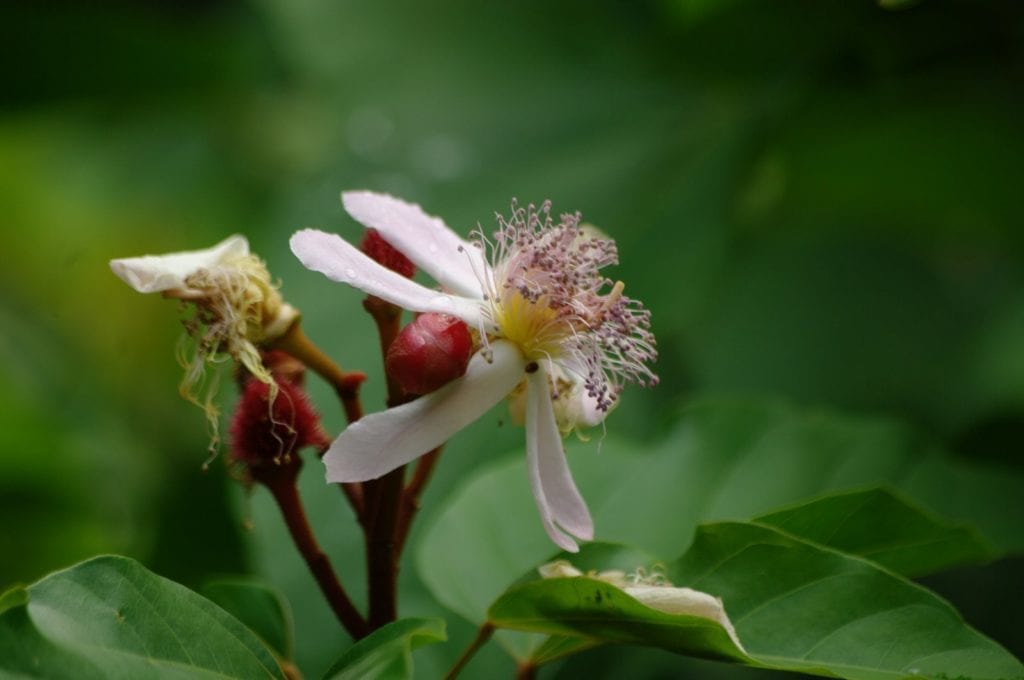 Finding out the story behind the spices on our local supermarket shelves was interesting and educational. I had expected to be bored being dragged from one plant to another but in fact the opposite occurred. Not only does each spice have its own story, but there were also several species planted specifically to keep the monkeys away from the pineapples that are also grown on the farm. Our guide was knowledgeable and his English was far better than my Swahili! He told us that some of the local guides on the farm are able to converse in several European languages. 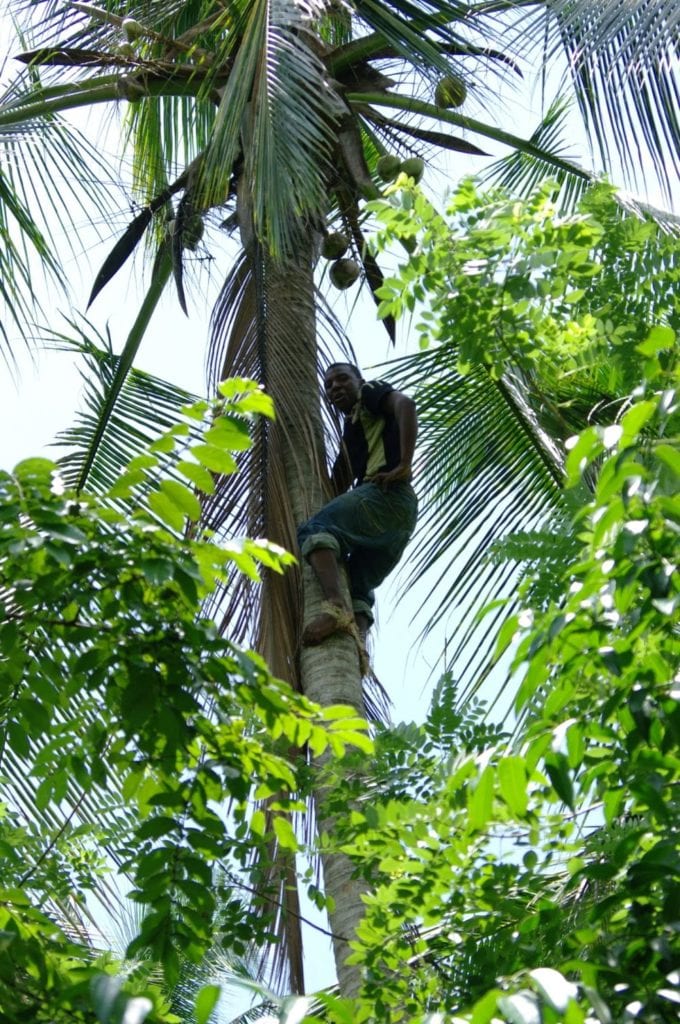 There were two highlights on the tour. One was watching one of the guides scamper up a coconut tree while singing at the top of his lungs and the other was the incredible souvenirs made for us out of palm fronds. 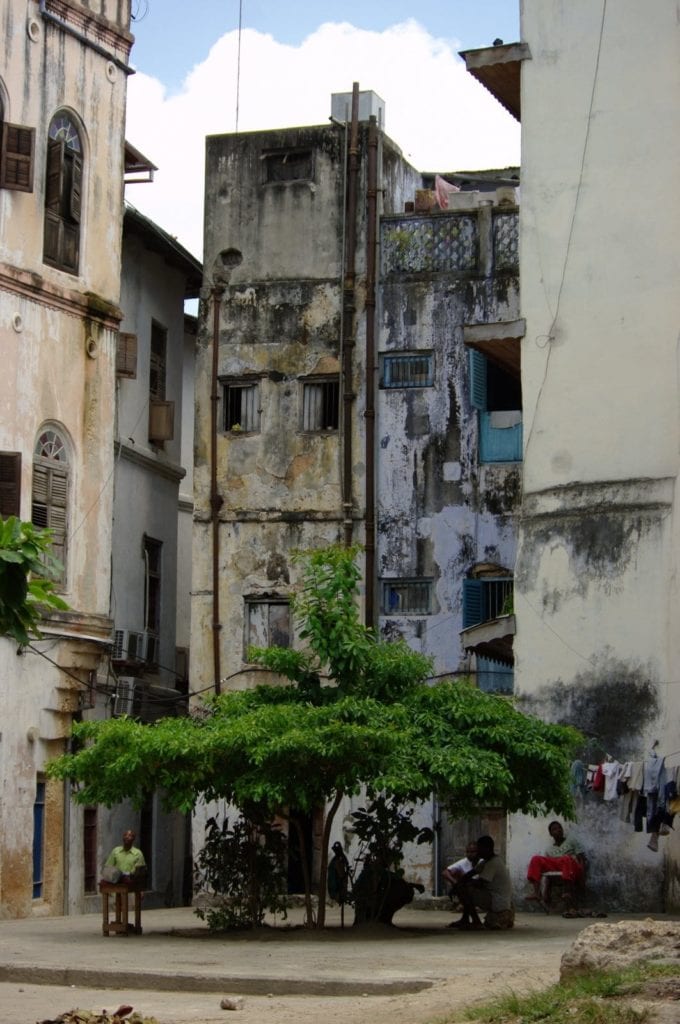 After our spice tour we headed for Stone Town. 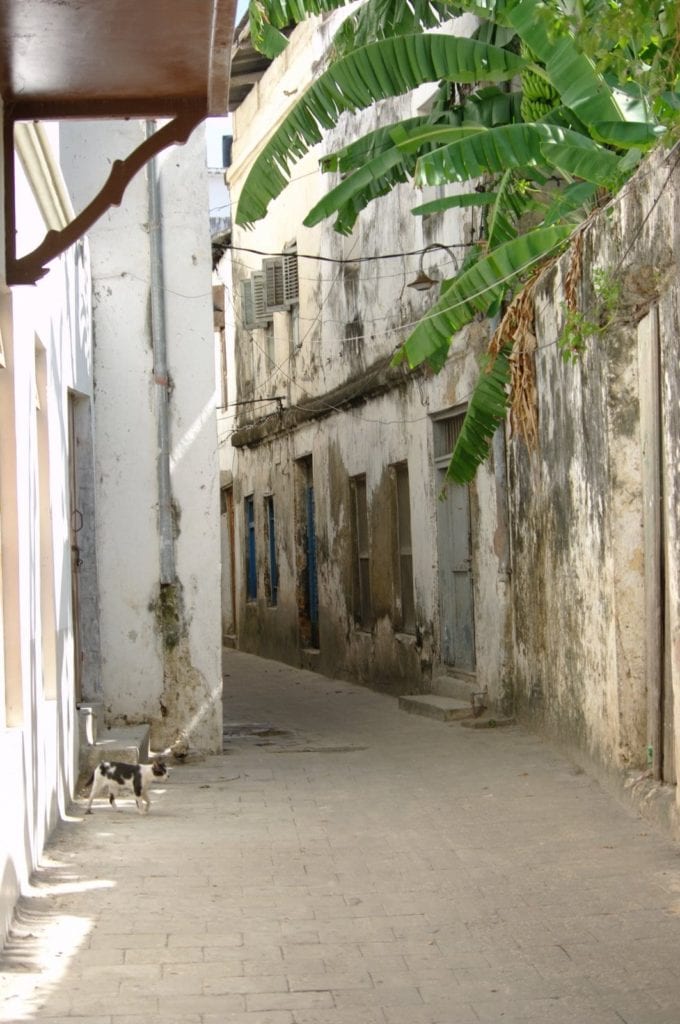 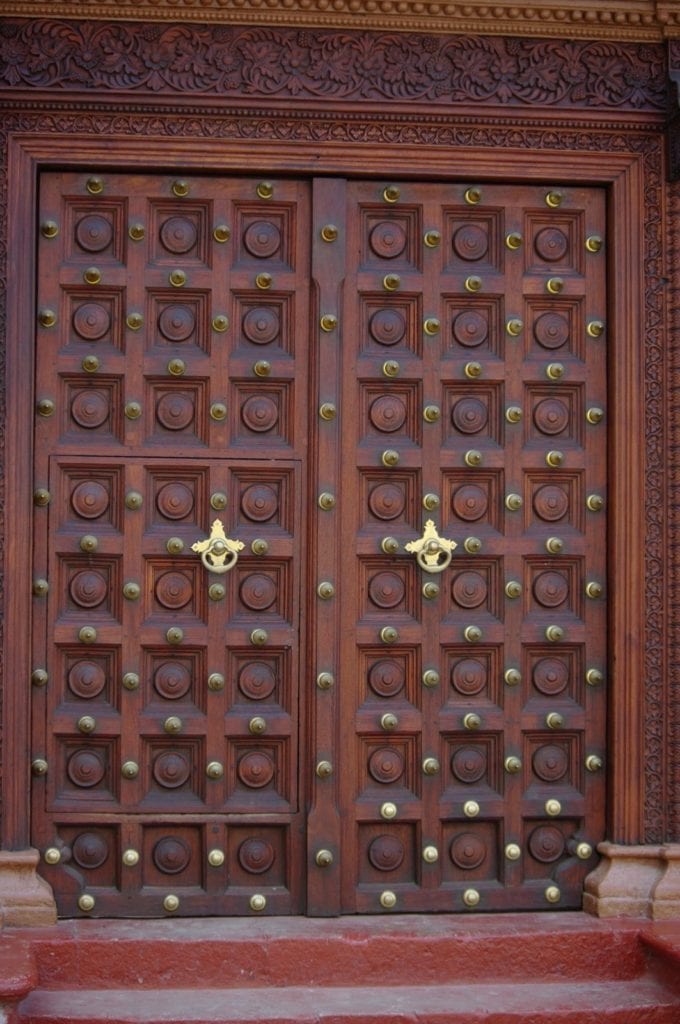 After spices Zanzibar is best known for carved doors… 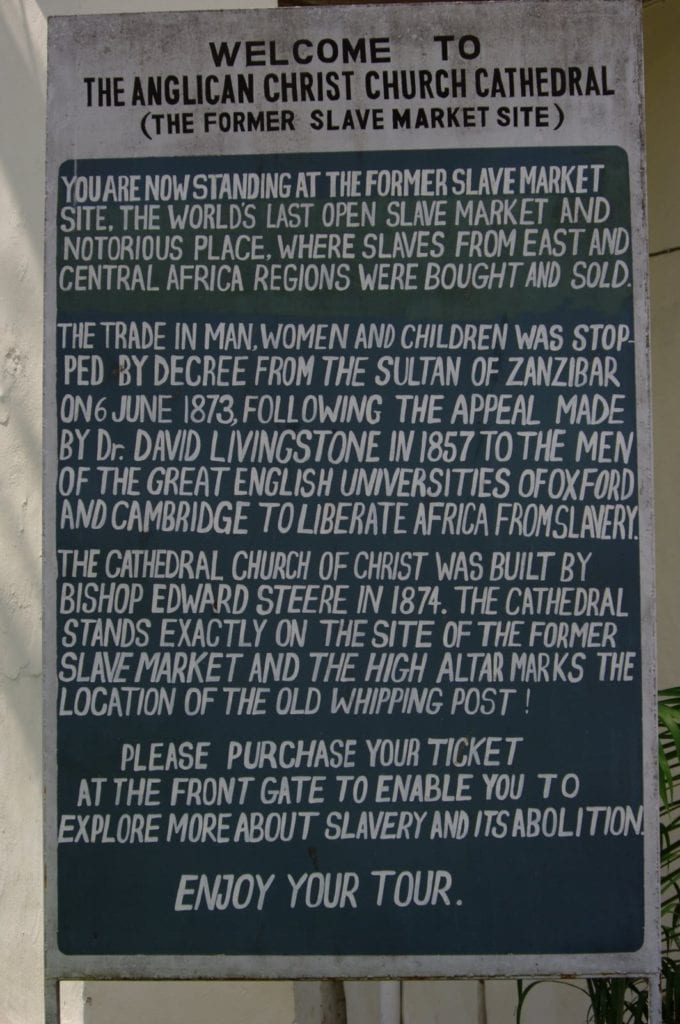 This town was the center of the slave trade in the 1800’s and the suffering that was caused to both men and women is almost tangible.

The statue to commemorate the slaves that is to be found outside the Anglican Church brings home the despair and suffering that one group of humans was capable of inflicting on others. The church was built shortly after the slave trade was abolished and just in front of the alter is a circular piece of marble that now marks the spot where the whipping post once stood and where many slaves were beaten to death. 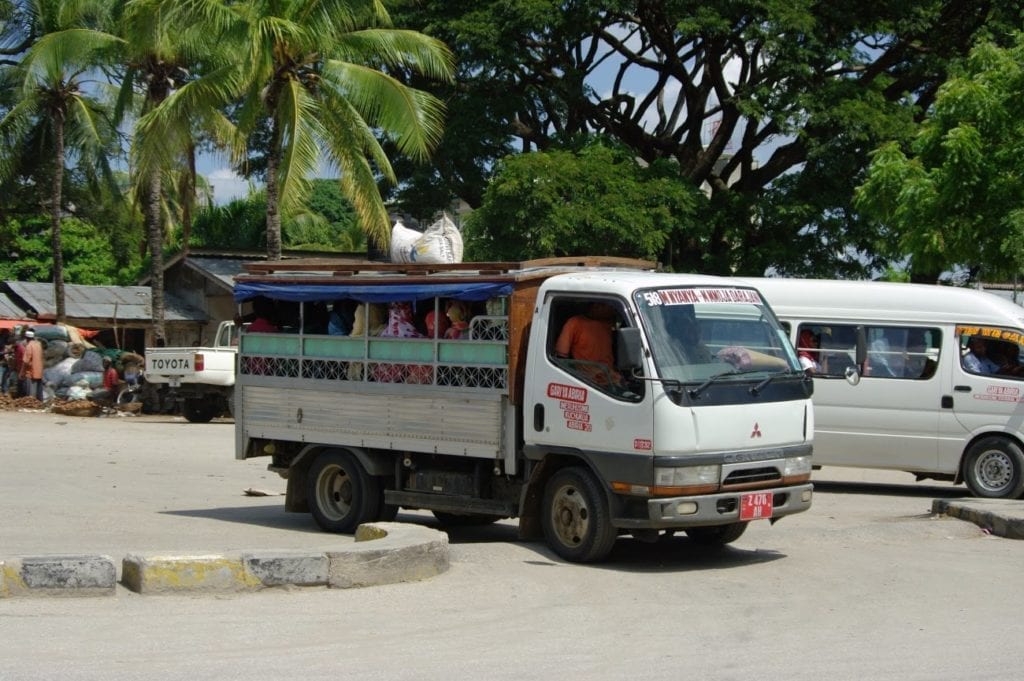 The town abounds with curio shops and vendors who will follow you for several blocks given half the chance. 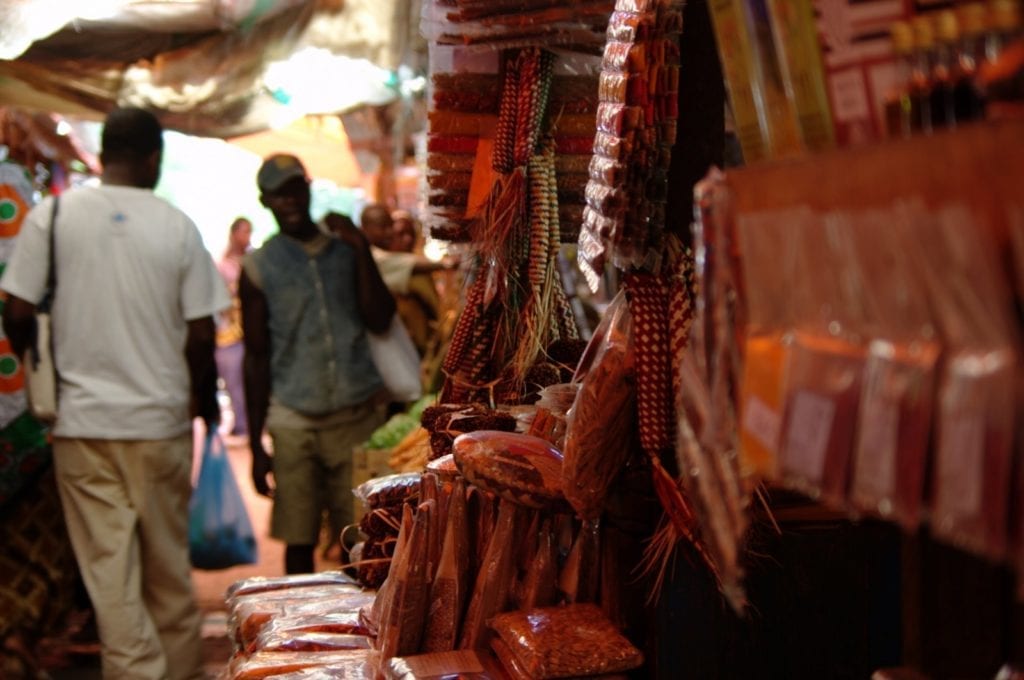 The main fruit, meat and fish market is also well worth a visit…if to can ignore the blood, flies and a variety of hanging dead things that defied identification.
On our way back to our guest house we stopped of at the Zanzibar Butterfly Center, which unfortunately was closed. I was able to get a look inside the large aviary that houses approximately 200-300 butterflies. 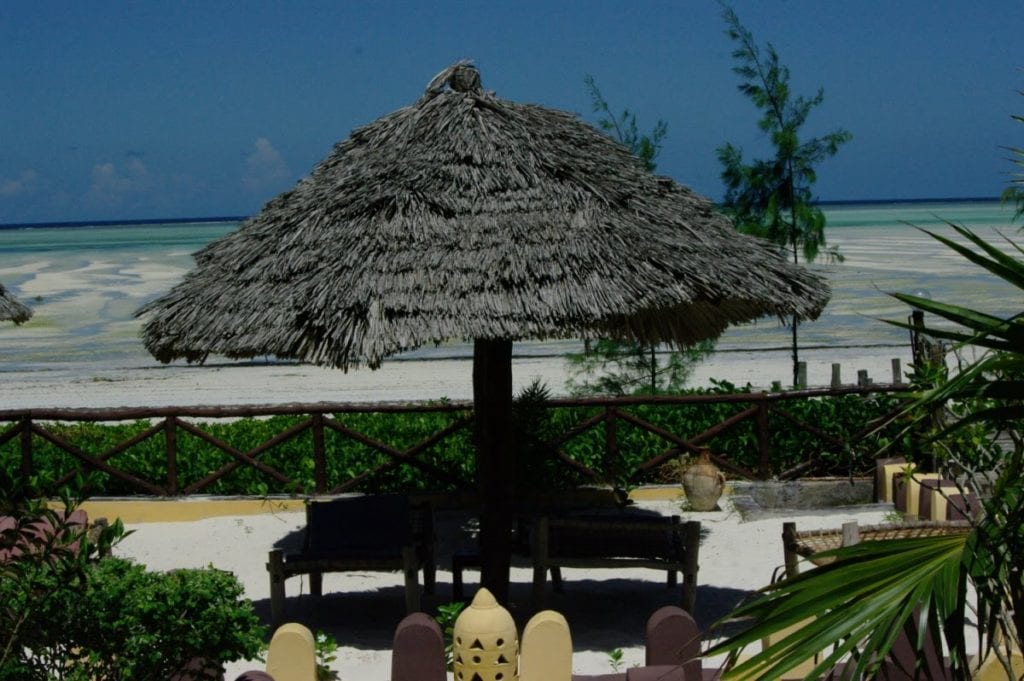 Our last day in Zanzibar was spent doing what sane people should just before going home…NOTHING. Both of us had spent all our energy running around in 100 %+ humidity that we decided to give ourselves a well earned break and relax before re-entering the rat race that Johannesburg has become. 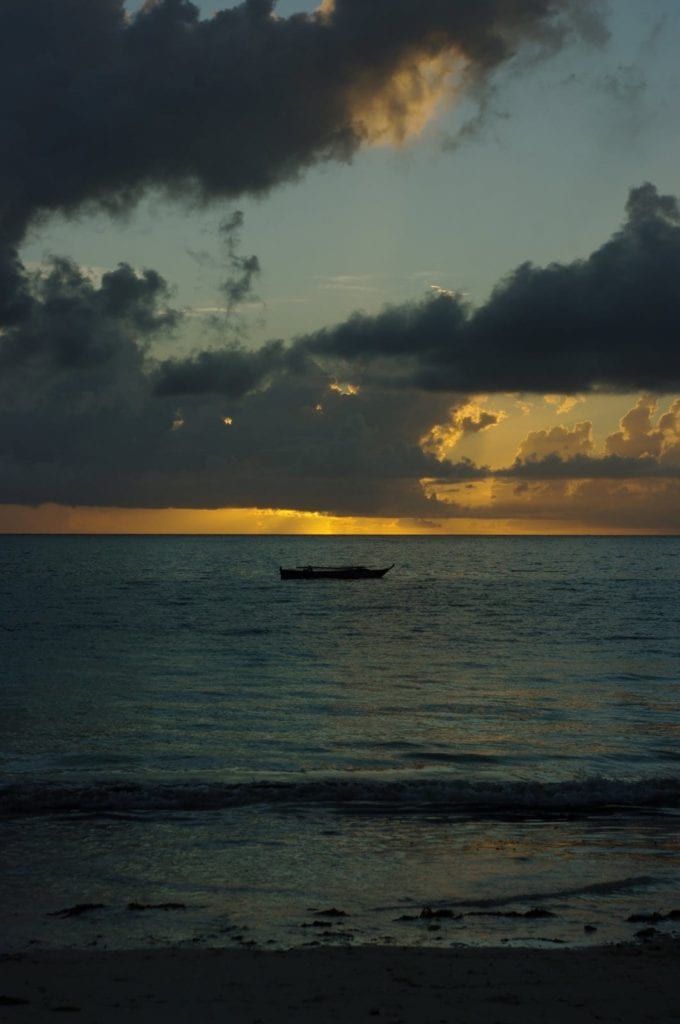 We can certainly see why Zanzibar is rated as an ideal holiday destination, but we would recommend that you steer clear of the more built up areas and get to know the locals in and around Paje.
Our tour package was put together by Dream World Adventures and Dawie was a pleasure to deal with.