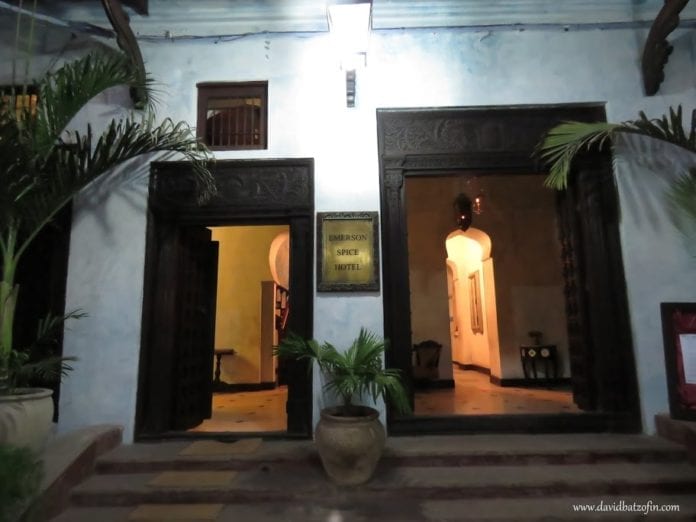 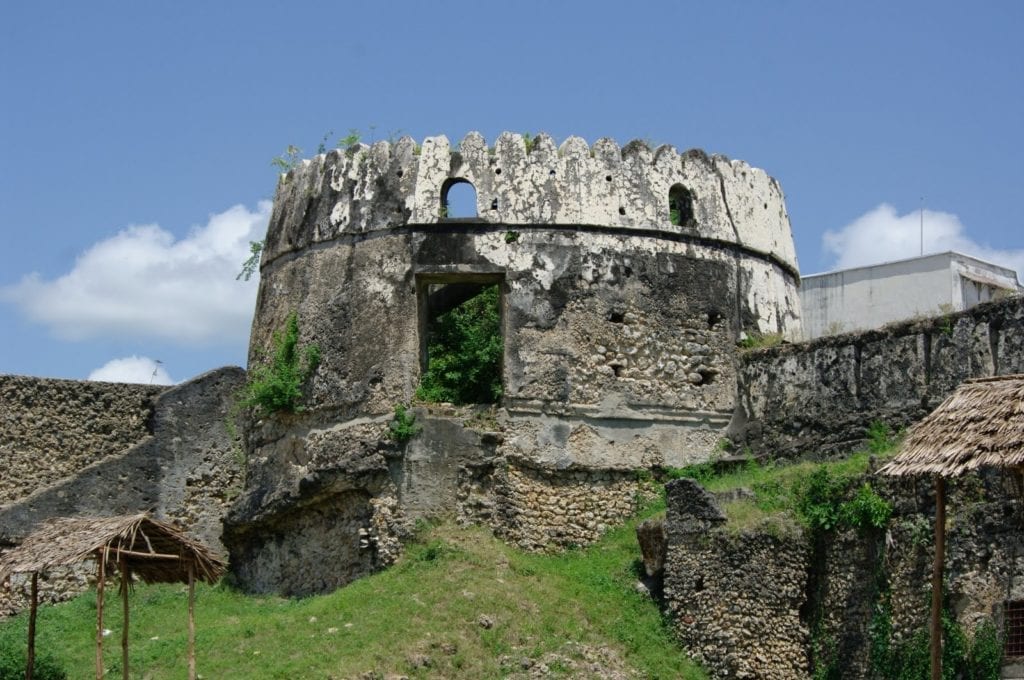 Airport is like any small town airport with the customs inspection being almost non existent (the one official did seem to be on the look out for a hand out but I just ignored and joined the queue.
As with most African airports everyone wants to push you r trolley or carry your baggage,I do this myself as I have learned that retrieval of said baggage can be costly.
Day tours were organized via our guest house and we took full advantage of what was on offer…no sitting around on the stoep reading a book for us! (my wife believes in filling every minute of every day that we were away)
No speed limits.
Sea temp around bath hot.
Great night sky
Vegetables on Island includes tomato, carrots, potato and green peppers
Speak Swahili
It would pay for you to check with your travel agent/tour operator as to whether the power is working or not. The island is served by an undersea cable from the mainland which has been causing problems for months. Most establishments have generator back up which seems to be used rather sparingly.(We recommend that you pack a torch anyway…even if there is power, you can use it to spot the Ghost crabs on the beach)
Guest house comes highly recommended, if somewhat basic. However if you want loud music and plenty of tourists to interact with, there are establishments that will cater for that. We chose the peace and quiet of the far side of the Island
Zanzibar was the birthplace of Freddy Mercury
Staff very friendly.
“You’re welcome” and Hakuna Matata”(no worries) seem to be the most heard Swahili phrases on the Island
Got to watch a King Fish being cut up for following nite dinner.
Problems with electricity…but might have been resolved.
Kite surfing
Great fishing
At low tide the sea disappears into the Indian Ocean. Like Ozzie Osborne trying to chase away the sea, it retreats for about a kilometer at low tide. 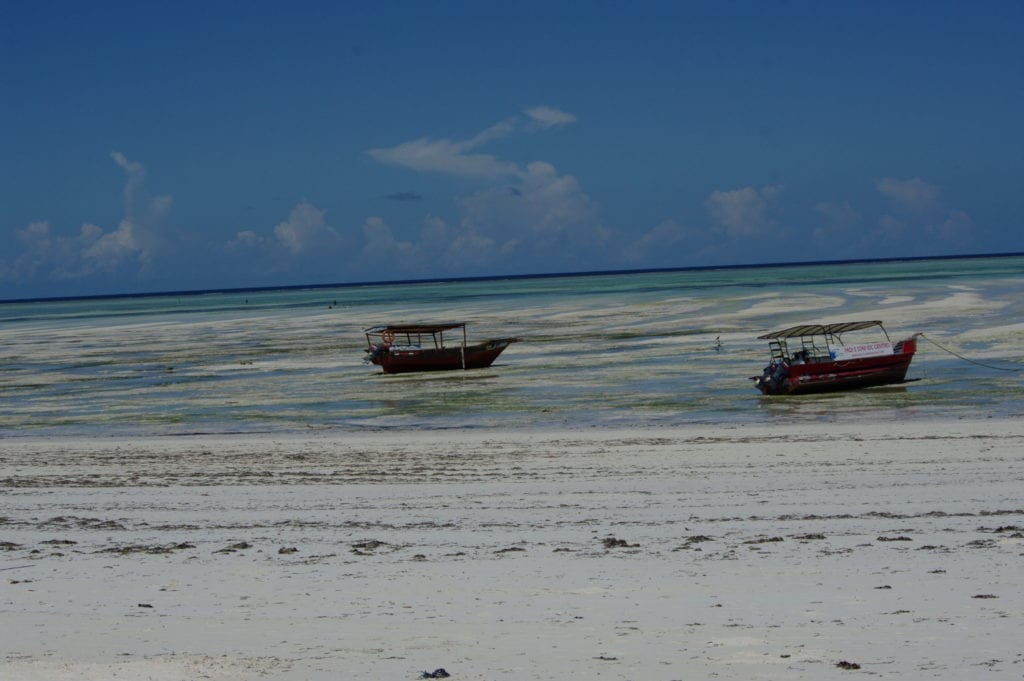 Very strange to see Dhows left high and dry.
Lots of scuttling crabs out at night
Lots of bicycles and scooters.
Roads are in reasonable condition, but like most Indian Ocean Islands they are REALLY narrow.
The local “busses” would put our taxis to shame. They are filled to the brim, with passengers and the conductor hanging off the back of the vehicle.
Very humid and not even the wind could cool us down.
The sun rose almost opposite our front door and was, as always, spectacular! For the 1st time in a long while I got to run along the beach during our stay.
Bed, like beds in India was about ½ m off the ground and enormous with a mozzie net.( Staff come to spray the net late in the evening and we took anti-malari meds as well as using mozzie patches and citronella oil. Room might have not smelled great, but it certainly seemed to keep the mozzies away.
Bottled water is plentiful and you need to drink lots
I discovered that there was a Wi-Fi connectability in our room and I also bought a Zantel sim card to main contact with the “outside” world.
Dinner was fish curry and rice for wife and grilled King Fish with veggies for me.
The hotel manager told me that the majority of the locals eat fish most every day.
I witnessed some small boys fishing in the late afternoon (with great success) and I assumed that the catch was destined for the family dinner table.
Breakfast was a fruit juice (mixture of pineapple and mango) followed by scrambled eggs/Spanish omelet with a pancake and a slice of cake. My wife liked the pancakes so much that seconds were ordered. I noticed the table opposite ordered double pancakes, but they had already been at the hotel for a week and knew what to order!
I had been up for a while to watch the sunrise and to go for a run along the beach(only then could I allow myself a pancake!) Breakfast was followed by a walk to the local supermarket, which was closed(it was Sunday) but we did come across a camel wandering the streets of the village behind our hotel. Once the local spotted us we were followed by groups of local children shouting “Jambo’ and asking for biscuits.
The curio shop owners, once they found out we were from South Africa all wanted to know about “Bafana Bafana” and why the team lacks a good striker! Several years ago the cry would have been “Nelson Mandela”. Although Zanzibar does not have a national team, the population does play and watch the game.
Tourism makes up about 40% of the G.D.P of Zanzibar with spice sales making up the other major portion.
Before breakfast there was a brief rain shower which cooled things down, but unfortunately that soon passed and the heat made us seek shade and a comfortable chair.
My wife seems to be able to unearth a massage in the most remote locals, and this trip was no different. No sooner had we arrived than she had sourced a masseur for a treatment and a henna tattoo.
For dinner I decide to stick with the fish, which I knew was really fresh( I had seen the local scrawny chickens and I did not fancy having any of them as a meal)
With the number of South African tourists it was almost inevitable that I would bump into a local Zanzibari the spoke Afrikaans. His“Hoe gaan dit”? was followed by gales of laughter and “Lekker soos’n krekker”!
The one thing that struck me about Paje was the fact take the crows seem to have ousted all the resident bird-life including gulls. Much like Indian minors in South Africa, this invasive species seems to dominate the island.
During a beach walk my wife had discovered a sea food restaurant right on the beach which is where we had dinner on our second night. We once again stuck to fish, this time the catch of the day was tuna. Done to perfection and served with great potatoes and salad. On this stretch of beach, this pace seems to be the one most popular. So go early, or book a table.
Guests to Zanzibar can hire scooters or bicycles but driving on these narrow roads is NOT for the faint hearted. Even as I passenger my heart was in my mouth on several occasions as we missed other road users by what seemed like millimeters!
Dive with Buccaneer Divers (ask for Alex)
Situated about 200m from Arabian Nights this dive shop offers not only dives but “holiday courses” as well. Situated on the same property is a kite boarding school should you want to try your hand at skimming along the water like a stone.
They offer several dive sites both inside the lagoon as well as outside for the more adventurous divers. Remember to check in with them when you arrive in Paje to find out what dives are on offer (dive sites are tide and wind dependent)
They do have gear for hire but I took my own regulator, dive computer and mask along.
Our tour package was put together by Dream World Adventures and Dawie was a pleasure to deal with.